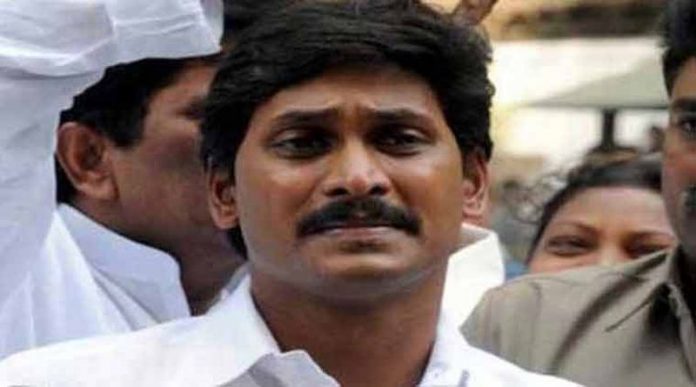 New Delhi/Amaravati: Andhra Pradesh Chief Minister Y.S. Jagan Mohan Reddy on Wednesday met Prime Minister Narendra Modi in New Delhi and reiterated the demand for Special Category Status (SCS) to the state in the light of the observation made by the 15th Finance Commission.

The chief minister brought to Modi’s notice that the 15th Finance Commission made it clear that according special status to the state is in the purview of the Centre.

Jagan, as the chief minister is popularly known, sought early release of pending funds to the state including the funds for Polavaram project.

As this was Jagan’s first meeting with Modi after the state government decided to develop three state capitals, the chief minister explained the rationale behind the move.

Jagan informed the Prime Minister that the state Cabinet has approved to have the executive capital in Visakhapatnam, the legislative capital in Amaravati and the judicial capital in Kurnool for which a Bill was passed by the state Assembly.

According to an official release, the chief minister urged Modi to take steps for setting up the High Court in Kurnool. He outlined the need for decentralization of administration and development in the state.

With reference to the decision to abolish the Legislative Council, Jagan told him that this decision was taken as the Council had lost its utility and going against the bills passed by the Legislative Assembly. He urged the Prime Minister to direct the union law ministry to take necessary action in this regard.

In a meeting which lasted over 100 minutes, Jagan discussed various state-related issues with Modi.

Pointing out that the project is yet to get administrative sanction, Jagan called upon the Centre to make special efforts in this regard. He informed the Prime Minister that so far the state government spent Rs 3,320 crore for the project which has to be released by the Central Water Resources Ministry.

The chief minister informed that as per the Andhra Pradesh Reorganisation Act, the Centre had agreed to compensate the state for the financial deficit of Rs 22,948.76 crore. He said that the Centre was yet to release Rs 18,969.26 crore.

The Chief Minister informed that the Centre had released only Rs 10,610 crore during this financial year and urged the Prime Minister to direct the Union Finance Ministry to release the pending funds. He also urged the Prime Minister to take the initiative for the construction of Kadapa Steel Plant and release funds for Ramayampet Port. He also sought the release of funds for the linking of Krishna and Godavari rivers.

With reference to the allocation of Rs 2,500 crore for construction of the state capital, he reminded that only Rs 1,000 crore was released by the Centre. He sought the release of the pending funds for the purpose.

Regarding the allocation of funds for the backward districts, the chief minister reminded that only Rs 1,050 crore was released during the past seven years and there has been no allocation for the past three years.

Jagan invited Modi to the historic event of the distribution of 25 lakh house-site pattas to the landless poor in the state on Telugu New Year day Ugadi on March 23.