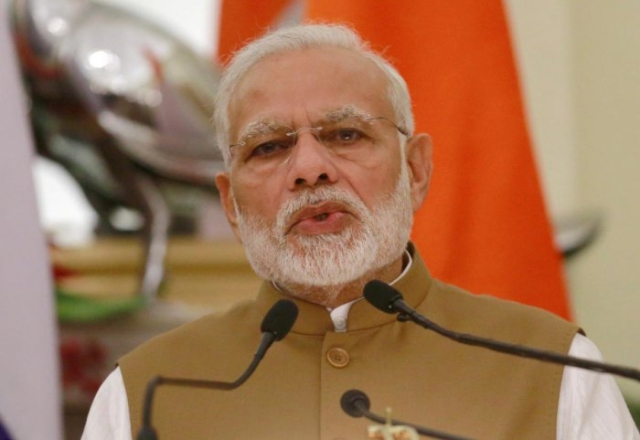 As corrupt as them,’ Modi calls Congress manifesto ‘hypocricy document’

Pasighat: On the campaign trail on Wednesday, Prime Minister Narendra Modi mocked the Congress’ pro-poor and welfare manifesto as a “hypocricy document.”

In an election rally in Arunachal Pradesh’s Pasighat, Modi said the manifesto is full of lies. “It is just like the. Corrupt,” he said.

The Prime Minister added that his party’s work stands tall against the Congress’ “apathy and loot”.

Modi thanked the people of Arunachal Pradesh for their cooperation that has helped his government to implement various projects in the state.

“With your support, we have been able to develop roads, national highways, railway network and improved air connectivity of the state with the rest of India. It is the result of your trust and confidence in us,” Modi said.

Putting the agenda for voters forward for the crucial 2019 Lok Sabha polls, Modi said, “This election is about choice between trust and corruption, between resolution and conspiracy.”

Modi took a dig at the Congress’ attempts to woo farmers in its manifesto. He said: “The BJP government has never asked for votes by fooling farmers.”

He touched upon Congress’ stand on national security and asked, “Is the Congress’ hand with the country or with those conspiring against it?”