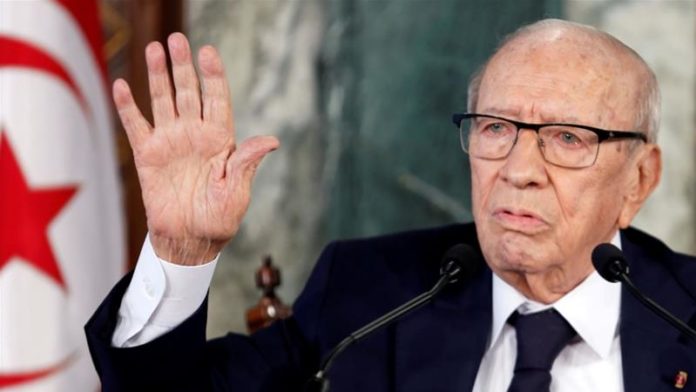 Addis Ababa: The African Union (AU) has expressed its condolences over the death of Tunisian President Beji Caid Essebsi.

The 55-member pan African bloc, which expressed its condolences over the death of the North African country’s late President Essebsi in a statement issued on Saturday, also announced a three-day mourning to honour the legacy of Tunisia’s veteran politician, Xinhua reported.

As part of the three-day mourning, the AU’s flag will be flown at half-mast inside the premises of the AU’s headquarters in Ethiopia’s capital Addis Ababa for three days as of Saturday, the pan African bloc revealed.

The late long-serving politician passed away on Thursday at the age of 92.

On Friday, the Tunisian Interior Ministry also revealed that “extraordinary measures” had been taken to secure the funeral for Essebsi, whose first involvement in politics dates back to 1941.

The Tunisian government has also announced that the body of the late president, who took over the Tunisian presidency after winning the 2014 elections, will be buried in Al-Zallag cemetery in the Tunisian capital in a procession that will take place from the presidential palace in Carthage with the participation of heads of state and government from 23 Arab and foreign countries.