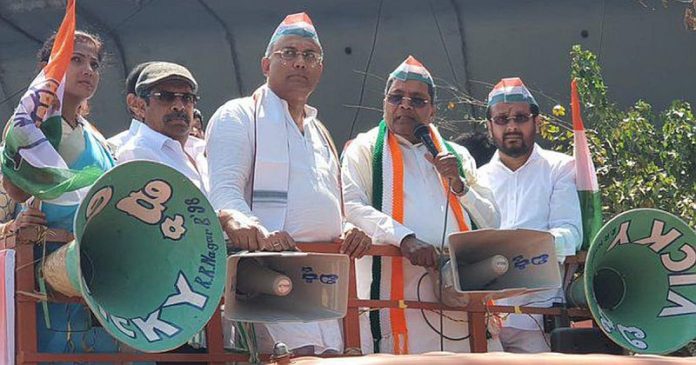 Bengaluru: At the centre of the Bidar sedition case is a school play that expressed dissent against PM Modi and the new citizenship law. Two women arrested in connection with case have been granted bail. Meanwhile, here’s what happened at a Congress protest in Bengaluru.

Siddaramaiah and several other Karnataka Congress leaders were detained Saturday as they marched to the chief minister’s home in Bengaluru to protest a sedition case involving a Bidar school.

At the centre of the case is a school play that expressed dissent against Prime Minister Narendra Modi and the amended citizenship law (the school has said no such play was staged). Two women — the headmistress of the Shaheen School and a students’ mother — were arrested but later granted bail.

Siddaramaiah said Thursday that the mother’s arrest was “unconstitutional and high-handed”.

“Mothers of this state will not pardon [Chief Minister BS Yediyurappa] for separating the mother and her daughter,” he said.

On Saturday, Siddaramaiah and other Congress leaders attempted to march to BS Yediyurappa’s home in the state capital to protest what they see as the BJP government’s misuse of the state police.

One of the leaders shouted that Karnataka had become a “police state” as he was being detained.

In his Thursday tweets, Siddaramaiah said BS Yediyurappa seemed “to have lost his common sense”.

“[The] archaic IPC and other antiquated laws, which were framed a century ago, have…to be reviewed,” he said.