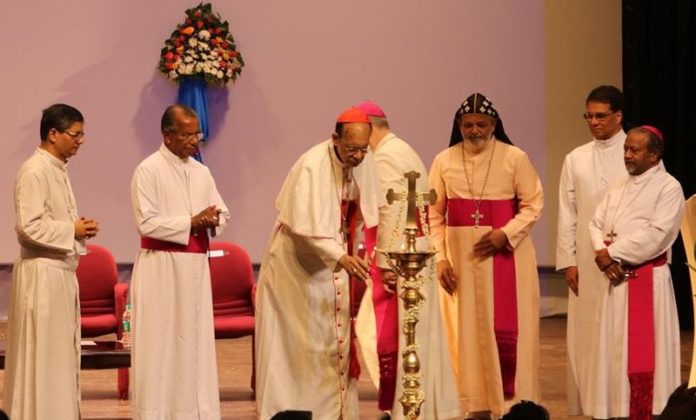 Bengaluru: The 34th Plenary Assembly of the Catholic Bishops’ Conference of India released the Final Statement as the Assembly came to a close. The new Secretary-General, Dr Felix Machado, read out the Final Statement and the participants unanimously approved it. The participants were also informed about the 35th Plenary Assembly to be held in February 2022 and the dates for which would be communicated to them later.

The participants would be expected to implement the themes of the Final Statement in the respective dioceses with the co-operation of all priests, religious, lay faithful and people of goodwill.

The details of the final Statement said, “We, the192 member Bishops of the Catholic Bishops’ Conference of India, assembled for our XXXIV Plenary Assembly at St. John’s National Academy of Health Sciences, Bengaluru from 13-19 February 2020.” Prompted by our fidelity to Jesus Christ and unflinching loyalty to our beloved motherland we reflected, meditated and deliberated on the ever-relevant theme, “Dialogue: The Path to Truth and Charity.” The bishops also sought to sincerely evaluate the quality of our apostolic ministry and be renewed in the Spirit to be servant leaders of our people after the heart of Christ who came “to serve and not to be served” (Mark 10, 48).

The Church, the community of faith in Jesus Christ, has integral and all-inclusive dialogue at her heart. Indeed dialogue belongs to the very essence of the Christian faith. All through her history, the Church has made earnest efforts to engage in dialogue at different levels. As a community of human beings, the Church lives in civil society and body politic, continuously inspiring us to be loyal citizens of India. The noteworthy contribution of the Church in the field of education, health care and social transformation has been consistently acknowledged by the people of India. 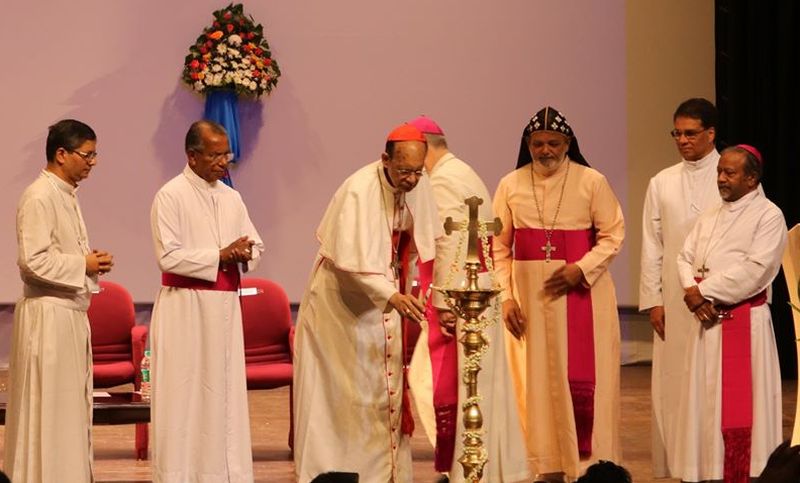 The hallmark of Indian society is its pluralism. From ancient times, India has been a mosaic of many religions, cultures and languages with a strong Indian identity. What unites us is stronger and deeper than what divides us. We are proud of our Constitution that envisions a Sovereign Socialist Secular Democratic Republic which resolved to secure for all its citizens’ Justice, Liberty, Equality and Fraternity as enshrined in the Preamble. Justice is spelt out as social, economic and political; Liberty is explained as liberty of thought, expression, belief, faith and worship; and Equality is understood as equality of status and opportunity. These Constitutional values form the ethos of Indian identity that promotes fraternity, the dignity of the individual and unity and integrity of the nation. Every citizen must be ever vigilant against all attempts to undermine the ennobling human vision of the Constitution so that our beloved country ever remains united. 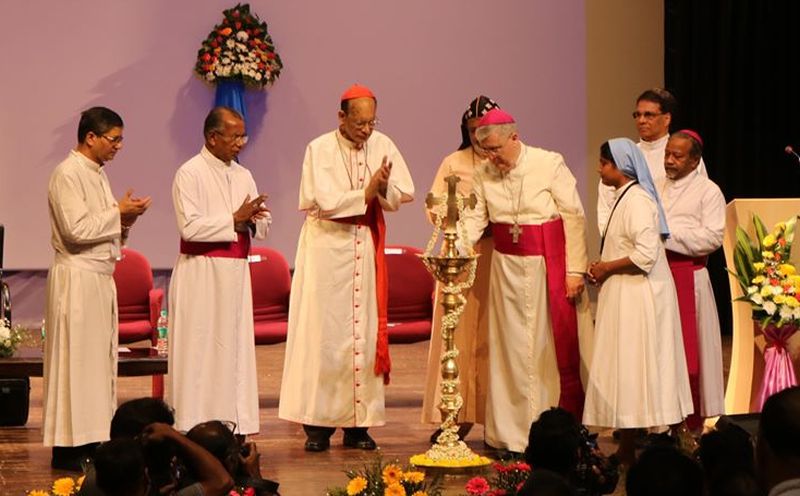 Various streams of thoughts running through the biblical texts enrich our understanding of the necessity of dialogue among peoples and cultures. Dialogue with other religions is integral to the Biblical Revelation. The different aspects of dialogue in the Bible are rooted in our faith in God as Trinity: God as the Creator of all, the universal presence of God’s Spirit, and Jesus as the Saviour of all mankind. 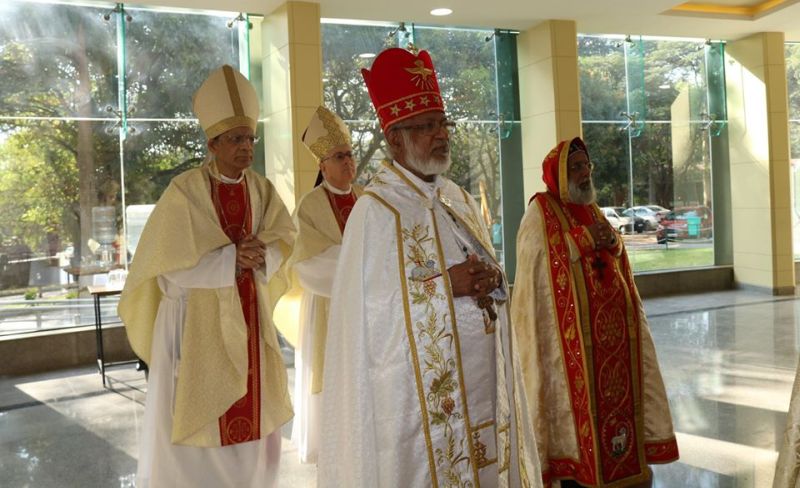 In the Gospels, Jesus’ encounters with people reveal that God is the Father of all. The Kingdom of God that Jesus preached embodies the love of God, irrespective of race, sex, colour, class, language and creed. The Good News of Jesus calls upon humanity to establish a society of justice, equality, love, forgiveness and peace. Dialogue begins and grows when we open ourselves to the Lord, and by committing ourselves to his words and deeds, live the mystery of his death and resurrection which paves the path to truth and charity. For example, in the dialogue with the Samaritan woman, Jesus unveils the true horizons of relating to God in truth and spirit. He starts with the dialogue of life and moves to the dialogue of action which is followed by the dialogue of sharing the religious experience and eventually the dialogue leads to the witnessing of truth.

The Church encourages believers to respect each other and one another’s religious tradition, thus cooperating with one another to promote peace and harmony and work for the common good of all. Pope Francis has urged all people of goodwill to make every effort to establish peace in society by “inviting all persons who believe in God to unite and work together, so that it may serve as a guide for future generations to advance a culture of mutual respect in the awareness of the great divine grace that makes all human beings brothers and sisters…called to express this human fraternity by safeguarding creation and the entire universe, and supporting all persons, especially the poorest and those most in need…” (Document on Human Fraternity, 4th February 2019, Abu Dhabi). 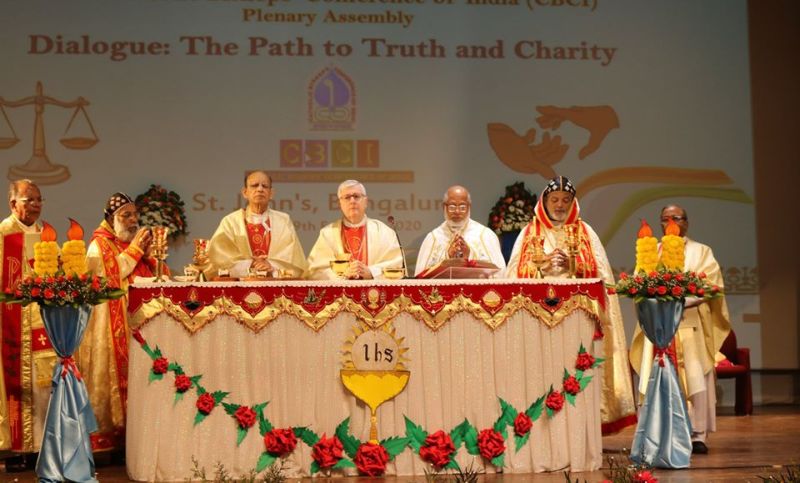 Dialogue is rooted in the very vocation of the Church. Being open to dialogue, calls for being absolutely consistent with one’s own religious tradition. Believers enter into each other’s depth of life through dialogue.

DIALOGUE WITH CULTURES AND RELIGIONS

Every community that lives in India possesses its own cultural identity with its richness, which must be respected at any cost. Attempts to homogenize and impose a mono-cultural pattern pose serious threats to the cultural patrimony of our country. As our Constitution envisions, there not be any meaningful dialogue of culture without acknowledging the primacy of human person. People of every culture and religion and those who profess no religion must be esteemed with mutual respect which eventually leads to human fraternity. No culture or religion shall dominate over other cultures and religions. Subduing certain cultures by the dominant culture will destroy the brotherhood and harmony existing in the country. “The enemy of fraternity is individualism which translates into the desire to affirm oneself and one’s own group above others. Religious behaviour, therefore, needs continually to be purified from the recurrent temptation to judge others as enemies and adversaries.” (Document on Human Fraternity, 4th February 2019, Abu Dhabi).

LIBERATING DIALOGUE WITH THE POOR, THE DALITS AND TRIBAL PEOPLE

Dialogue with the poor, the Dalits and Tribal people is an urgent priority in the context of India. The Dalits and Tribal people are continually denied their human rights socially. Every step taken in favour of their liberation by eradicating poverty, exploitation, discrimination and every other form of sinful structures of society are effective means of dialogue. However, dialogue with the poor shall not be limited only to the works of mercy. The term ‘the Church of the poor’ reflects the constant self-understanding of Christians that the poor stand in the place of Christ, and therefore charity and justice must be an essential and central dimension of what it means to be a follower of Christ.

In this context, we urge the State authorities to take adequate steps to ensure justice to the Dalit Christians and the Tribal people. 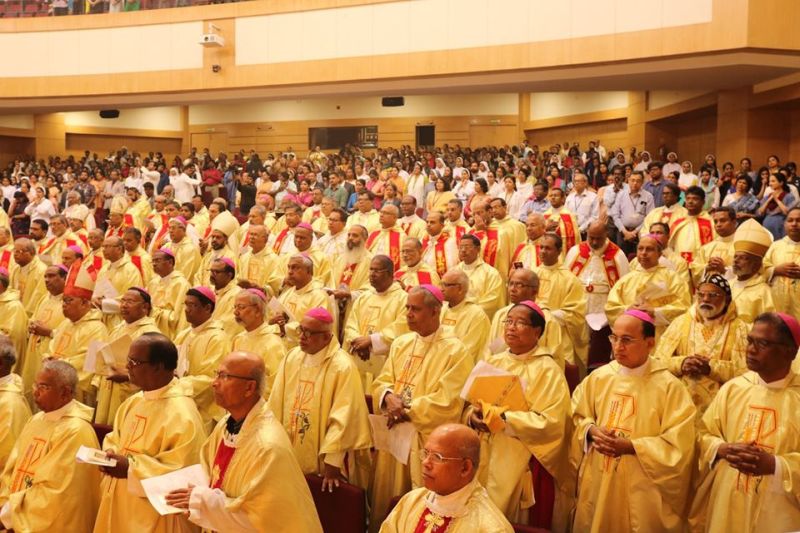 Dialogue with nature is another important aspect. The earth, our common home, which was created to support life and give praise to God, is crying out with pain because human activity is destroying it. All who believe in God and all people of goodwill have an obligation to protect the ecological equilibrium of the earth, intended by the Creator. Therefore dialogue with nature includes serious steps to mitigate climate change, clean the land and the seas, and start treating all of creation with respect and concern.

DIALOGUE WITH THE UNBORN

Dialogue should not be limited to those who are born; rather the right to life of the unborn must also be taken seriously into account. We believe that the human being is to be respected and treated as a person from the moment of conception, that each and every human life has inherent dignity, and thus must be treated with the respect due to a human person from womb to tomb. The steps to legalise the abortion even to the extent of six months must be condemned as a gross injustice which undermines the right to life of the unborn. We appeal to the State authorities that it immediately withdraw the Bill in the Parliament. 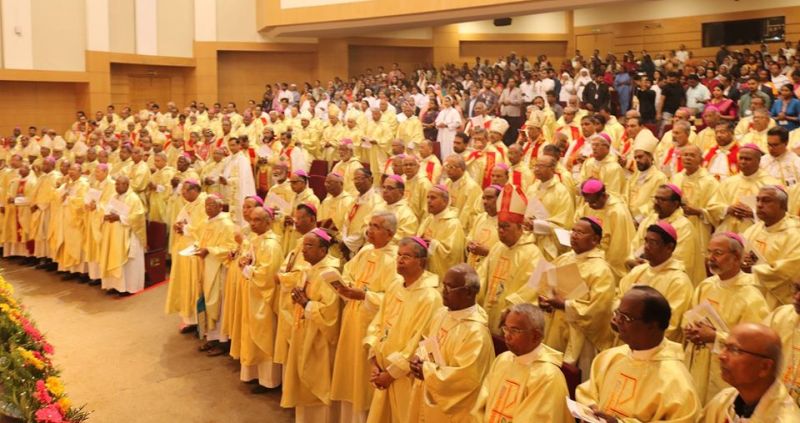 Dialogue in India should aim at collaboration in areas such as peace-building, protection the environment, eradication of poverty and ensuring the human dignity of all, especially of women and children. Besides, it means that we condemn all wars, violence and terrorism that create insurmountable blocks to dialogue. We pledge ourselves to engage in a process of dialogue for a reconciled society.

In the concluding prayer, the participants concluded the 34th Plenary Assembly by praying to God for all those who strive to promote Dialogue in various fields to build a harmonious community all over the country. They also invoked God’s choicest blessings upon all those who are under their pastoral care and upon all the people of the country.