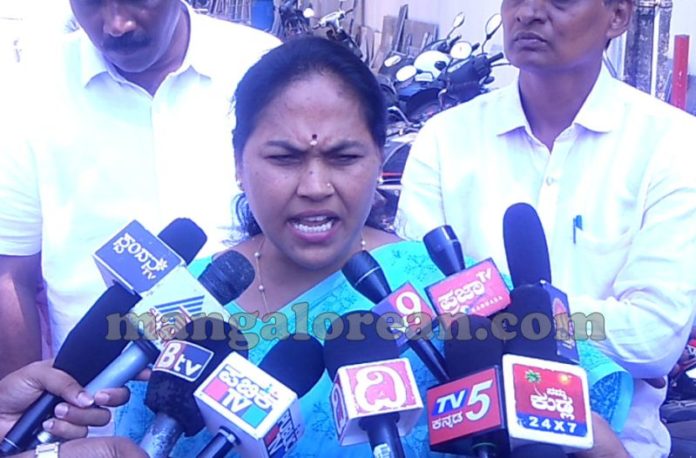 Bengaluru: Bengaluru: BJP leader from Karnataka Shobha Karandlaje said that Kerala has become a terror factory in the wake of bullets and rifles missing from the police armoury. 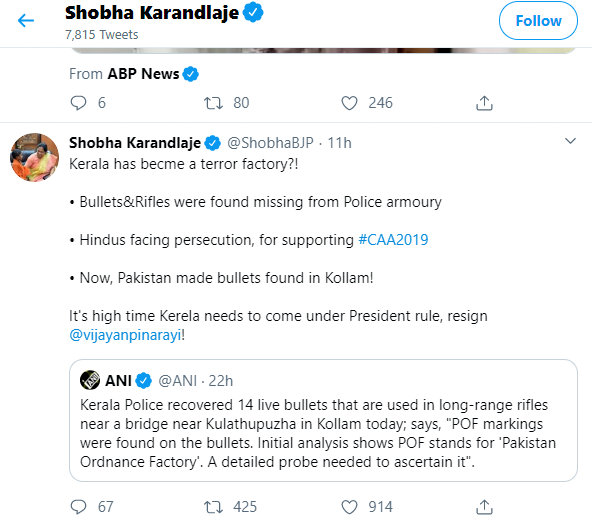 She also wanted President’s rule to be imposed in the state and demanded the resignation of Kerala Chief Minister Pinarayi Vijayan.

Shobha’s twitter post comes in the wake of the Kerala police recovering live bullets used in long range rifles near a bridge at Kulathupuzha. She also said that Hindus are facing persecution for supporting the Citizenship Amendment Act of the Government.

As many as 14 foreign-made bullets were found on the roadside and a probe has been launched by the police to trace the origin. It is suspected that the bullets were Pakistan made. The police have registered a case under the Arms Act.