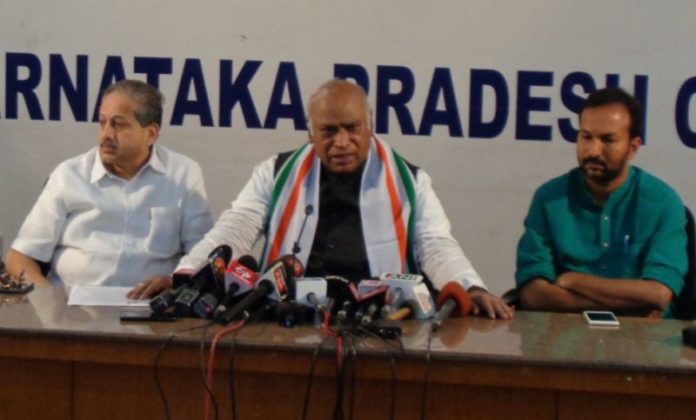 BJP misusing Constitution, will be taught a lesson in Karnataka bypolls: Mallikarjun Kharge

BENGALURU (ANI): Congress leader Mallikarjun Kharge   on Sunday said that the Bharatiya Janata Party (BJP) is misusing the Constitution and they will be taught a lesson in the upcoming Karnataka. 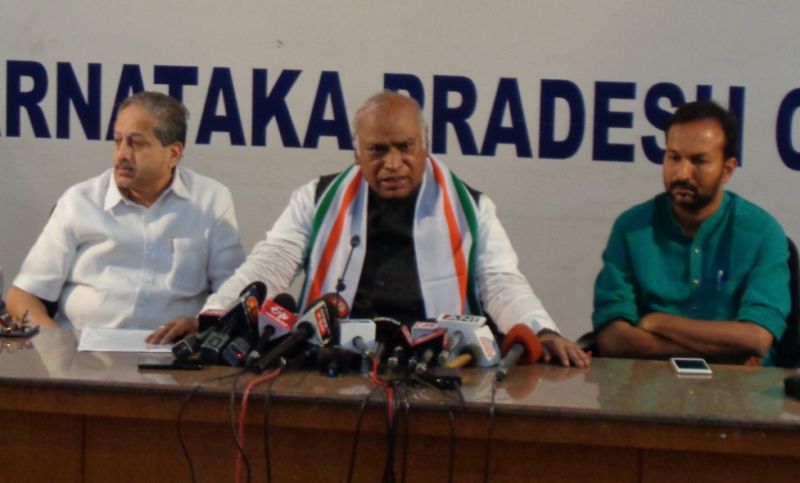 “BJP is misusing the Constitution. So let us see what happens next (about Congress alliance with JDS). People are watching everything how the power is being misused at the state and central levels,” Kharge told reporters at the Karnataka Pradesh Congress Committee  (KPCC) office here.

“It is important to teach BJP a lesson and we have to win all 15 seats. Indicating that the party was not averse to ally with JD(S), he said, “There are sources saying that JDS and Congress will come together to form the government after the bypoll results.”

Kharge further said that all disqualified MLAs will lose in Karnataka as they cheated the ideology and party and people are really angry on them.

He also accused the BJP of using nefarious means to win the elections. “BJP is distributing money to the voters which is dangerous to democracy. At present, BJP is putting pressure even on voters. If they don’t succeed through these means then they raise religious things to fight elections,” he said.

Kharge said that Prime Minister Narendra Modi  of neglectingKarnataka and of being impervious to the state’s concerns.

“The local leadership of BJP promised of bringing funds from the centre if their government came to power in Karnataka but they brought nothing even after such a huge flood. Modi neither spoke about Karnataka nor did he visit the state,” he said.

“In my opinion Modi hates Karnataka, I don’t know what is the reason. Does he hate Karnataka because he hates Yediyurappa? He never helps Karnataka due to reasons unknown to us,” he added.

Speaking on Maharashtra politics, Kharge said: “We formed the government with Shiv Sena even when our President was not in favour of it. But suggestions by MLAs, other parties and leftist parties suggested us to keep BJP away from the power which is why we formed the government with NCP and Shiv Sena. We just wanted to keep the fascist party away.”

The by-elections for 15 out of 17 seats in Karnataka are slated to be held on December 5. The results will be declared on December 9.