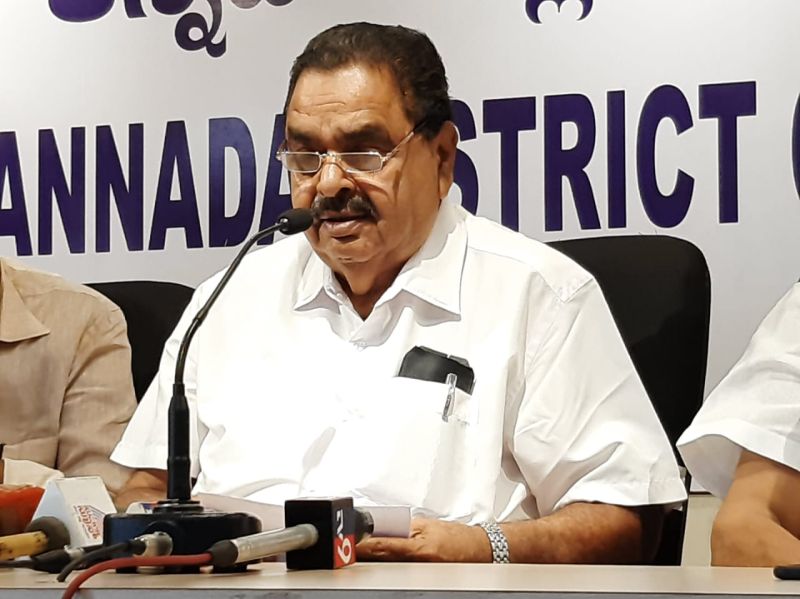 Addressing the mediapersons Ramanath Rai said, “BJP leaders with their power are criticising the Congress party saying that the Congress has no other work. But in reality, the BJP came to power through operation Kamala by using the central government funds. Before Operation Kamala BJP leaders were jobless. When they started Operation Kamala they got funds from the Central government. Congress has worked for the welfare of the people. When Siddaramaiah was the CM he implemented several pro-people projects which are now being completed. But the BJP has no new projects for the District. If there is any development it is during the time of Congress. During Congress ruling, NMPT, Airport, MRPL etc were started and now the BJP is selling everything, the LIC Bonds have been also been sold”.

Ramanath Rai further said, “Six years ago, the Congress party won 7 seats in DK, but now we have won only one seat. The BJP leaders say that Congress will not come to power again. We have lost the elections because the BJP fooled the people in the name of religion. Now the illegal sand mining is rampant, BJP leaders even threaten the police and do not allow any raid on illegal sand mining. When we were in power they were criticising us, the BJP is unable to provide even a single house to the poor. After the natural disaster in Beltangady, many people lost their houses and property but until now no compensation has been given. We are not the one who changes the party every hour. Power is not permanent. Congress is a stable party and it will not die.”