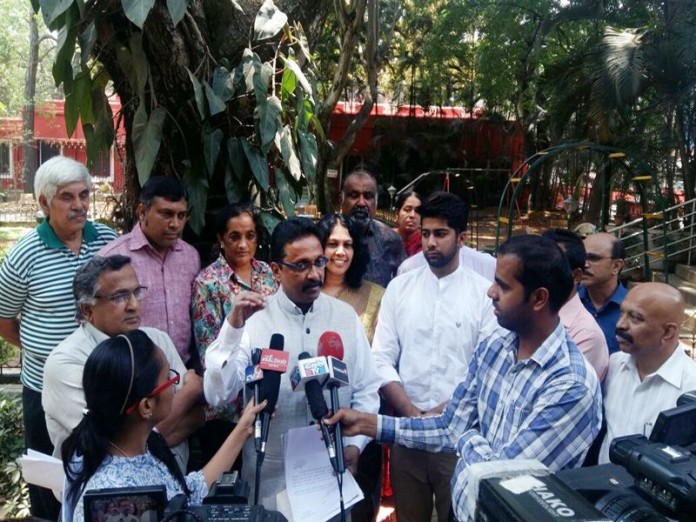 Bengaluru: It is three years since the Ghastly Murder of Fr KJ Thomas shook the conscience of the Catholics/Christians & the Nation on Easter Night in 2013.

We have drawn the attention of the Commissioner of police and the Hon’ble Home Minister of Karnataka etc to the following facts:

That, in view of the above rejection of the Bail Application; Criminal Petitions Crl.P.No.355/2015 A-1 Elias Daniel, Crl.P.No.509/2015 A-2 William Patrick and Crl.P.No.510/2015 A-3 Cormel Peter were filed before the Hon’ble High Court of Karnataka and the Hon’ble Court was also pleased to dismiss all the bail applications with the following ruling:-

The learned Special Public Prosecutor to assist the learned judge in identifying material witnesses so that they can be examined on priority and to dispose of the entire case, preferably within nine months from the date of framing charges. It need not be reiterated that when once trial starts, it will be on a day-to-day basis as per the mandate of Section 309 of the Criminal Procedure Code, 1973.”

That, the Yeshwanthpur Police are fully aware that the above statement can be correct only if it was made before 16/03/2016, the date on which Accused No.8 Selvaraj @ Chesara died at 3.55am, due to (i) Acute Pancreatitis (ii) Type II Diabetes Mellitus & (iii) Hypertension with another significant condition i.e., Ischemic Heart Disease, having a background of chronic Liver Disease which is subsequent to chronic Ethanol intake for 30 years.

That, the Yeshwanthpur Police are fully aware that the accused persons were always available in public and that they have been roaming around in public under the protection and assurance of the Police of not arresting them, even when the Hon’ble Court had issued a Non-Bailable warrant against all the accused.

If the statement of the Yeshwanthpur Police that all the accused persons have escaped and hence the Police were not able to execute the Non Bailable Warrant is meant for the Court, it would amount to concocting evidence in order help the accused to escape freely which is nothing but Perjury and Contempt of Court, attracting amongst other provisions S.218read with section 34, Indian Penal Code for making false reports in the course of investigation or execution of the NBW as a part of official duty of the Police.