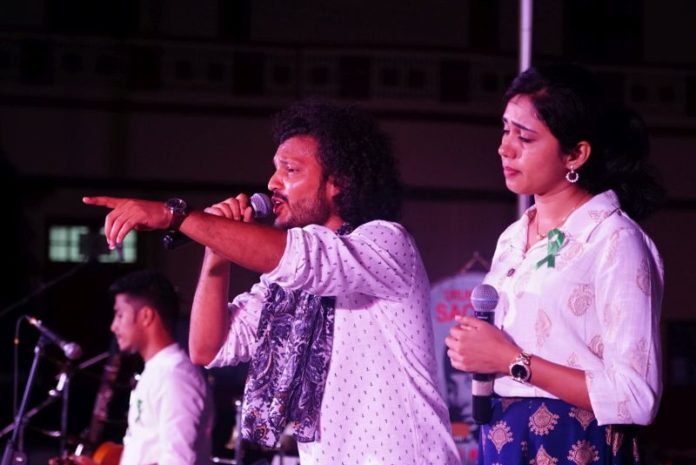 Mangaluru : After the successful ‘Ch’ovto Sur Music Concert’ in September 2019, Jaison Sequeira was back again with another show, and this time it was a multi-lingual music session where he, along with his team ‘The Sur Ensemble’ presented his compositions in Konkani, Kannada, Tulu, Hindi and English, at the St Agnes College Quadrangle, surrounded by trees, a perfect setting for good music- and the Concert was named as “’Sur Project ONE’. As hinted in the title, this was a start to a series of music sessions breaking the language barrier. Jaison was accompanied by his young troupe of vocalists and musicians. 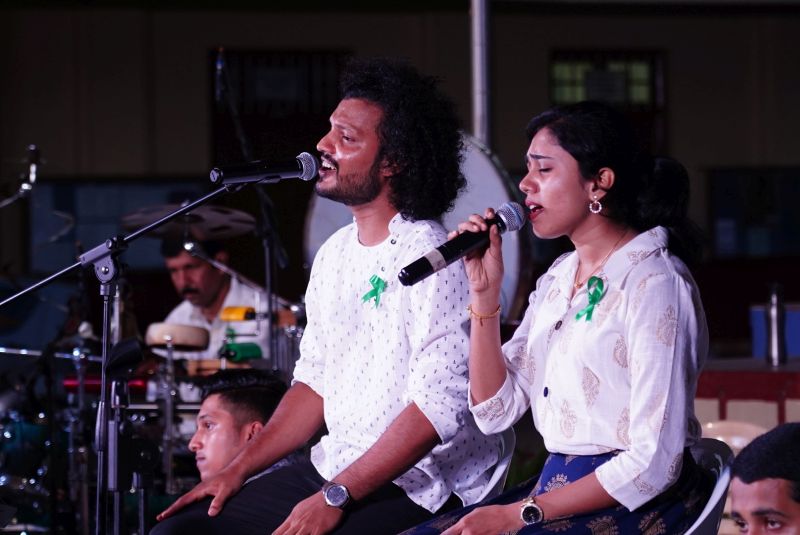 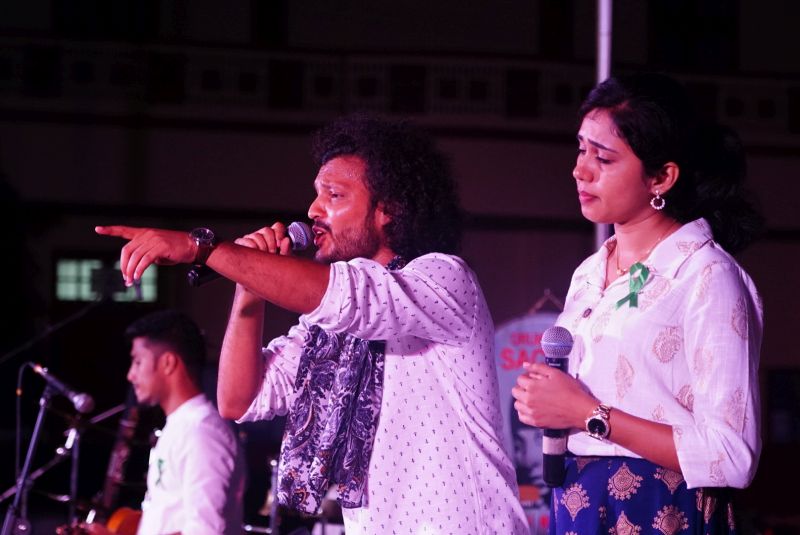 Like Tisro Sur Unplugged, ‘Sur Project ONE’ was like a home concert for a gathering with easy listening numbers and message conveying songs. Blue Angels Choir along with St Agnes College Choir assisted with the harmonies. This event was a trend setter in Mangaluru with its unique ‘Music for all’ concept. Hence it proved to be a event for original music lovers. No doubt, this multilingual concert by Jaison Sequeira and his band ‘The Sur Ensemble’ was a success with a jam packed audience, on cool and pleasant evening. Fr. Antony Lobo, parish priest of Gurpur expressed his joy saying “I missed his previous concerts, but this one made it up for me and will remain in my mind for a very long time”. The crowd predominately Konkanis and non-Konkanis expressed wonder about this young team and their passion for music. One of them even said “This should go international!” All the songs presented were written and composed by Jaison himself. 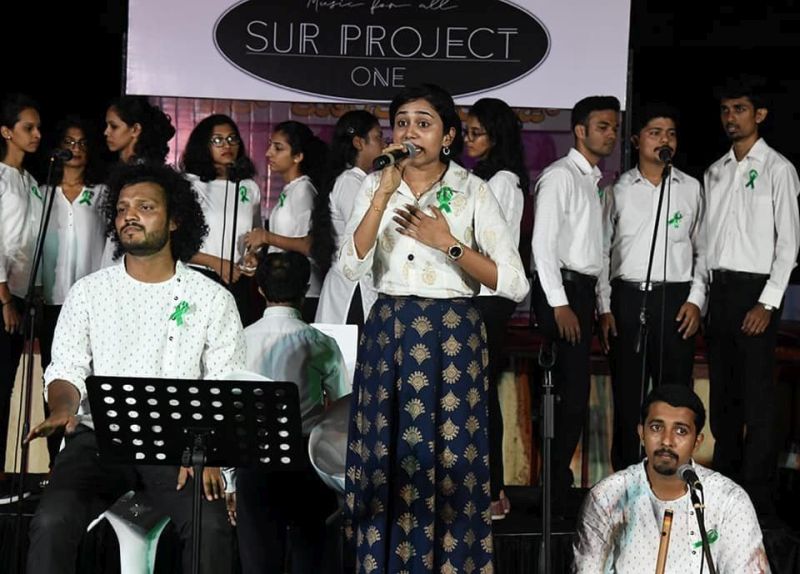 The evening began with a Konkani bhajan ‘Tum Asai Deva’. Followed by ‘Manglluranth’, a song emphasizing the glory and beauty Mangaluru. Since it was a multilingual concert, songs were sung in Hindi, Kannada, Tulu, English and Konkani. ‘Kya hua hai aisa’, ‘Freedom’, ‘You are a Blessing’ are some of the songs that had a message for people suffering from depression. “Most of the times, when people suffer, they just need one voice that says ‘I am with you’. Let us all be that voice. I am doing my part with music. Music has the power to heal.” Jaison told the audience. 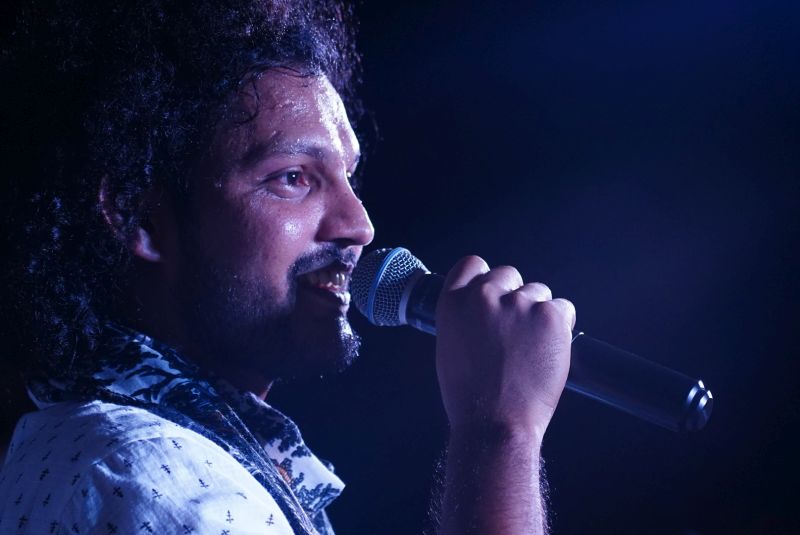 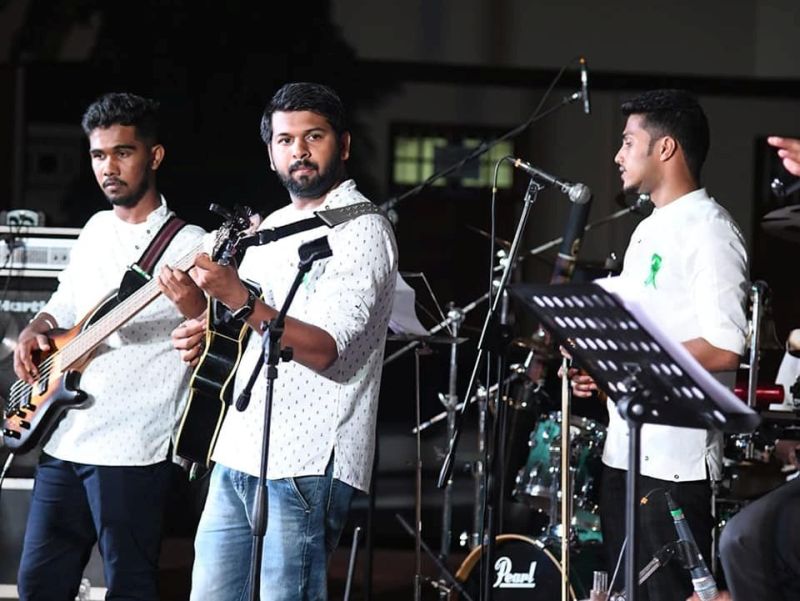 Velita Lobo, Winner of Mhozo Tallo Gaitholo reality show was the female lead vocalist accompanying Jaison. She is a St. Agnes College alumni. A group of 12 singers from Blue Angels Choir and St. Agnes College Choir sang the harmonies directed by Denzil Pereira. Sachin Sequeira played the drums and percussion and astonished the crowd with a 16 bar solo. Russel Rodrigues played the bass and nylon guitar. This 15 year old musician was the youngest in the team and has helped framing the chord sheets for all the songs. Alron Rodrigues was on the keys. Sharwin Fernandes played the lead guitar and Derick D’souza played the rhythm guitar. Donald Preetam played the violin. As a specialty of Sur Project One, Shreeduth Prabhu (Tabla) and Reuben Machado (Flute) surprised the Mangalorean crowd with their Jugalbandi and improvisation. Sound House provided high quality sound throughout the concert. 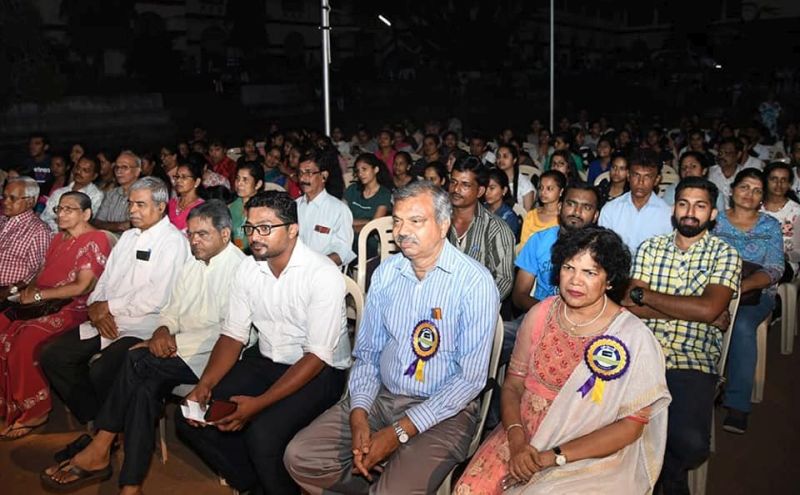 Talking about the multilingual concept, Jaison Sequeira, the 27 year old singer-songwriter from Gurupura said to Team Mangalorean, “Mangaluru is one of the most diverse cities in the country with people of different ethnicities dwelling together, speaking and interacting in Tulu, Konkani, Beary, Kannada and other languages. While Tulu being the major spoken language of the region, people of all linguistic backgrounds are engaged in its art forms, movies and activities and are proud belonging to Tulunadu. But there has been very little or no artistic exchange or occasions of public showcasing of art forms of other languages. I want to try doing it with my ‘Sur Project ONE’ where music lovers can come and get a taste of modern music in all coastal languages. Apart from composing songs in Konkani, which is my mother tongue, I have songs in Tulu, Kannada, Hindi and English. This show will be a great platform for me to share my music with general public and make way for a kind of ‘integration through music’. Therefore Sur Project ONE has a tagline that says ‘Music for all’”. 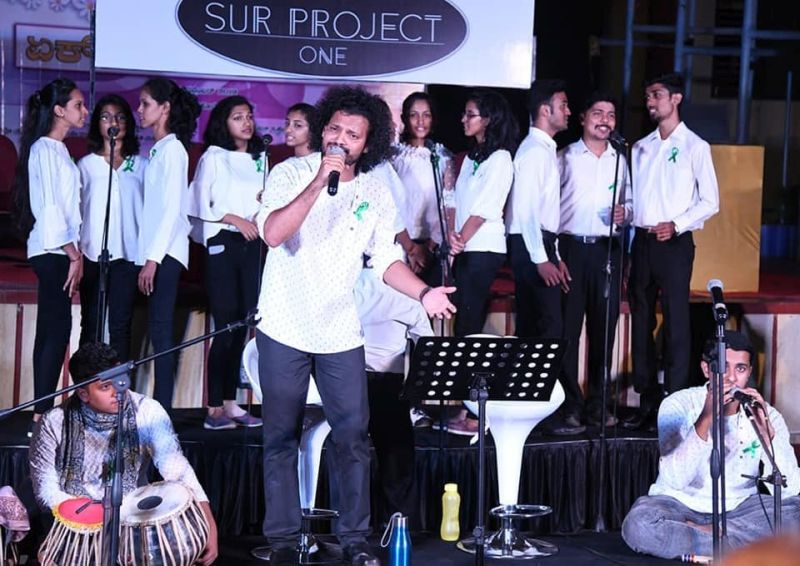 This 1.5 hour concert with 14 songs was witnessed by eminent personalities, writers, artists along with a mixture of young and old audience who praised the idea of Sur Project Series. In parallel, Jaison Sequeira has been organizing ‘Sur Series’ with only Konkani songs and has successfully completed four concerts so far.

Most of the songs in this concert carried a message of hope and consolation to people suffering from depression. This is in response to the increasing number of suicide cases in the coastal districts. “Let us fight depression with music,” said Jaison, who has composed over 100 songs and has released his debut album ‘Ho Jeev’ in 2016. 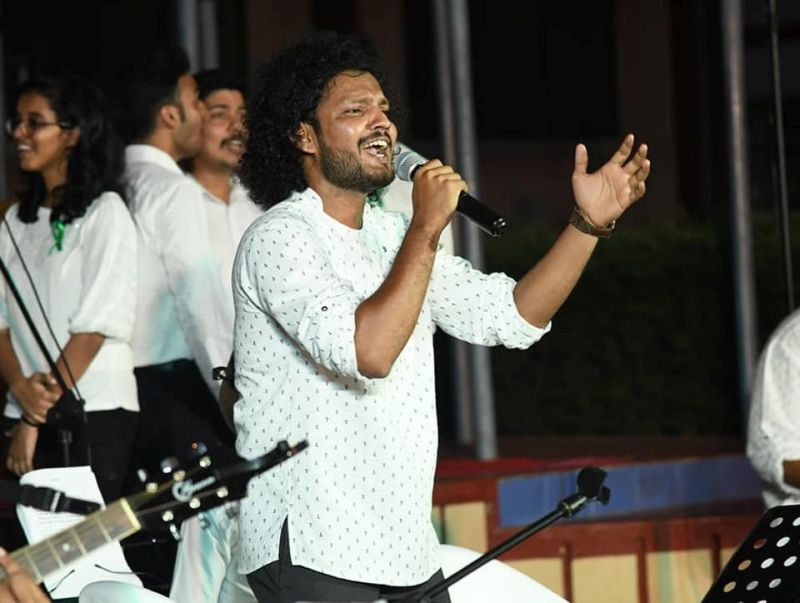 This was his fifth public music event, and he has been successfully presenting a series of music concerts with a suffix ‘Sur’ meaning melody in Konkani. He is the founder of Paypassion mobile app which features latest music albums in regional languages. Presently about 30 Konkani albums are available for sale on Paypassion android app. It is open for producers of other regional languages to list their albums as well. Interested can send an email request to paypassion.in@gmail.com. This event is co-organised by Paypassion, and Mangalorean.com was one of the media partners.