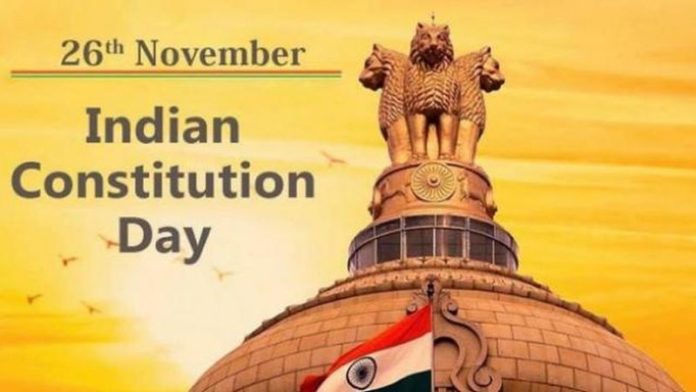 Have We Really Done Away With Our Constitution?

Exactly, seventy years ago on 26 November 1949, the Constituent Assembly of India adopted and gave to “we, the people” a landmark Constitution. ‘The Constitution of India’ is the sacred book of every Indian citizen; it is a bulwark of fundamental rights and directive principles, which are a prerequisite for any healthy democracy. The Preamble, with its emphasis on justice, liberty, equality and fraternity and its commitment to India being and remaining a “sovereign socialist secular democratic republic” spells out the vision and the intrinsic character of the Constitution. The Constitution of India with its minute details is undoubtedly a unique one. Thanks to the vision of women and men of the Constituent Assembly, we can take genuine pride in a Constitution which is forward-looking and all-embracing and which respects the pluralistic fabric of the country.

Today, after several years of having and being guided by a masterpiece, unbelievable events have been unfolding in India. The past five years (up to May 2019) have seen several of them; and ever since, this regime seized the reins of power for a second term (after, what is believed by many, a fraudulent election), a sizeable section of the population is simply dumbstruck. The one question that most thinking citizens of India are asking today is, “have we really done away with our Constitution?” 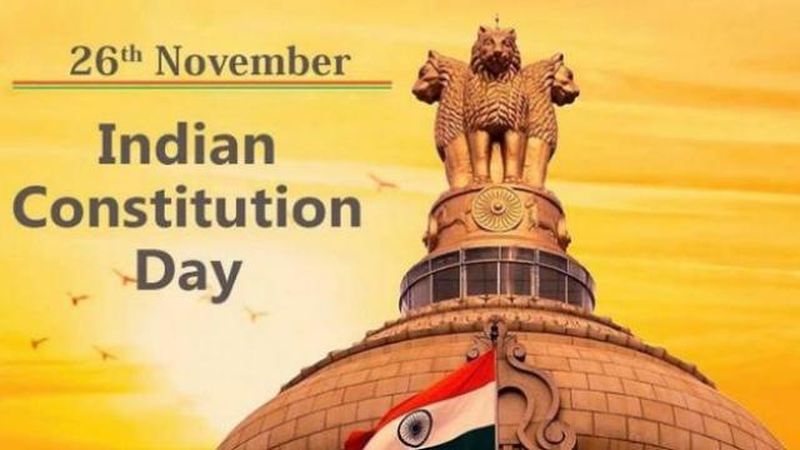 What took place in the Raj Bhavan of Maharashtra in the wee hours of Saturday 23 November 2019, provides a clear answer: “yes, we seem to have done away with the Constitution!” How else can one explain the way, the President threw all Constitutional propriety to the wind and revoked without a Cabinet meeting and a resolution, ‘President’s rule’ in Maharashtra. In a matter of time, the Governor of the State swore in a usurper as the next Chief Minister of the State. How does one explain this ‘tearing and unprecedented hurry’ – even if there are some so-called legitimate provisions in extreme cases? The support for this nefarious act came from a turn-coat of the NCP, who has several cases of corruption against him, and with a commitment by the Maharashtra CM, to put in jail! (strangely, in just about twenty-four hours, the State’s Anti-Corruption Bureau “closes” the corruption cases against him). The Maharashtra case came up in the Supreme Court on Monday, and on expected lines, the highest Court of the land does not think that it is in their own interest and impartiality, that they should at least have restrained the ‘impostor’ CM from functioning, until one or the other combines proves its majority on the floor of the house.

So, if the President, the Governor and even the judiciary, are not serious about Constitutional basics, to whom do “we the people” go to? It is not that one did not see or read the writing on the wall. It has been coming slowly but surely. There are several instances when the spirit and letter of the Constitution has not been adhered too. But this most recent out of Maharashtra is on several counts, the proverbial “last straw”. The moot question, we need to ask ourselves at this juncture do we have the courage to stop the fascists who are not merely tearing the Constitution to shreds, but are doing all they can to destroy the very idea of India and its pluralistic fabric. 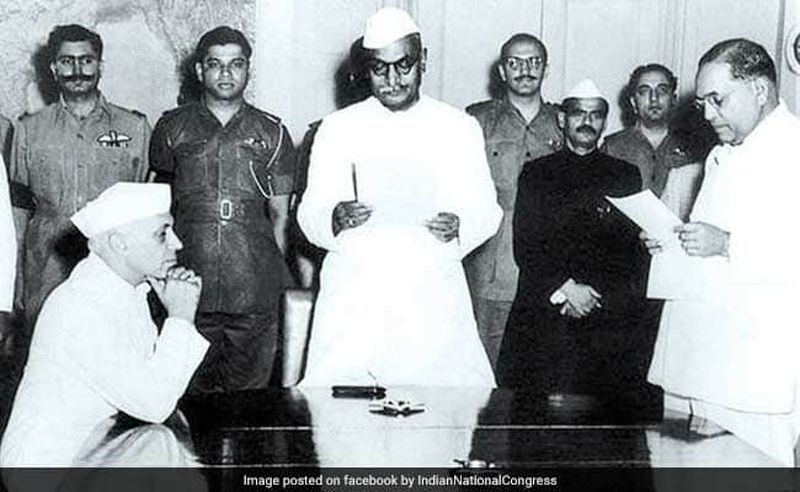 The National Register of Citizens (NRC), as announced by Union Home Minister, is again blatantly violative of the Constitution. The NRC together with the ‘Citizenship Amendment Bill’, assuring citizenship to all undocumented persons except those of Muslim faith, risks tearing the country apart, reopening the wounds of Partition, and ultimately destroying the secular and democratic tenets of the Constitution. The country today stands at the brink of catastrophic human suffering and injustice, if the government as it plans to do, begins implementing it nation-wide.

Many subtle and direct efforts are being made to tamper with the Constitution, to negate its essence and even to delete core dimensions like the words ‘secular’ and ‘socialism’ which are deeply interwoven into the pluralistic fabric of Indian society. The current BJP/RSS combine, including some of their ministers and leading functionaries have often gone on record saying that once they have the pre-requisite numbers in Parliament, they will have no qualms of conscience to change fundamentals of the Constitution like that of ‘secularism’ and equal rights for all. There are consistent proclamations for the establishment of a ‘Hindu State’ by 2020; the annihilation of the minorities particularly the Muslims and Christians; ‘lynching’ of minorities is the ‘new normal’. There is talk of a ‘Common Civil Code’, of a national anti-conversion law and of abrogating the rights of minorities.

In October 2018, in the wake of the Supreme Court ruling to allow young women entry into the Sabrimala Temple, the BJP national president Amit Shah not merely questioned the judgement but in fact defended the practice of keeping women out. The ‘spirit’ of what Amit Shah said is practiced in toto: even in this year’s pilgrimage his writ ran large and no women below a certain age were being allowed. The Supreme Court judgement on ‘Ayodhya’ is certainly skewed pandering to the sentiments of the Hindutva regime.

Writing on the recent developments in Kashmir, (‘Business Standard’Nov.18, 2019) Bharat Bhushan says, “The revocation of the special status of Jammu and Kashmir, dividing it into two centrally governed provinces and the military clamp down have tipped the balance against the Modi regime. The world can see that the asymmetric federalism which was the basis of the Indian Union’s strength has been junked for a unitary vision. The government’s and pliant media’s celebration of “normalcy” in Kashmir Valley is nothing but self-deluding propaganda. The fact is that the international community is perturbed with the developments in Kashmir, especially the communication restrictions and the continued incarceration of the state’s political leadership”.

In several key cases, the judiciary, seems to be abdicating its fundamental responsibility of safeguarding the Constitution. There have been some landmark judgements. In January 2018, four seniors most judges of the Supreme Court (including Justice Ranjan Gogoi, the recently retired Chief Justice of India) held an unprecedented Press Conference asserting that unless things are set in order and that the Government stops interfering in the judiciary, “democracy will not survive in the country!” That the Government has been interfering in the working of the judiciary is without doubt. Bhushan adds, “The rule of law and impartial judiciary that India prided itself on have also come under question. In a stinging indictment, The Washington Post in a recent report remarked that “BJP partisans increasingly dominate the courts.” This has been evident to Indians for quite some time. One only has to glance at the global media headlines on the Supreme Court’s Ayodhya verdict to fathom how the Indian judiciary is being viewed”. 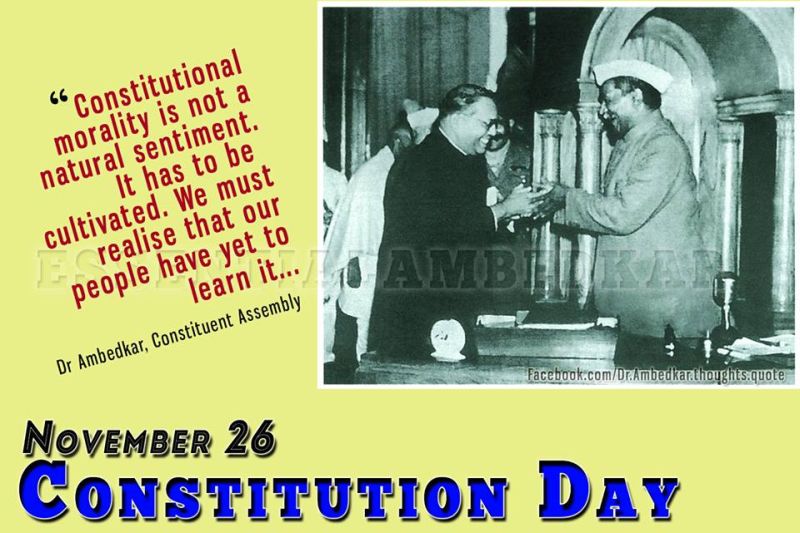 The regime has spared no efforts to destroy the independence and the autonomous functioning of several Constitutional and statutory bodies. The Election Commission of India is today obviously a pawn. The Central Bureau of Investigation (CBI) and the Enforcement Directorate (ED)have become ‘caged parrots. The Reserve Banking of India (RBI) is browbeaten to bend backwards to cater to the whims and fancies of a Government that has sent the country into an economic spiral downwards! Media, the fourth pillar of a vibrant democracy, has been made impotent. Only a handful of those in the electronic and print media will dare take on the Government today. Other important bodies, like the Information Commission, have been made toothless and filled with their pliable henchmen!

Seventy years ago, when giving us the Constitution Dr B.R. Ambedkar, the father of our Constituent Assembly said, “Will history repeat itself? It is this thought, which fills me with anxiety. This anxiety is deepened by the realization of the fact that in addition to our old enemies in the form of castes and creeds, we are going to have many political parties with diverse and opposing political creeds. Will Indians place the country above their creed or above their country? I do not know, but this much is certain that if the parties place creed above country, our independence will be put in jeopardy a second time and probably be lost forever. This eventuality we all must resolutely guard against. We must be determined to defend our independence with the last drop of our blood!” and he went on to conclude, “If we wish to preserve the Constitution in which we have sought to enshrine the principle of Government of the people, for the people and by the people, let us resolve not to be tardy in the recognition of the evils that lie across our path and which induce people to prefer Government for the people to Government by the people, nor to be weak in our initiative to remove them. That is the only way to serve the country. I know of no better”.

Words of wisdom and very prophetic indeed! Today, on ‘Constitution Day’, as we remember our freedom fighters and the founding fathers of our nation, we need to resolve that we will do all we can to fight the fascist and fundamental forces that are today destroying the sanctity of our Constitution. In a show of hollowness and hypocrisy, they will attempt to clothe their vile acts with empty platitudes, in farcical ceremonies today. However, for us, “we the people of India”, enough is enough! We will stop taking things lying down; the Constitution is sacred to us and in the words of Ambedkar “we are determined to defend it with the last drop of our blood!

The Author -Fr Cedric Prakash SJ is a human rights and peace activist/writer.