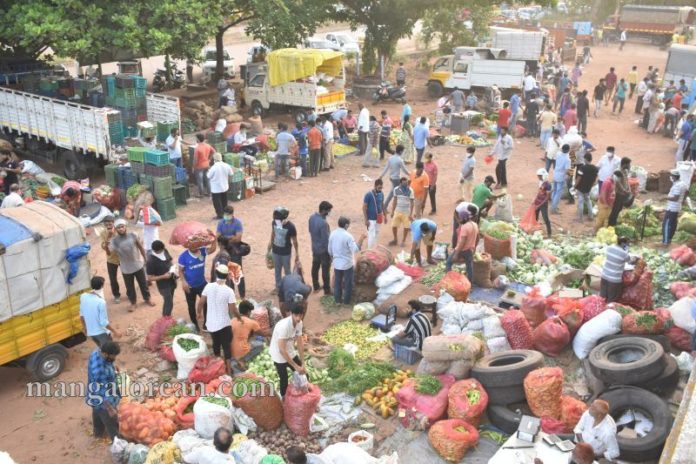 Mangaluru: Finally a nearly 80 acres of Agricultural Produce Market Committee (APMC) Yard launched nearly twenty years ago at Baikampady, in the outskirts of the City, has been put into use, after Mangaluru City Corporation forcibly shifted the existing Central Market on Market Road in the City, to this new location. Even though the merchants were not eager to shift from the heart of the City to a place far from the City, but had no other option when MCC had instructed them to do so. The decision to shift the market was due to the dilapidated condition of the existing market in the city, and also that the market was getting so congested due to lack of space when customers in large numbers do their shopping. 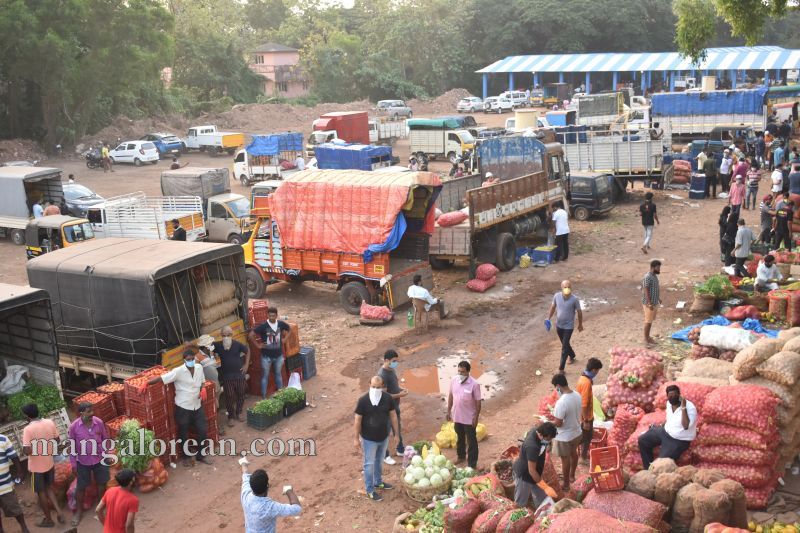 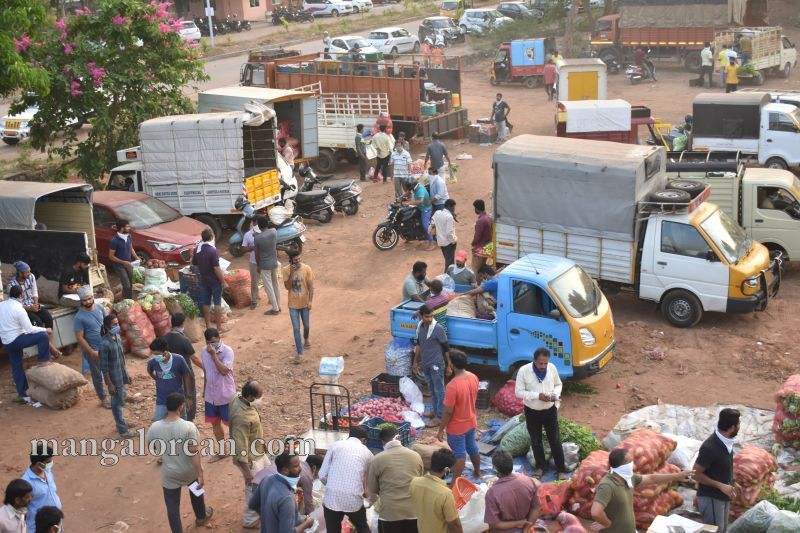 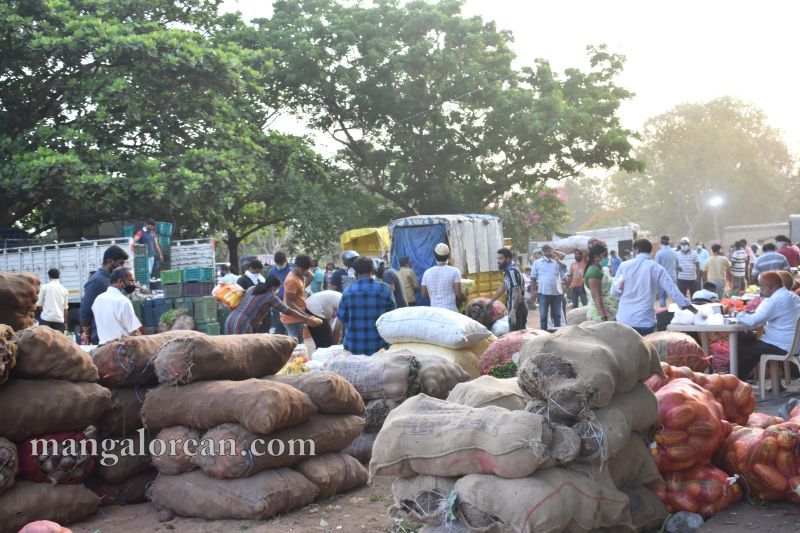 While many traders have shown satisfaction of their relocation, but not happy with the present facilities at APMC, and are hoping that MCC takes care of those issues at the earliest, and before monsoon starts. But for the general public, the new place of Central Market is creating inconveniences since they have to travel a distance, and due to the vehicle ban during the COVID-19 lockdown, has made it even worse, to procure fruits and vegetables, in small quantities, much cheaper than retail outlets.

EARLIER CENTRAL MARKET IN THE CITY… 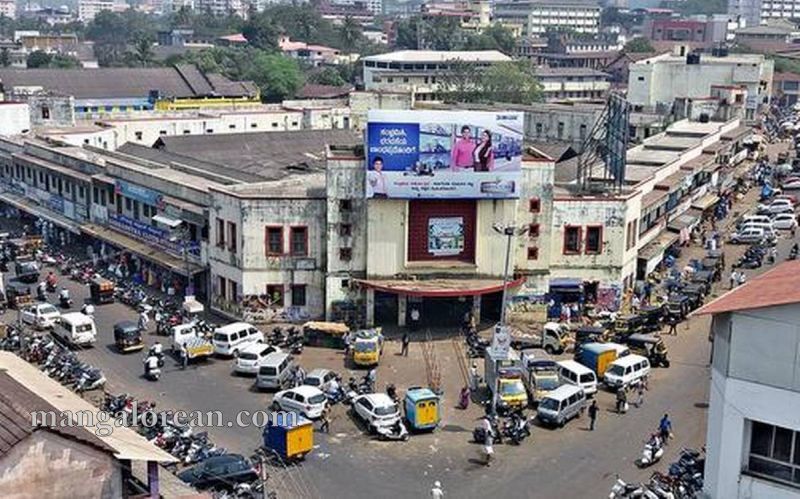 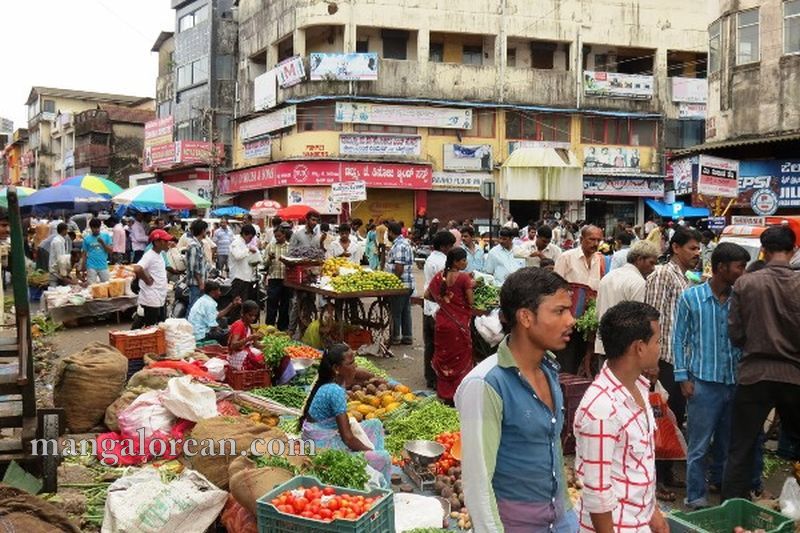 Sources reveal that the Mangaluru City Corporation has plans to demolish the present Central Market building in the City and construct a state-of-the-art full-fledged Central Market complex. Since the present APMC yard, which was not used for years has been dilapidated and in bad-shape in certain areas- and the merchants, for the time being, have to manage in such harsh conditions, until MCC restores better facilities for the traders to carry on with their trade. Another point which MCC considered to shift the Central Market to APMC yard, due to less space here, and traders and customers were not following social distancing in the congested area- but looking at the present place at APMC yard, there is no social distancing, 50 percent of the people not wearing a face mask- and Team Mangalorean didn’t notice any MCC or district admin officials supervising the area, other than 3-4 cops at the helm to control a huge mass of traders and retailers. 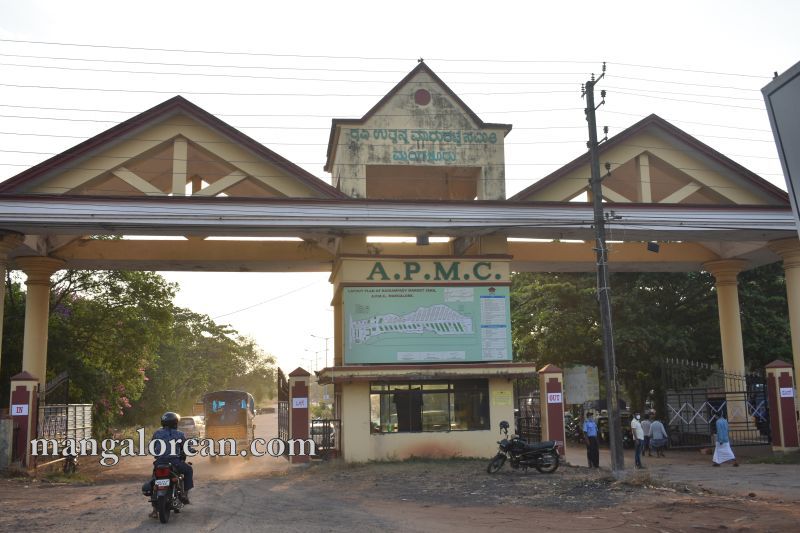 Mohammed Ibrahim, a wholesale vegetable trader speaking to Team Mangalorean said, “We don’t mind in shifting here, but MCC should have not hurried up in driving us from the City when facilities are not yet ready at APMC. Just look around here, this area needs an extreme-makeover with better facilities and easy movement of traffic, which will benefit us and our clients. For the time being, we will bear with the present conditions, and if our demands are not met, we will have to raise our voices or protest, to provide us suitable facilities”. 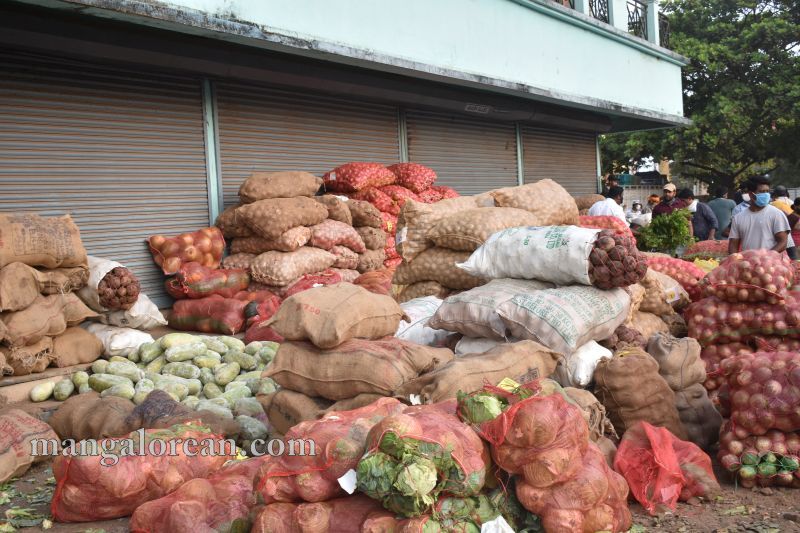 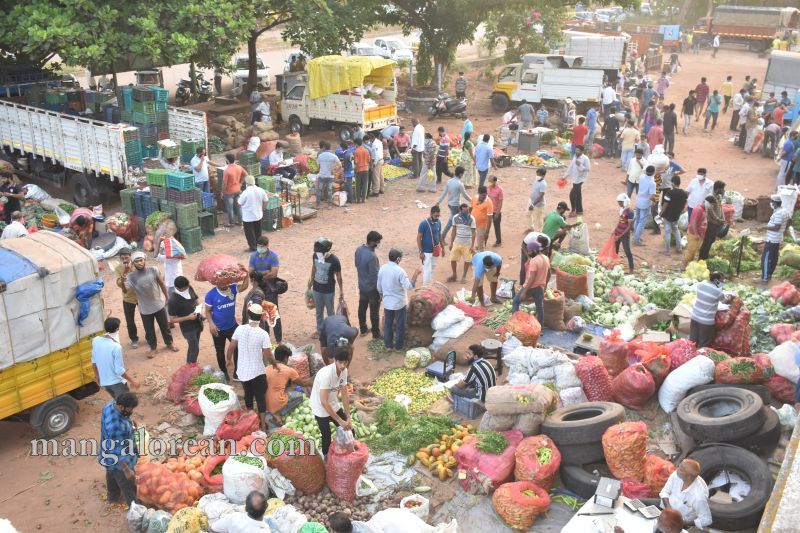 Speaking to Team Mangalorean Mustafa Kunhi, the President of Central Market Merchants Association said, “This move to shift the Central Market from City to APMC yard was done in a hurry, and with no proper intimation to us, but we had no other option but to shift as per strict orders from district admin and MCC. Before they shifted us, facilities should have been upgraded here, which is not done, and traders and retailers are facing hardships. We can’t do business in the open air in the hot sun, and later during the rainy season. Many of us have been doing business at the Central Market for over three decades, and before they demolish the present market building they should give us time so that we can make other arrangements. Forcing us to shift and at the same time demolishing the present market building for a more sophisticated one is not fair at all”. 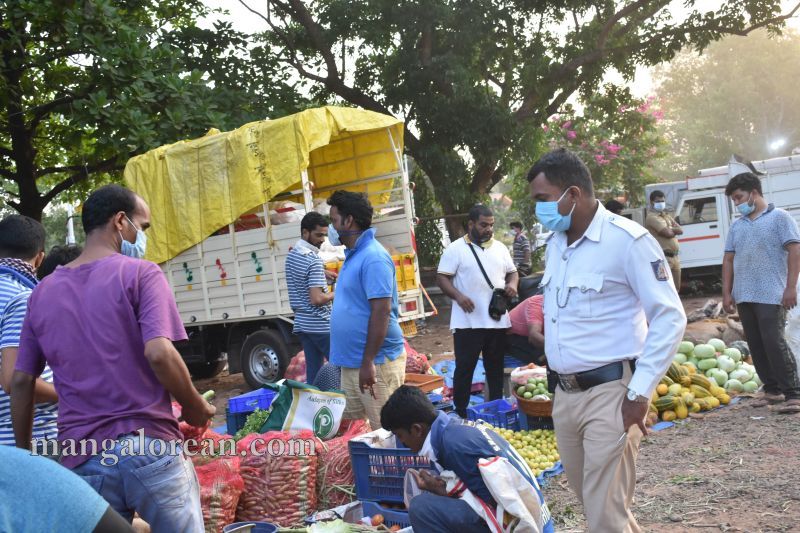 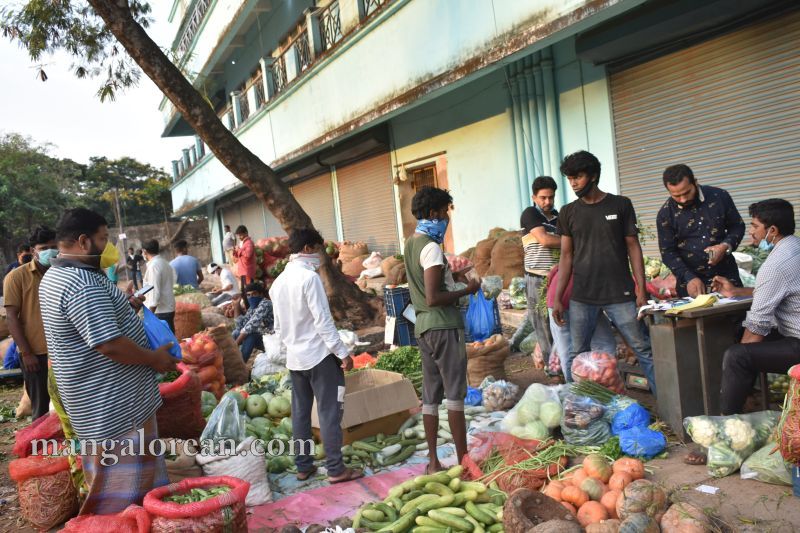 In the meantime, MLA U T Khader, MLC Ivan D’Souza and former MLA Moideen Bava had visited the APMC yard on Thursday after business activities resumed from Wednesday, 8 April. Interacting with traders and APMC officials MLA Khader briefed on the facilities that were needed by the traders. Speaking to media, Khader had said, “The shifting of the market suddenly has incurred huge losses to traders. MCC nor District Admin didn’t issue prior notice to the vendors regarding shifting to the faraway APMC yard, which presently lacks many basic facilities and this shifting is unscientific. I urge that MP Nalin Kumar Kateel, District Minister Kota Srinivas Poojary, and district admin authorities to sort out this issue for the betterment of the traders and retailers”.