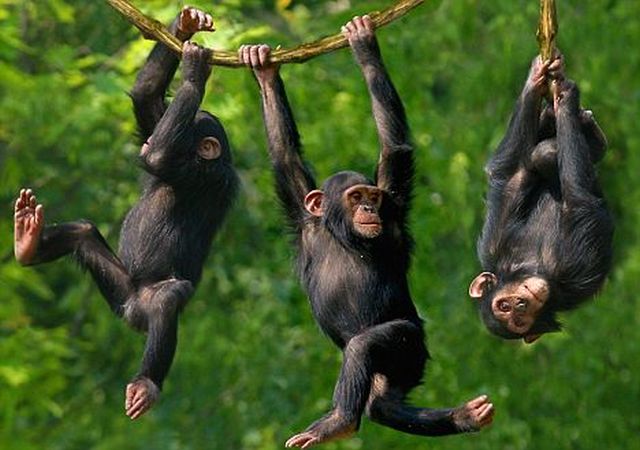 New York: US researchers, including one of an Indian-origin, have created mini brains of chimpanzee – our closest living relative – in laboratory that would help understand the development and organisation of huge brains in modern humans.

At some point during human evolution, a handful of genetic changes triggered a dramatic threefold expansion of the brain’s neocortex, the wrinkly outermost layer of brain tissue responsible for everything from language to self-awareness to abstract thought.

Identifying what drove this evolutionary shift is fundamental to understanding what makes us human, the researchers said.

“By birth, the human cortex is already twice as large as in the chimpanzee, so we need to go back much earlier into embryonic development to understand the events that drive this incredible growth,” said Arnold Kriegstein, Professor at University of California-San Francisco (UCSF).

In the study, published in the journal Cell, the team created chimpanzee brain “organoids” – small clusters of brain cells grown from stem cells in a laboratory dish.

They generated 56 organoids from stem cells derived from the skin of eight chimpanzees and 10 humans.

Researchers, led by Aparna Bhaduri, a postdoctoral researcher at UCSF, deconstructed human and chimpanzee organoids at different stages of development.

By looking for differences in gene activity between human organoids and chimp organoids (as well as reference tissue from another primate, the rhesus macaque monkey) Bhaduri identified several hundred genetic changes unique to the human lineage that could help explain the evolutionary origins of the distinctly human brain.

“It was exciting to discover a molecular pathway in these cells that appears to have been specifically targeted during evolution and may help explain their specialised role in generating the advanced human cortex,” Bhaduri said.

Problems with mTOR signalling have also been linked to autism and other uniquely human neurodevelopmental disorders, suggesting new questions about whether pathways involved in the relatively recent evolution of our unusually large brains play some special role in these disorders, she explained.