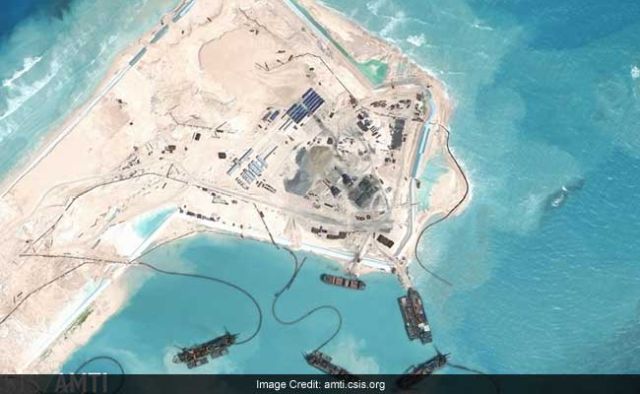 Beijing: The US on Monday sailed two warships close to disputed islands in the South China Sea, a move that is bound to draw the ire of Beijing.

The guided-missile destroyers USS Spruance and USS Preble sailed within 12 nautical miles of the Spratly Islands as part of the US Navy’s “freedom of navigation operation”, a spokesman for the US Navy’s 7th Fleet told CNN.

The operation was carried out “to challenge excessive maritime claims and preserve access to the waterways as governed by international law”, he said.

“All operations are designed in accordance with international law and demonstrate that the US will fly, sail and operate wherever international law allows,” the Commander said, adding “that is true in the South China Sea as in other places around the globe”.

Monday’s operation was the second in the South China Sea this year.

In January, the destroyer USS McCampbell sailed within 12 nautical miles of the Paracel Islands.

Shortly after that operation, China accused the US of trespassing in its territorial waters and said it had deployed missiles “capable of targeting medium and large ships”.

Last September, the USS Decatur sailed within 12 nautical miles of Gaven and Johnson reefs in the Spratly Islands as part of a similar freedom of navigation operation.

During that operation, a Chinese destroyer came within 45 yards of the US warship.

Washington labelled the Chinese warship’s actions unsafe and unprofessional while Beijing said the US was threatening its safety and sovereignty.