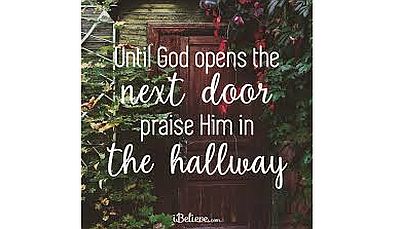 This is a multi-part series in which we will assess the political empowerment of Christians who are a minority in this country. Christian Community Coalition, Karnataka, has interacted with a cross-section of people from the Christian Community and got their views. We will also analyze how various political parties have only taken them for granted and used them as a vote bank to be remembered only on the eve of the elections.

In this first part, we look at the Congress party in the context of the Karnataka political horizon and specifically with the ensuing general elections in 2018.

Historically, on a closer look at Indian politics, the Congress party qualifies to be more communal than the so-called communal parties. It has always pandered to a particular minority community and ignored the Christians. A second line Christian leadership was not nurtured in the Congress party whereas the other communities were pampered. Christians were not considered for MLC, Rajya Sabha or Executive positions in the Congress party. Christian Civil servants are continuously harassed for standing up for Justice. When this was brought to the notice of a Christian MLC, his reaction was baffling “How can we take this to the CM, this stand is against the government”. Do we conclude that standing up for justice is against the Congress Party Principles? Under the Congress rule, Christians were not preferred for the post of chairman of Boards and Corporations. CDC was the creation of Yediyurappa of the BJP and the Congress has not really put it to good use for the benefit of the community.

Under whose rule was the anti-conversion law passed in the other States in the country since the Rev Stanislaus vs Madhya Pradesh, 1977 SCR (2) 611 Supreme Court of India verdict. The fact of the matter is that almost all the states where the anti-conversion law was implemented were the Congress party ruled the states. The diktat from AICC was “Just follow the MP ruling”. So, it is not the BJP that implemented the anti-conversion law in most states of the country, it was the Congress party. So the mask of being pro-Christian falls flat and the feeling in the last 20 years or so has been that “Sonia Gandhi is a Christian”. This is another fallacy. Merely having a Christian name and being in politics does not make one a true Christian. This is so very true in the political landscape of Karnataka today. There is nothing Christian in the kind of leaders who are around today. To give you instances, the attitudes of the Congress Christian politicians is regrettable. About a couple of months ago when an invite was extended to a Christian politician to grace the occasion of a gathering of Christians from across all denominations in Support of Archbishop Thomas Macwan. The response from the Christian politician was a big disappointment. We shall leave the politician unnamed but his response was “I will be branded a communal if I participate in this gathering”. At that very same time, he was in a television studio debating about some other church issue. People have not forgotten that during his Loksabha campaign he had entered every temple and came out smeared in Vermillion from head to toe. Sir, is this not communal? We are not against anyone entering temples, but the double standards is what bothers us. It is this kind of competitive communal politics that the Congress party seems to represent.

The churches from across all the denominations also have played a role in this rot. To cover up their mismanagement of church matters they depend on the political parties to shield them. This symbiotic relationship between the Church and Politics is an unholy alliance. The church is thus forced to compromise on her mission. As a result of this attitude, there has been no political empowerment in the community. There is no second line of leadership among Christians in the Congress party in Karnataka today. There are only indications of dynastic politics among the Christian Congress leaders even in Karnataka too. There is no place in the Congress party for Christians and this is proved by the AICC press release dated Dec 28, 2017, that is, the additional list of office bearers and Executive members on KPCC. A party secretary who did not want to be identified said that Congress party does not care about the Christians. Do not expect the Congress party to field respectable Christian candidates in the coming elections. Wait and watch how many Christians will be on the Congress list of candidates in Karnataka, he added. This was evident in the Minority interaction program on 13th Dec. 2017 and subsequently on the Minority Rights day on 18th Dec. 2017. Christian leaders were not invited and the community, on the whole, was insulted. The petition “Equal opportunities and social justice for Christians” on Change.org signed by members of the Christian Community and accepted on behalf of the Chief Minister on Minority Rights day Dec 18, 2017, by the Health Minister T. Ramesh Kumar is still not acknowledged by the office of the Chief Minister, as on this date. It should also be mentioned that the Karnataka State Minority Rights Commission has still not accepted the Petition. There is wide disenchantment not only among loyal Christian party workers but by the entire community he said. Many other Christians shared this view and this cannot be dismissed as an isolated call but an orchestra that will reach a crescendo in the next couple of months leading to the general elections. The message is clear, Christians will look beyond the election eve gimmicks of all parties.

Disclaimer: Christian Community Coalition, Karnataka, does not endorse any political party but maintains equal distance from all political parties. We do not subscribe to party politics. This is only an attempt to portray the social and political plight of the Christians in society and the treatment meted out to them by all parties. Our aim is to only educate our people. Ultimately the final decision will be taken by each individual member of the Christian Community.

Hard hitting, simple & highly accurate article. Article reflects as how we have been taken for granted all these years. A bogey has been created against Hindu outfits & BJP, so as to keep us in the tight noose. Sooner we realizes this, better for our community

WELL WRITTEN AND AN EYE OPENER

PADRI AND MADRI SHOULD ENCOURAGE THE PEOPLE TO JOIN THE MAINSTREAM POLITICS AND ADMINISTRATION ~!~~ FORGET THE GULF DREAM AND JOBS

Has Mr. Peter got the data of the number IAS, IPS, etc., including KAS officers who are Christians and also Christians as chairpersons in the various Commissions what is the lay leaders and the so called intellectuals doing about this?