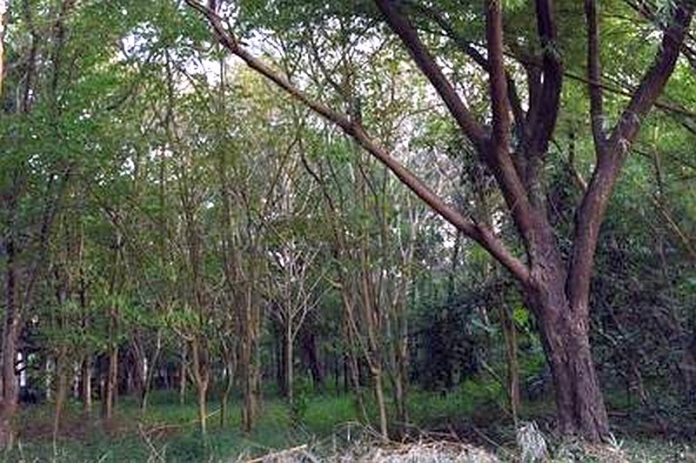 Mangaluru: We’ve all heard about the infamous number 666, which is rather cryptically referred to as the “number of the beast” in the New Testament, and has more recently become known as the number of the Antichrist or call him the “Devil”. But what is it about this simple, symmetrical number that’s been giving everyone the heebie jeebies for the past 2,000 years? It’s just a number, right? Or is it…? Put simply, 666 is being used as a code, and not a particularly subtle one, if you were alive and literate at the time of the New Testament. Anyways now coming to the topic, locally we are talking about 666 trees that have to be felled in order to make way for the proposed new DC Office Complex Project coming up on a six-acre land at Alake Village in Padil, in the outskirts of Mangaluru.

In order to get an okay to cut these trees, the Forest department will conduct a public hearing on Thursday, 4 January. While a petition against felling trees is pending before the National Green Tribunal, an application seeking permission to cut the trees has come to the forest department. Public hearing is necessary for projects that require felling of more than 50 trees as per the orders of the Karnataka High Court and Karnataka Preservation of Trees Act, 1976.

Accordingly, the forest department has called for a public hearing to seek opinion of the general public to know whether they are against or in support of felling 666 trees in the land where a new DC office complex is planned. Meanwhile, activists and environmentalists in Mangaluru are all set to fight the move by opposing it during the public hearing. As per Secretary of National Environment Care Federation (NECF) Shashidar Shetty who said, “Depletion of the green cover has already led to climatic changes like shortage of rain, drought, high temperatures and other environmental issues. The project should be shifted to a new place where no trees will have to be cut. As a responsible citizen, it is my constitutional duty to protect the forests and wildlife of my country. Hence, I have already mailed my objection to the forest department and urged the authorities not to grant permission to fell even a single tree for the project,”.

So now it looks like NECF will create such a drama such that the construction will either get derailed or postponed. Oh well, let’s keep our fingers crossed as to whether the project will come up or a stay order will be enforced. With so much congestion at the present DC complex near State Bank, this new location at Padil will be an ideal place.