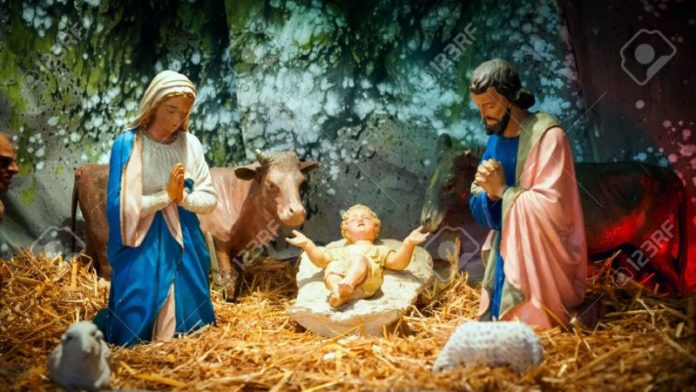 Christmas is a seven-point star. The seven-point star which guides, directs and protects! In Christianity, seven has from time immemorial been regarded as a perfect number. The seven-pointed star also represents the seven gifts of the Holy Spirit: wisdom, understanding, counsel, might, knowledge, fear of the Lord, and delight in the Lord. Very significantly the seven points of the Christmas Star all begin with the letter ‘S’; they are:

Christmas is a song: the one of the angels! The words are unequivocal, “Glory to God in the highest and peace to all men and women of goodwill!” The song is inclusive. The lyrics, the melody can and needs to be sung by all and at all times. It transcends narrowness and pettiness; xenophobia and jingoism; divisiveness and discrimination! The song needs to be lived and communicated to others, if we are serious about Christmas. Peace is a vibrant, dynamic one which has to be lived in the small and simple realities of our daily lives. 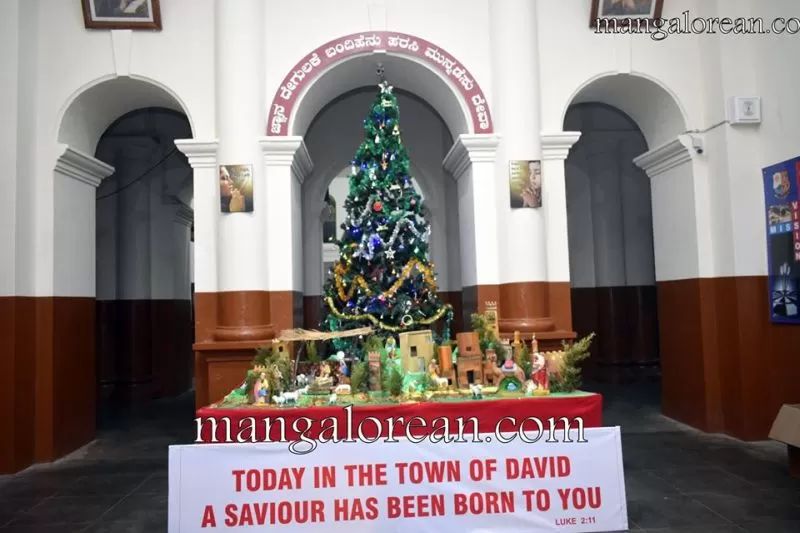 Christmas is shepherds: simple, unlettered, marginalized folk; their expertise was in tending sheep. Their life was difficult: with long nights spent in the open, biting cold. Their sheep were precious: each one had a name and they knew them by name; they smelt of the sheep. When one was lost they went in search of that one, until found. When they were given the “good news” of the birth of the Saviour they leave their sheep behind (their attachments) and ran in haste to worship him, their priorities are very clear: they had to be the first witnesses to the herald of the angels! The shepherds are representatives of the poor and the marginalized, the exploited and the excluded of today.

Christmas is a search: the ‘Anawim’- a broken people, waiting in patience and hope, searching for the Messiah; someone who would liberate them from their suffering, from the shackles of bondage. The relentless search of a people for truth, light and a new tomorrow! The search by Mary and Joseph for a place to stay the night, knocking on doors, only to be told that “there is no place in the inn”. The search by the Shepherds and the Magi for the Saviour. The search by refugees Joseph and Mary, for safety and security as they flee into Egypt! 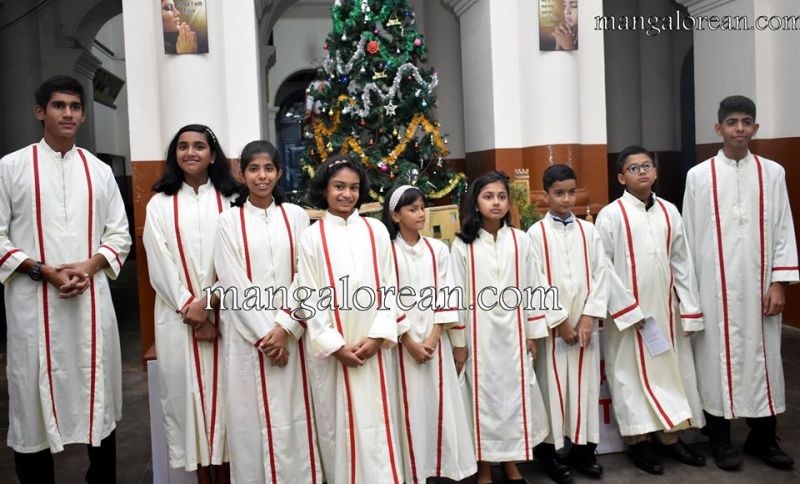 Christmas is a stable: a powerful image and reminder of the meaning of the birth of the Saviour: total simplicity and abject poverty; the smell of the animals, the squalour of the stable is the warm, welcoming home for the king of kings. It is a place far out of the city, in the peripheries, away from the comfort zones, the materiality, the wealth, the pomp and the neon lights! The stable has no decorations, no tinsels or baubles; none of cosmetics or sham which we have made of Christmas today! Sadly the stable also reminds us of the ‘detention camps’ which have begun mushrooming in India today where those who are rendered stateless by draconian, discriminatory policies of today!

Christmas is silence: “Silent night, holy night, all is calm, all is bright Round yon Virgin, Mother, Mother and Child, Holy infant so tender and mild, Sleep in heavenly peace! Ever since it was first composed and sung in a small town of Austria on Christmas night 1818, it is the all- time favorite carol. It is reflective of the ‘profound silence’ that permeates the earth when Jesus is born! A silence pregnant with meaning: peace, joy and hope. Christmas today is relegated to ‘merriment’: from wishing others “merry” Christmas to noisy celebrations and crass commercialization! Rediscovering the silence of Christmas is essential today! 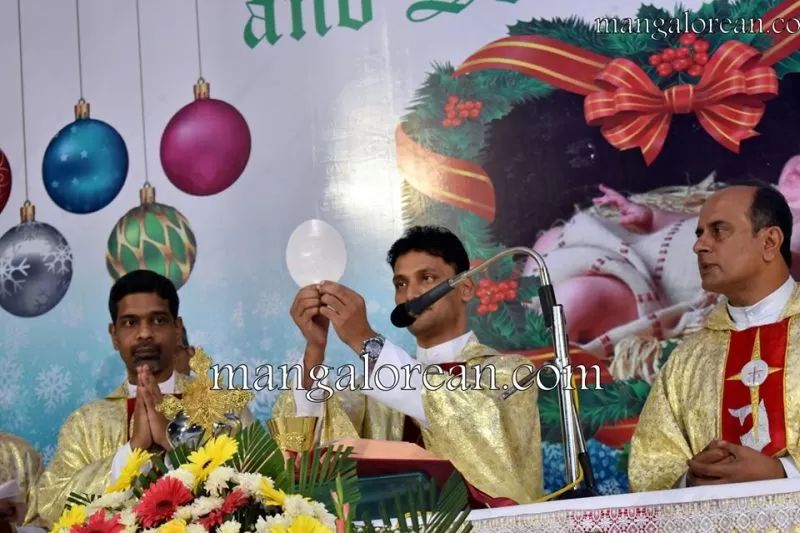 Christmas is sharing: God our loving Father sharing himself with us by giving us his only begotten son. The shepherds bring for the Child the best from the little they have. The little drummer boy plays his drum for the new-born king; the only thing he could bring as a gift. The magi brought gold, frankincense and myrrh; but, in order to save the Child from the wrath of Herod, they would have advised Joseph to flee, gifting him with some of their camels to do so! Christmas is sharing ourselves with the poor, the excluded, the victims of an unjust and inhuman society; those who are victims of the CAA, the NRC and the NPR; those who will not be able to pay us back or for that matter say “thank you” to us! 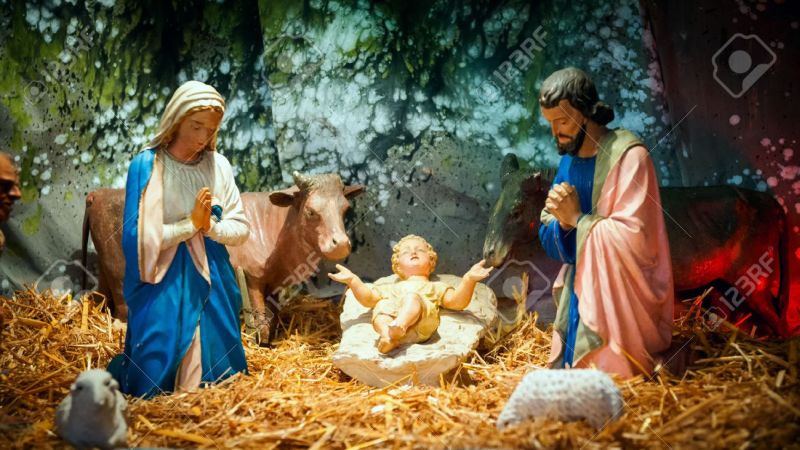 Christmas is the SAVIOUR: The long point of the seven-pointed star. The centripetal and centrifugal force of the festival. There is NO Christmas without the Saviour: we celebrate his birth on Christmas day; we celebrate the opportunity we have for eternal happiness. Sadly, the Christmas Season in some places is referred to as ‘Holiday Season’; what gains prominence is Santa Claus and the Christmas tree. The world relegates the essence of the day to materialism. We are caught up in this web: we need to put Christ our Saviour- back into Christmas!

Yes, Christmas is a seven-point star: a song, the shepherds, the search, the stable, the silence, the sharing and the Saviour. A star which guides the magi, in their relentless pursuit of truth. These were men who studied the ancient manuscripts. They were no pushovers; they knew their stuff. But sometimes their arrogance and self- confidence did them in and they lose sight of the star. In their helplessness they even go to Herod, who recognizes their worth; in his own cunning way, he tries to convince them to return to give him the news. The seven –point star is actually a lodestar that guides them to take a different path; to stand against the Herods of today; against the power of all evil! 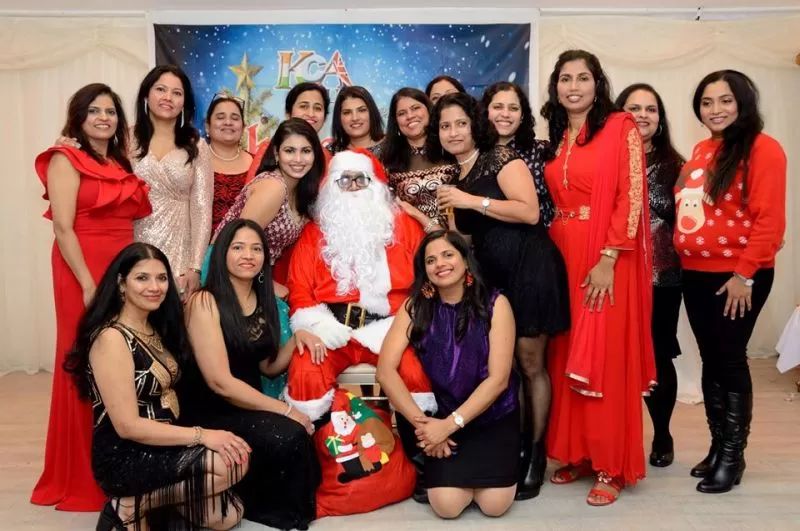 As we enter Christmas let us hitch ourselves to this seven-point star, so that we can truly celebrate the beauty and significance of the day and live the essence of Christmas every day of our lives!

The Author -Fr Cedric Prakash SJ is a human rights and peace activist.