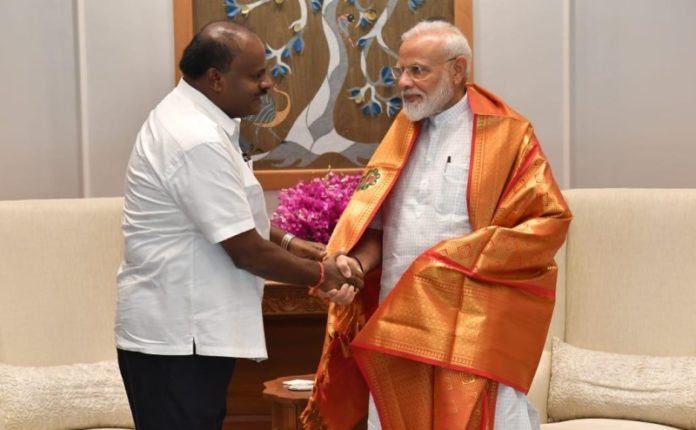 Karnataka Chief Minister HD Kumaraswamy called on Prime Minister Narendra Modi and sought central assistance to the state reeling under severe drought due to 45 per cent shortfall in the rainfall. 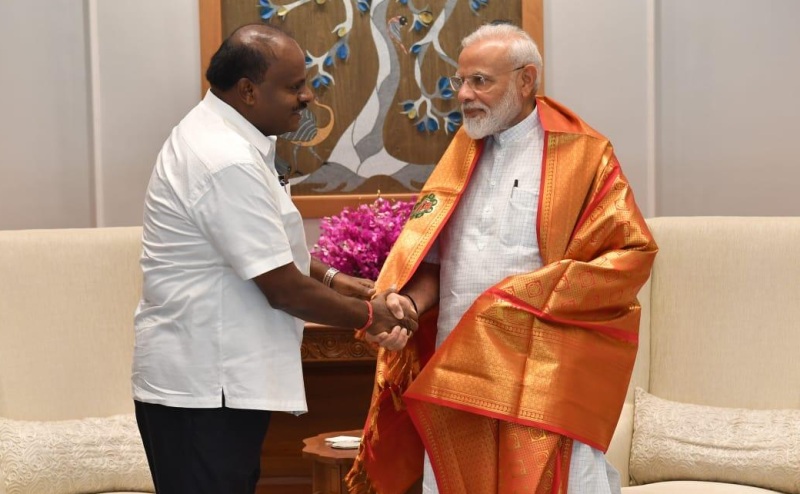 Before the Lok Sabha polls Karnataka government, in its memorandum to the Centre, had sought a financial assistance of Rs 2,064 crore to provide relief to farmers hit by drought during the rabi season.

In the meeting, the Karnataka chief minister informed Narendra Modi that the state was facing drought this year too because of 45 per cent shortfall in rainfall.

“The CM requested the Prime Minister to come forward to help the state in this situation,” the statement added.

About 20.40 lakh hectare farm land has been affected due to the drought in the state. Crop loss is estimated in 19.46 lakh hectare, according to the state government.

The state had faced drought during the kharif season of 2018-19 crop year (July-June).

THE MATTER OF PENDING FUNDS

HD Kumaraswamy also raised the matter of pending funds of Rs 1,500 crore to the state under the Mahatma Gandhi National Rural Employment Guarantee Act scheme and requested the Centre to release this amount at the earliest.

Karnataka has declared drought in 156 taluks in 30 districts. As many as 107 taluks are facing severe drought, while 49 taluks have moderate drought.