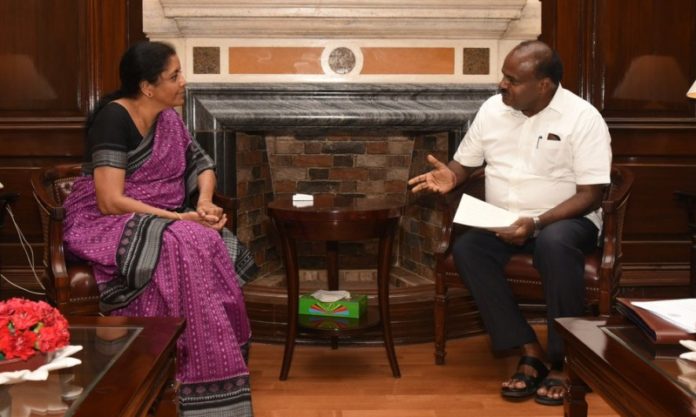 Karnataka urges Centre to give preference to local candidates in RRBs

Karnataka Chief Minister H D Kumaraswamy, who met Union Finance Minister Nirmala Sitaraman in New Delhi on Saturday, has urged Central Government to have a re-look into the clause of language proficiency to ensure candidates with proficiency in local language get preference in Regional Rural Banks (RRBs). 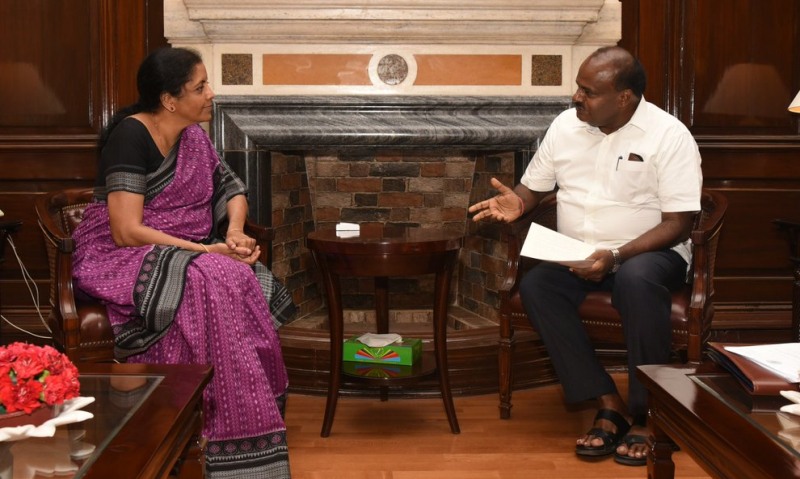 In a memorandum submitted to the Union Finance Minister, Kumaraswamy said “RRBs have been constituted to sub-serve the banking needs of the local people with efficiency by interacting with the customers in the local language. This will not only lead to better service but also provide employment opportunities to local people.”

He further said “The present policy of the IBPS has diluted the provision of proficiency in local language which states that candidates who have already studied the language of the state in standard VII (class 7) would be considered proficient in local language by adding a proviso, “that where the candidate does not meet the aforesaid requirement in local language at the time of selection will be given a time of six months from the date of joining to acquire the proficiency and later extended till the completion of probationary period.”

“Thus this deviation from earlier recruitment policies is going against the very founding principles of establishment of RRBs which are meant to cater to the banking needs of rural masses. Therefore, i earnestly seek the rectification by the IBPS and other Central government recruitment agencies,” he said.

“I request your personal attention to provide similar dispensation to Karnataka Building and Other Construction Workers’ Board as has been provided to other boards such as Coffee Board, Rubber Board. as the board plays a pivotal role in nation building and employment generation both of which are top most priorities of the Central government,” he explained.