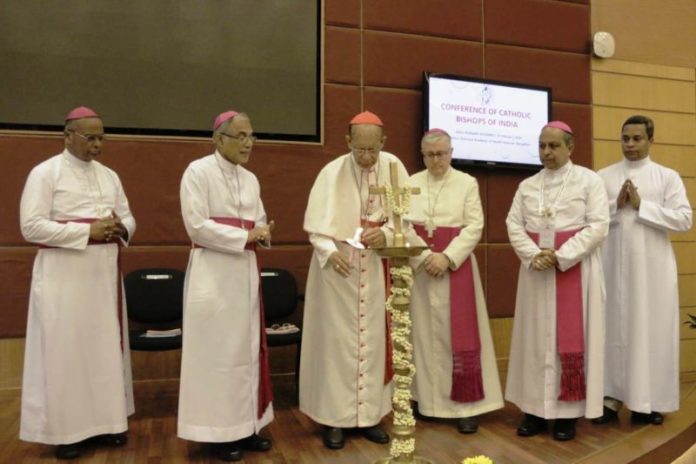 Bengaluru: Dialogue with the Poor and Selfless Service to them is the Hallmark of Catholic Church in India, observed the bishops. 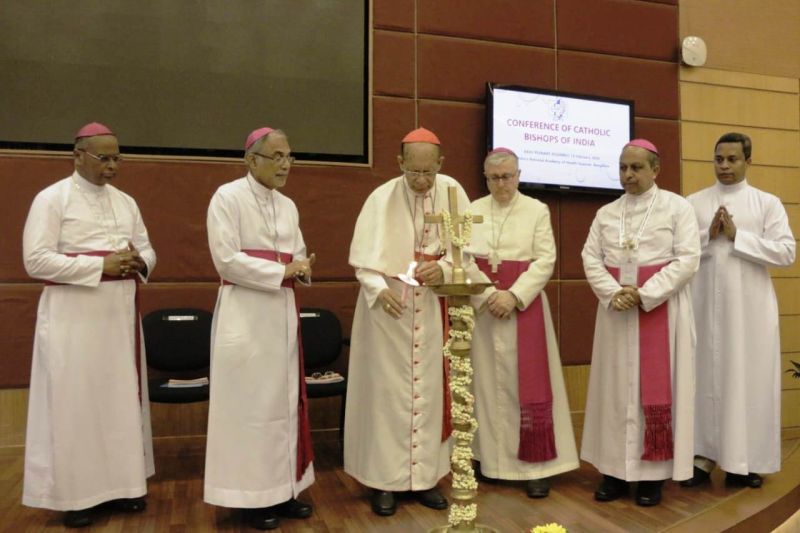 The Fifth Day of the 34th CBCI Plenary Assembly began with the Holy Qurbana (Holy Mass) according to the Syro-Malankara Rite on February 17 at St. John’s National Academy of Health Sciences, Bengaluru. Baselios Cardinal Cleemis presided over the celebration along with other Cardinals, Archbishops, Bishops, Priests and Lay faithful.

In his homily, Cardinal Cleemis said, “Dialogue of life especially with the poor is a very significant mission for the Indian Church. Poor ones are very often sidelined, as such the dialogue with them is minimum. St. Mother Theresa of Kolkata taught us in a brilliant way that communicating God’s Message to the Poor will have a faster impact. Presenting the Good News to all is a mission entrusted to us – as a serious mandate by Jesus Christ. This mission, if seriously taken, the Church in India will be alive again.”

During the first session, the participants elected the new office-bearers. The present CBCI President, Oswald Cardinal Gracias and the Vice-Presidents: Archbishop Mar George Njaralakatt and Bishop Joshua Ignathios were re-elected to the same office for another term. Archbishop Felix Machado was elected as Secretary-General of CBCI. 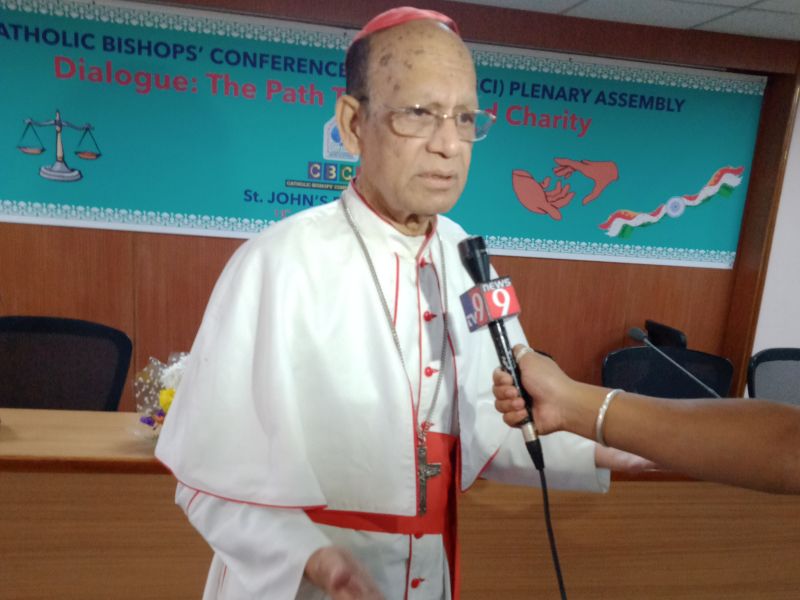 The participants congratulated the new office-bearers whose term of office is for two years. The first draft of the Final Statement was presented to the participants by the Drafting Committee and the Bishops deliberated on each point thread-bear and shared their observations. The Final Statement will be officially released on February 19, the last day of the Conference.

The touching part of the day’s programme was the heart-breaking narration of the seven innocent victims of the Kandhamal attacks that were falsely accused, arrested and imprisoned. Thanks to the efforts of the people of goodwill, especially the relentless efforts and struggles of Anto Akkara who was instrumental in having these victims released from the prison, after their languishing in the prison for 11 years.

The seven Christians were arrested soon after the 2008 riots and convicted in 2013 in a fast track trial in the State of Odisha. They stayed in prison even after two police officers denied the Christian Conspiracy Theory. After much and tiring legal battles, the seven prisoners were released before 2019 Christmas. The Seven Christians of Kandhamal were presented at the ongoing CBCI assembly by Journalist, Anto Akkara, who campaigned for their release with social media campaign and books. The seven innocent victims released from the prison include Baskar Sunamajhi, Munda Badamajhi, Bijay Kumar Sanseth, Gornath Chalenseth, Buddhadev Nayak, Sanathan Badamaji and Durjo Sunamajhi.

The activists say that they are innocents and had been convicted to life imprisonment for the 2008 murder of Swami Laxmanananda Saraswati in Kandhamal, District of Odisha. “Church should speak for these innocents as they are victims of political conspiracy”, explained Akkara with a multimedia presentation and called for support for the online campaign for ‘Justice for Kandhamal’ with the website ‘www.release7innocnets.com’.

Sr. Arina Gonsalves RJM, Member of Pontifical Commission for the Protection of Minors and Vulnerable Adults, addressed the Bishops and demanded that all the institutions must have child protection policy at the diocesan level and to comply with the policy in every Catholic institution, and also the Code of conduct for Clergy and Religious must be set up. She also said that the importance of human formation for the seminarians and candidates for the religious life in the formation houses must be given to prevent pornography in the presbytery, seminary and religious houses.

Enumerating to the Bishops about the reasons for child abuse, she painfully narrated with some case studies that would bear the long-term effects on sexual abuse victims, namely: Emotional and behavioural problems, abnormal sexual behaviour, psychiatric disorders, suicide tendency, drug abuse and traumatic stress disorder. The Bishops in their interventions with Sr. Arina enquired what should be done concretely in order to prevent sexual abuse of minors and vulnerable adults.

The Bishops were advised to take the following necessary concrete steps: Zero tolerance towards sexual abuse; To take necessary disciplinary action against offenders; To respond with compassion and care for victims of sexual abuse; To take care and to address critical component of prevention; To constitute an appropriate mechanism with necessary infrastructure and time-bound procedure to redress cases of sexual abuse, and Not to shield any instance of abuse from prosecution by civil authorities.

“Reaching the Nation in our lifetime through United Prayer and Action is the need of the hour”, said Dr Raju Abraham and Cornel, the Spokespersons of United Christian Prayer for India (UCPI). The main purpose of the UCPI is to call the people of goodwill to prayer and action to reach the nation. They informed the august assembly that the theological forum has achieved something unique in the history of the Church in India – doctrinal agreement about prayer and mission between all churches, Protestant, Orthodox and Roman Catholic and Pentecostal.

Based on the truths contained in the Apostles Creed and Nicene Creed, the Theological Forum has formulated “agreed truths for Engagement of the Church in Prayer and Mission across the denominational spectrum”. The UCPI extended its invitation to the Bishops to participate in the National Leaders Consultation to be held on August 26 and 27, 2020. The venue for this consultation is yet to be finalized. The participants felt that UCPI can be a source of effective dialogue among all the Christian Churches in India.

A cultural evening was organized by the students and staff of St. John’s for the participants at the close of the day.