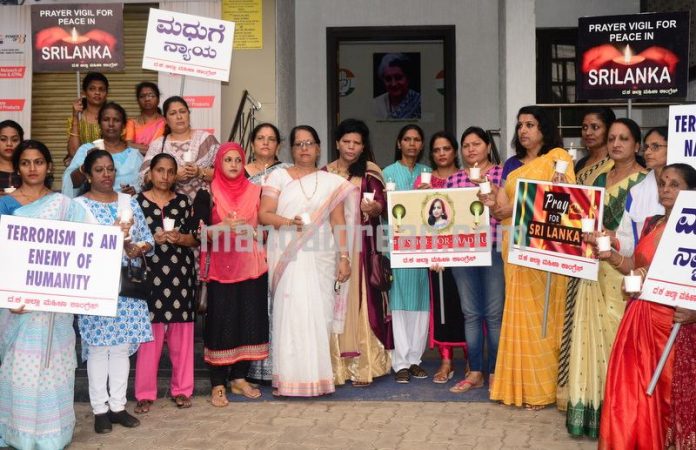 Mangaluru: The Dakshina Kannada District Mahila Congress Committee held a candlelight vigil to honour of the victims of the Sri Lanka bomb blasts, in front of the DCC Office, Mallikatta here on April 27.

The vigil was also held against the brutal rape and murder of an engineering student in Raichur earlier this month. 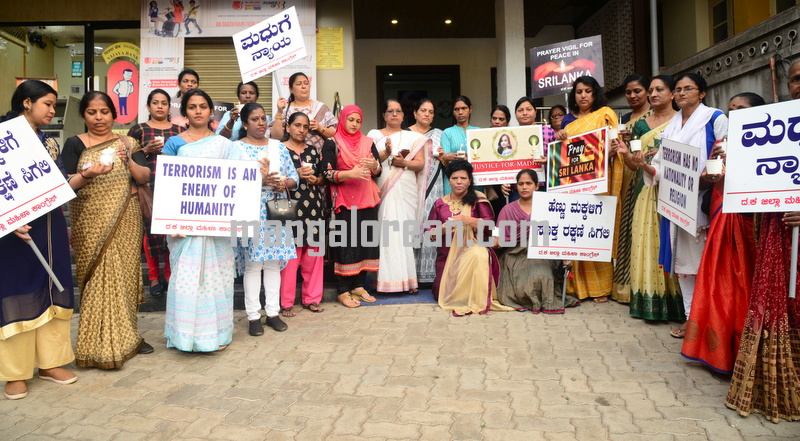 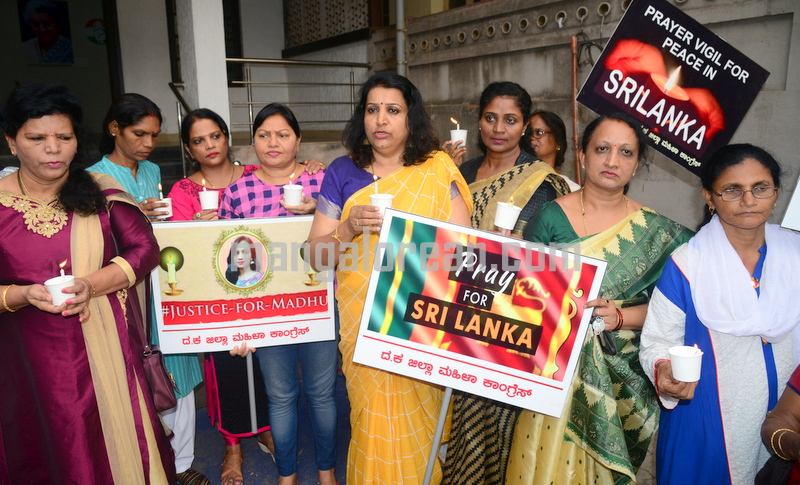 Addressing the mediapersons, the Mahila Congress President Shalet Pinto said, “We are holding this candlelight vigil for the souls of the victims in Sri Lanka suicide bombing to attain peace, and that God gives their family members strength and courage. In the same way, we are here to remember Madhu, the engineering student who was brutally murdered in Raichur”. 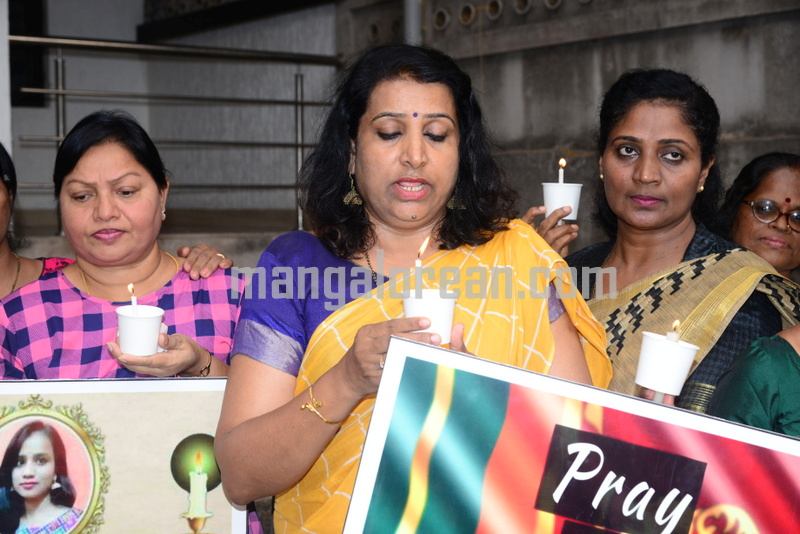 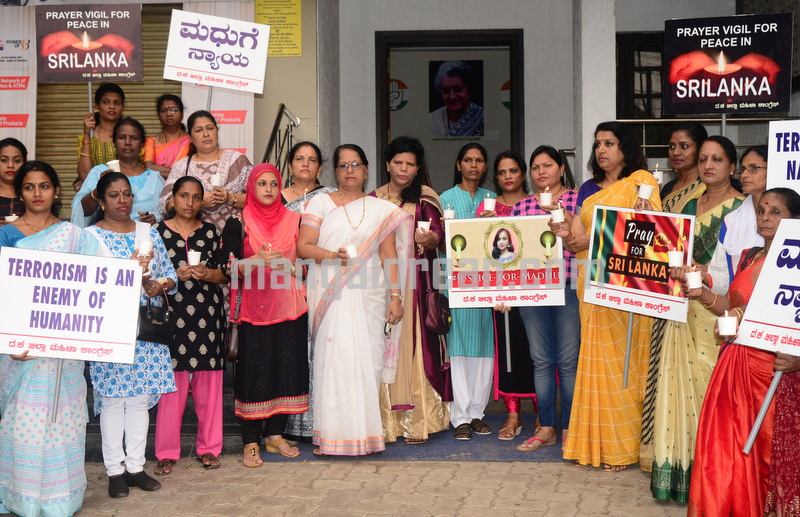 Shalet Pinto further said, “There is suspicion around the murder of Madhu and her parents are claiming that their daughter was raped and murdered. We want the girls in our country to be protected. Terrorism has no religion. We pray to God to give everyone a sense of humanity so that such attacks never take place in the future.”