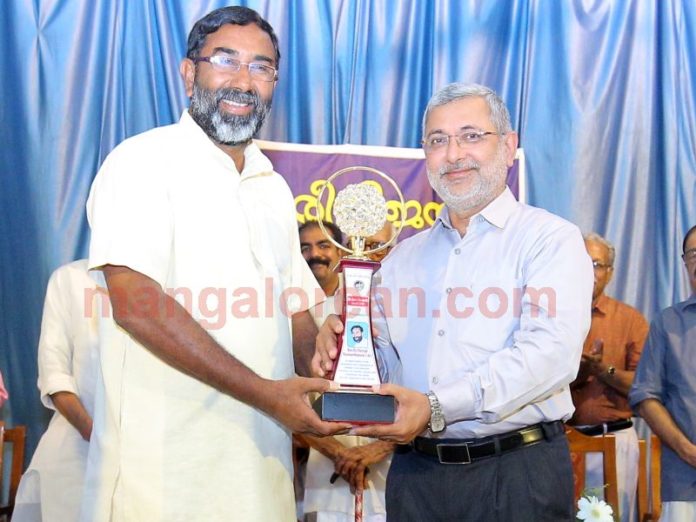 Fr George Kannanthanam was conferred the Dr John Chirayath Award for Social Service for his lifetime contribution to the field of social work. The award was handed over by Justice Kurian Joseph, former Supreme Court Judge. at a function at the Kerala Sahithya Academy Auditorium, Trichur, Kerala today. (Nov 16th, Saturday). 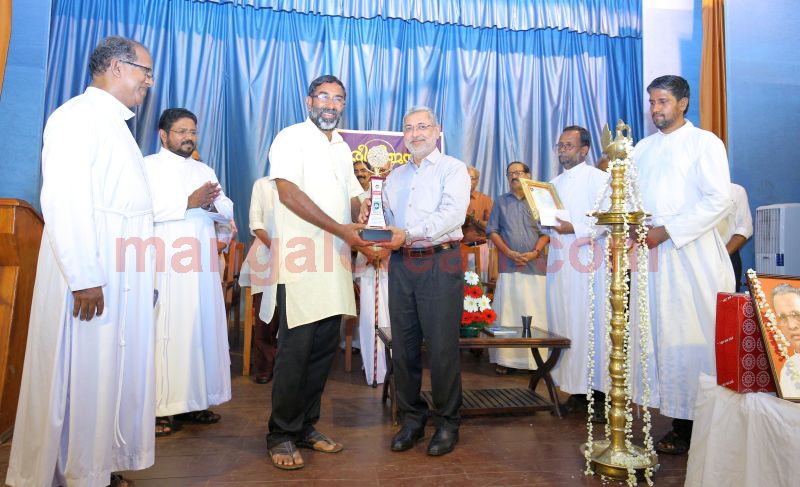 Fr George was given the award by ‘Maryvijayam’, a 70-year-old Catholic magazine of the Malabar Missionary Brothers for his involvement with various innovative social initiatives focussed on the people in the peripheries of society since 30 years. Justice Kurian appreciated the significant contributions made by Claretian priest Fr George for those affected by addiction, leprosy, HIV/AIDS, disabilities and natural disasters. Handing over the citation and the award he said, ”Our self-knowledge and our spiritual knowledge must lead us to the commitment to the others.” 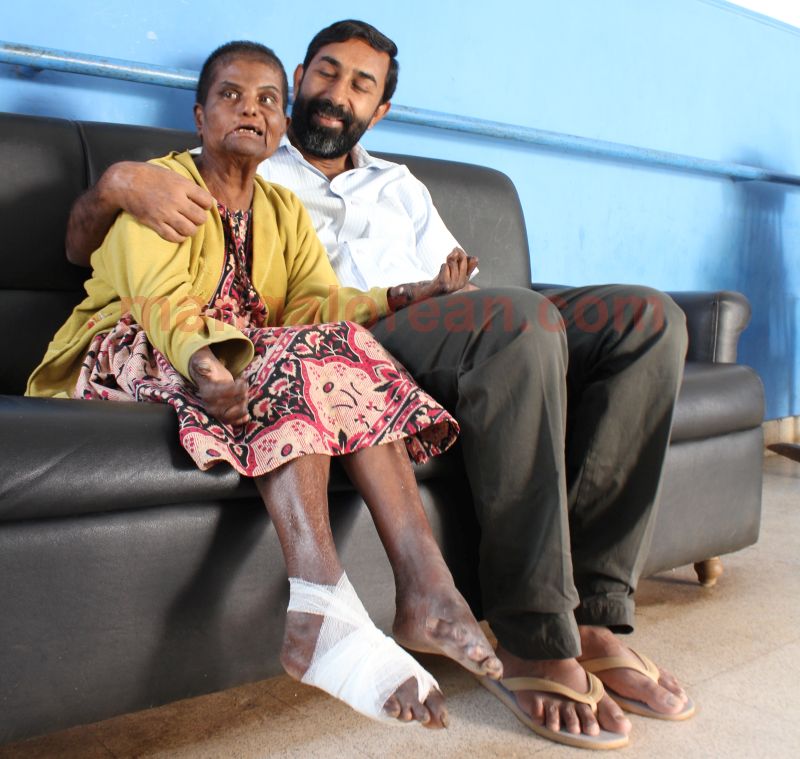 Ordained in 1992, Fr George lived a good part of his life as a priest in Sumanahalli leprosy centre in Bangalore, which has more than 100 leprosy-affected inmates. He set up a school, garments manufacturing unit and built about houses for leprosy-affected persons.

Support Centres in Bangalore (2004) and Belgaum (2008) were established by Fr George to provide residential care and rehabilitation for those affected by HIV/AIDS. Integrating the HIV affected to the mainstream of society was the major focus of these centres.

Tsunami in 2004 found Fr George moving to Cuddalore, Tamil Nadu working in seven villages for relief and rehabilitation. Maduvapalam, a village with 60 fishermen families was the first to go back to sea with new boats for fishing on the 23rd day, in the entire coastland of India after the tsunami. The shared boat ownership concept wherein a group of eight families were given a new boat to be owned and operated by them sharing the profits was a path-breaking initiative adopted by various agencies for tsunami rehabilitation. One of the eight was a widow, who lost the breadwinner in the tsunami. None of them owned boats earlier. A hundred boats were provided and 100 houses built for the victims affected by the tsunami. 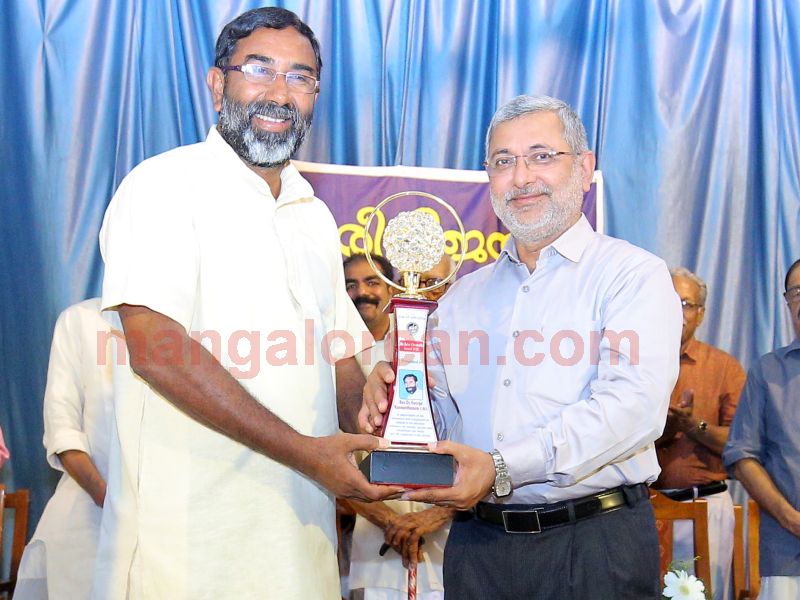 The 2015 earthquake in Nepal saw Fr George rushing to Kathmandu, with his initiative named Bangalore Cares for Nepal. He worked with a leprosy colony named Budaneelakanta, in the outskirts of Kathmandu, to provide the fifty families there with shelter. About 600 temporary shelters and 65 permanent houses were constructed in remote areas of Nepal. A school and a community hall in Kavre stand testimony to his work. About 40 students from families affected with the earthquake have been brought to Bangalore for nursing and hotel management training, providing them a sustainable livelihood. Many of them are now taking caring of their families.

Floods in Kerala in 2018 saw Fr George initiating the program called Bangalore Cares for Kerala. About 330 temporary shelters were constructed mostly for the tribal families in Wayanad. Now 25 houses are being constructed for various families with special needs like disabilities and widows.

Currently, Fr George is the Director of Project Vision, working for the cause of the blind. He dreams of a world where all the visually challenged people can gain sight. 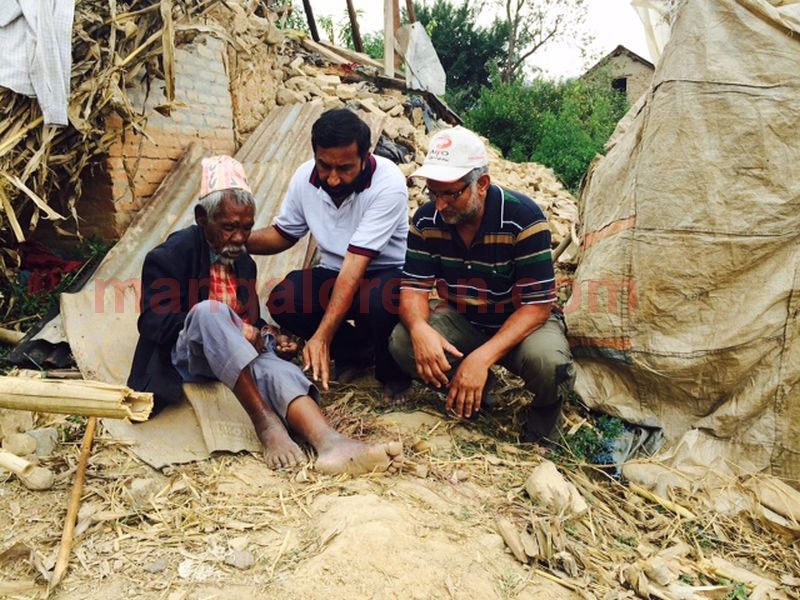 One of the special interventions focused by Fr George was to provide shelter and housing to the poorest of the poor. Beginning with the construction of three houses for his ordination, avoiding all celebrations, so far about 1300 houses have been built by him for victims of leprosy, HIV, disabilities and disasters.

With a Masters in Social Work and Doctorate in Sociology, Fr George has written the book named THE EMPTY NEST, on the rehabilitation model for leprosy. He was conferred National Award from Government of India which was received from President Abdul Kalam in 2003, Mother Teresa Award for selfless service in 2012 and Best Citizen of Bengaluru Award from Namma Bengaluru Foundation in 2013.

Prof. P C Thomas was given the Darsana Award for social and literary works, Dr Cyriac Alias Kanichai CMI for his Theological contributions and T C Mathew for his journalistic works at the function by Justice Kurian Joseph.