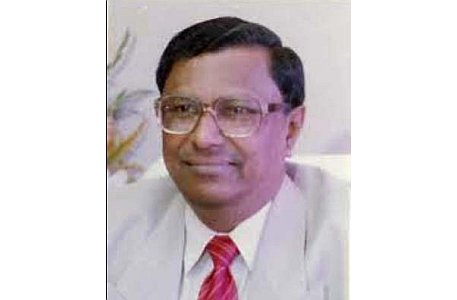 When Dr. N. K. Thingalaya passed way on the eve of India’s republic day, India lost not just a competent rural banker, not just an honest director of many companies, not a learned professor-emeritus of Justice K. S. Hegde Institute of Management, not just an outstanding research scholar but a shining role model for the current generation in a country where corruption has become a part of its DNA and where it has become rare to find non corrupt leaders.

It was because of the introduction of publisher and editor of Industrial Economist (IE) from Chennai, S. Viswanathan I got a chance to interact with Dr. Thingalya in 2016. Dr. Thingalaya used to be a regular writer of a column on banking for IE and not missed even one month, equalling the record of its editor, S Viswanathan.

After getting a doctorate in economics from Bombay University, Dr. Thingalaya joined Syndicate Bank in 1966 as the economic advisor. His was one man “show” to start economic research department in a small bank located in a small unknown town of Manipal with a total deposit of Rs. 74 crores with 217 branches. At that time he might not have realized that one day from his “boring” job of a banker he would rise to the topmost position as the Chairman and Managing Director (1997) of one of the largest nationalized banks of India.

In one of his several erudite articles, Dr. Thingalaya has quoted Nobel laureate Prof Krugman who wrote that in his days only non ambitious students took up the boring job in banking in the US. However, from day one of his joining the bank, Dr. Thingalaya never felt that his was a boring job. He was lucky that one of the dynamic bankers T. A. Pai who must have seen the outstanding qualities in the young graduate had invited him to join the bank. Let us not forget that luck favors only those who are well prepared. Dr. Thingalaya was ready to take up the challenge as a result of completing his doctorate.

Within a week of joining the bank, he ventured into taking up a study, “An Economic Profile of the Rural Customers of the Bank”. Here is a lesson for young managers. They should dare to take up challenging projects which on the surface may not look glamorous or even promising. However such initiatives can help to climb the corporate ladder though such an ambition was far from Dr. Thingalaya’s mind.

Since Dr. Thingalaya was interested in helping the rural areas from the beginning, it came natural for him to get involved in such rural oriented projects. As a result of this first project, within few months when Syndicate Bank was asked to take up a study to expand rural banking in Nagarjuna Sagar Project in Andhra Pradesh, Dr. Thingalaya was the natural choice. Was this a lucky break or a result of taking up the challenge soon after joining the bank? It gave him an opportunity to visit several villages in remote areas of the country.

Dr. Thingalaya’s interest in rural development and rural banking helped him to become a mentor when Syndicate Bank promoted ten regional rural banks in five states in the 70s. He played a key role in promoting gramin banks and this, in turn, resulted in the Reserve Bank appointing him as the Chairman of the Expert Group on the Regional Rural Banks.

It was because of the leadership role of Dr. Thingalaya, Lakshadwipa got formal banking in 1970. Till then it had mostly barter system. By 2010 there were 11 branches of two banks (Syndicate and State Bank of India) with 43400 deposit accounts for 9240 households. In other words, in Lakhsdwipa every household had more than one bank account. Dr. Thinagalaya deserves a lot of credit for such an impressive development.

Today most of us have forgotten the once famous Pigmy deposit of Syndicate which collected as little as Rs 0.25 from poor families and lent them money. This was indeed an inclusive project of helping the poorest of the poor to have access to practical banking – a precursor to the current Jan Dhan Yojana. Here also the meticulous research conducted by Dr. Thingalaya in the Pigmy deposit project helped him to travel to Washington to present his research findings to the World Bank.

One may wonder that despite being not ambitious and our system being corruption-ridden, how did Dr. Thingalaya was promoted as CMD of a public sector bank. Unlike many, he would not have attempted to buy the position or approached the politically connected to get the appointment. The only factor which helped him to get his job was his outstanding qualities and contribution to the bank.

It was inspiring and humbling to have visited him in his ordinary flat in Mangalore. Since he was a CMD of a public sector bank, I was expecting a luxurious flat. How many CMDs of Banks will readily agree to give an appointment to a common person like myself whose only credential he knew was that I was writing articles for Industrial Economist.

When he knew about my interest in statistics, he was discussing how he has written to Reserve Bank to send some information on rural banks for his research. Even at his ripe old age of 83, he was interested to study the banking problems of rural area by collecting statistics. In today’s digital age of fake news where statistics are “manufactured” here is an executive trying to dig into facts.

By this time it must be quite evident that I have the highest respect and admiration for Dr. Thingalaya’s humility, honesty, his interest to serve the rural poor and above all his highest standard of professionalism. Let me end by quoting Dr. Thingalaya himself, “ After acquiring a degree in the dismal science, I was aspiring to opt for an academic career to become a worshipper of Saraswathi, the goddess of Learning. Fate decided otherwise to make me a servant of the worshippers of Lakshmi, the Goddess of Wealth. But that gave me an opportunity to obtain an insight into the ground realities of rural India, the real India. I realized that rural banking can be made as an instrument for mitigating the pangs of poverty, if not its complete elimination. Though I was not able to wipe out the tears of many, I was fortunate to see some smiling faces in rural India.”.