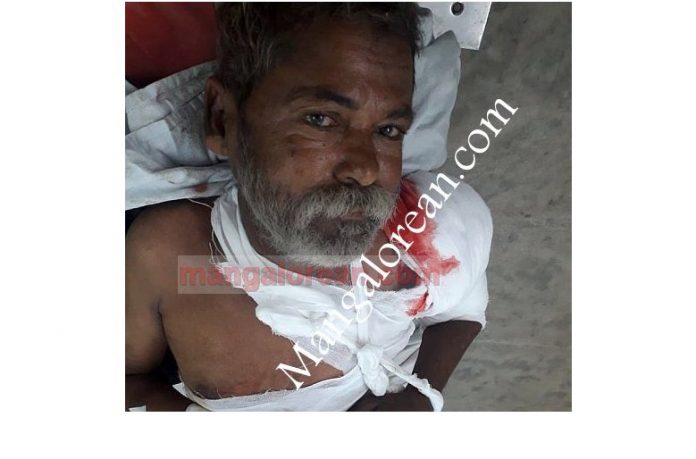 Mangaluru: An elderly man was severely injured after he was hit by a lorry at Nanthur here, on January 25.

The injured has been identified as Sadanand Ammanna (61), from Elyar Padav.

According to the police, on January 25 at around 6:00 pm, while Sadanand was walking near the Nanthur junction a lorry hit him. The traffic police reached the spot and shifted him to the Government Wenlock Hospital for treatment. He was severely injured in the shoulder and requires surgery.

When asked about his whereabouts, Sadanand said that he was a scrap metal collector and from the past four years, he has not gone home. He is the eldest one in his family but does not have any contact number of his family members.

For further treatment, it is necessary for the family members to come forward and take care of him during his stay in the hospital. If anyone comes across Sadanand’s family, kindly inform the East Traffic Police or Call 0824- 2220523.