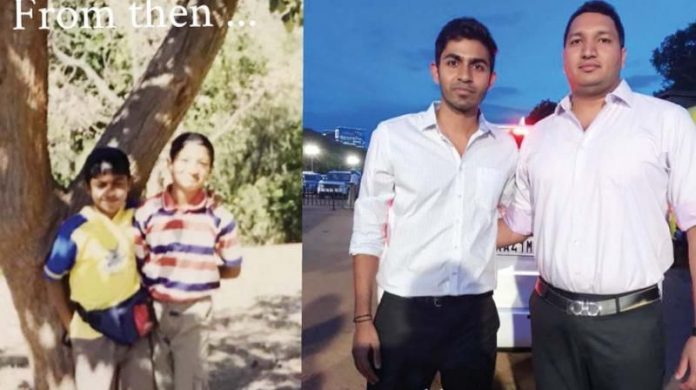 Bengaluru: Proving that a friend in need is a friend indeed, Guru Rajkumar, grandson of late Kannada matinee idol, Dr Rajkumar, has started a campaign on Facebook to get justice for his childhood friend, Vidwath, who was brutally beaten up by Mohammad Nalapad Haris, the son of a city Congress MLA, N A Haris, and his associates at an upscale café in UB City last week.

Guru, who is also an actor and producer in the Kannada film industry, rushed to Mallya hospital as soon as he learnt about the attack on Vidwath. Going by sources, it was on his arrival at the hospital that Nalapad and gang who were allegedly trying to intimidate Vidwath, gave up and left.

In a post on February 20, Guru wrote on his Facebook wall, “From Primary School To Forever .. If My Brother is Hurt, I am Hurt. His Pain is My Pain! Get well soon my Brother Vidwath! Always there for you #JusticeforVidwath”. The post was shared widely and many have commented asking the government to provide justice to Vidwath and punish the guilty. Having surrendered to the police and produced before the court, Nalapad and his associates are currently in judicial custody until March 7.

‘Vidwath not to be shifted for now’

Twenty-four-year-old Vidwath, who was assaulted by Mohammad Nalapad Haris and his henchmen at a city cafe, continues to be in the ICU of Mallya hospital, battling severe facial injuries and fractures. However, doctors rubbished reports of the family trying to shift him to Singapore. “His condition is such that he cannot be shifted to any other hospital in the city, let alone the country. He is likely to stay at the hospital ICU for a few days, after which a decision can be made,” said Dr Anand K., consulting plastic surgeon, Mallya Hospital. He added that his facial swelling has subsided a bit. “He still needs to be kept in the ICU and under observation. He is running high fever and is on painkillers,” Dr Anand said.