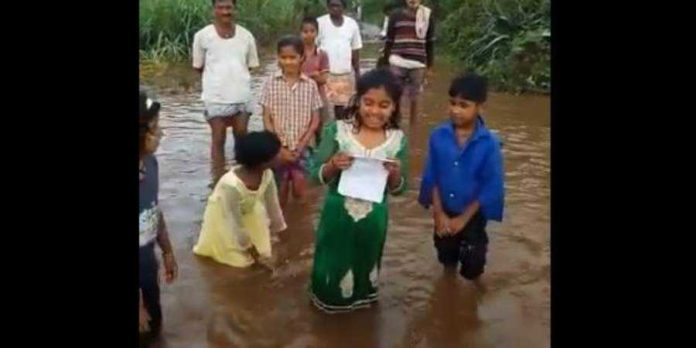 BAGALKOT: An 8-year-old girl reading a letter detailing the difficulties she had to face in a flood-hit village in Bagalkot is making waves. 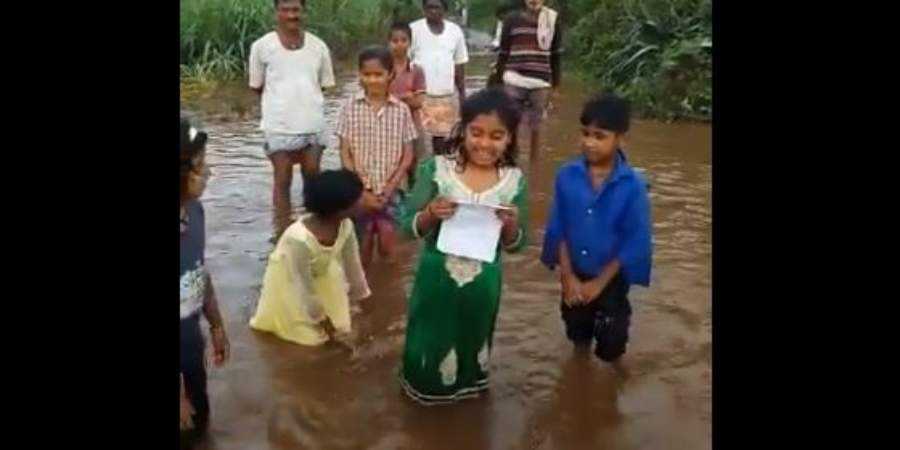 Annapoorna Matad, a resident of Belagali village of Mudhol taluk, wrote a letter to Deputy Chief Minister Govind Karjol, who represents the Mudhol constituency, and officials of the district administration. In her letter, she detailed the difficulties faced by the villagers due to heavy rain in the last couple of days. She said the road connecting two villages had been flooded for three days but the authorities had not bothered to repair it.

The video of her reading the letter went viral on social media. In the 43-second video, she also urged the authorities concerned to repair the roads at the earliest in order to avoid such problems in the future. “If you are not bound to do your duty and address the peoples’ problems, then why should you be the peoples’ representative,” questioned Annapoorna.

Like Belagali in Mudhol, many other villages on the banks of the Ghataprabha and Malaprabha rivers are flooded due to incessant rain over the past couple of days. Heavy rain in the catchment areas of the Malaprabha River basin has resulted in the river overflowing.