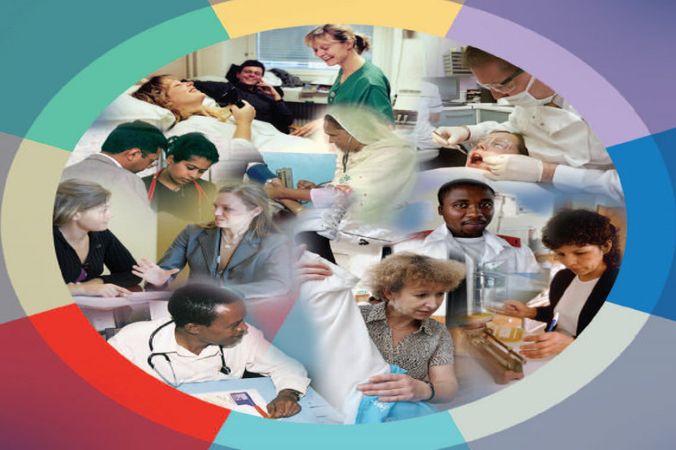 Everything You Need to Know About Nursing in Morocco

The healthcare sector in Morocco is expanding quickly, creating an increasing demand for nurses and other medical professionals. With the government spending about 5% of the country’s gross domestic product on healthcare infrastructure and investments and 70% of the population receiving most of their medical treatment from public hospitals, there’s an obvious need for more hospital and clinic workers, especially nurses. Whether you’re hoping to become a nurse in Morocco or are just curious about some of the facts that surround the occupation in this area of the world, it can certainly be difficult to find useful information about nursing in this region. In this extensive guide, we’ll go over a list of 20 interesting insights and facts that will help you gain a better understanding of the nursing industry in Morocco:

There are at least 8 major internet providers and more than 20 million internet users in Morocco. What does that have to do with nursing? Well, the widespread availability and use of the internet means that Moroccan citizens have convenient access to online degree programs that can help them become a nurse or advance their career on their own schedule. For example, a registered nurse (RN) can pursue a doctor of nursing practice (DNP) degree while keeping their current job. As a result, a rising percentage of nursing graduates in Morocco are obtaining their credentials from distance learning institutions instead of local universities.

There are only 13 public universities in Morocco, which is enough to accommodate the population but is definitely not a diverse selection of schools in any regard. While there are an additional 211 private institutes and schools, most of these do not educate nurses. There are also 8 private universities in this country, but those are going to be a more expensive option than attending an online nursing program, hence the first insight listed above.

There have been numerous studies and reports that discuss the clinical and clerical challenges that are currently being faced in Morocco and many other countries. Nursing units in the country are having a hard time staying optimally staffed due to the ongoing nursing shortage, which is discussed more below. The difficulty of keeping an adequate number of nurses on the schedule can create a hassle for administrators and lead to lengthy waiting times and decreased quality of care. However, this is another perk for aspiring Moroccan nurses, because it means there are always openings that are waiting to be filled.

4. Average Salary for a Nurse in Morocco

The median monthly salary for Moroccan nurses sits at about 19,000 MAD, with the top tier of the nation’s nurses earning about 29,000 MAD. To put that into perspective, that’s about $2,000 to $3,000 per month. That makes nurses relatively well-paid in comparison to other professionals in the area. With a low cost of living and surprisingly affordable commodity and food prices, Morocco is a great place for a nurse to make the most out of their income potential.

Many of the towns and rural areas in Morocco do not have hospitals. As a result, medical care often needs to be provided on an outpatient basis or within a makeshift clinic setting. This creates a heightened need for travel nurses and mobile healthcare providers. In fact, many of the country’s nurses are not stationed at specific hospitals or clinics, because they operate on a travelling basis instead.

As a developing nation, Morocco faces an extensive number of societal challenges, and healthcare is one of them. Nurses are some of the most important workers in the medical field, providing entry-level care and diagnosis to patients, many times in place of a physician. Doctors are overloaded with work in Morocco, so nurses play a pivotal role in fulfilling the country’s growing demand for healthcare.

7. There’s One Bed Per Nurse

As mentioned, there aren’t many hospitals in Morocco in comparison to the total population. This creates a setting in which there’s an average of one hospital bed per nurse. That might give the impression that there’s no shortage, but you have to remember that many nurses are providing care in a community or temporary surroundings where there isn’t an official number of beds listed. Thus, much of the nursing shortage exists in these environments and outside of the traditional hospital setting.

According to a Global Health Workforce Alliance Report issued by the World Health Organization (WHO), there were about 1,134 inhabitants per nurse back in 2010. That number is probably hovering in a similar range a decade later, as the number of nurses has grown alongside the population. It’s important to note that this statistic only represents the public sector. However, private sector nursing in Morocco is statistically insignificant in comparison.

If we consider the above statistic in conjunction with the fact that there are about 35 million people living in Morocco, we can calculate that there are roughly 35,000 nurses currently working in the country. By this statistic, it can be deduced that the shortage is actually not as bad in Morocco as it is in some other countries. Still, only having one nurse per 1,000 inhabitants can definitely be considered a shortage nonetheless.

10. Many Moroccan Hospitals are Poorly Equipped

The town of Ifli is one example of a place in Morocco that has become known for lacking modern healthcare. This town lies on the Algerian border and does not contain any medical imaging machines, surgeons, operating rooms, laboratories, specialists, or any of the other features you would expect to find in a modern hospital. As you can imagine, nurses who work in such areas face significant challenges but are also valuable assets to their communities.

11. Other Hospitals Can Be Many Miles Away

Other than the local clinic that calls itself a hospital, the nearest actual hospital to Ifli, for example, is located 70 miles away. Of course, that means that nurses often need to provide emergency care in the interim while patients are being transported to the nearest well-equipped facility. In many cases, the closest hospital might only be slightly better equipped, so nurses often need to become accustomed to working with less than the usual components.

With Morocco having a landmass of about 172,000 square miles and factoring in the aforementioned statistic of there being around 35,000 nurses in the country, that means there should be about 5 nurses per square mile mathematically speaking. The problem is, the vast majority of those nurses live in cities and areas where there are hospitals and clinics, while other areas may not have a single nurse in a 50-square mile radius. This creates a scenario in which the numbers don’t necessarily reflect the severity of the shortage in many areas.

In addition to economic and infrastructure challenges, the healthcare sector in Morocco also faces general resistance from many citizens who do not agree with modern medicine. Many of these residents choose instead to practice traditional healing and treatment methods that are based on herbalism and spiritualism.

Unfortunately, the widespread belief in these ancient medical approaches causes many Moroccans to miss out on the medicines and procedures they need to lead healthy and enjoyable lifestyles.

14. Midwives Compete with Kabilas in Many Areas

There are many places in Morocco where women prefer to receive obstetric care from traditional birth doctors called kabilas instead of utilizing the services of an accredited midwife. This is a common problem in the aforementioned town of Ifli, where the local hospital is widely considered the most unsafe place to give birth statistically. Despite high rates of birth complications and infant death, many residents still resist conventional obstetrics. As this trend shifts in favor of modern medicine, the country will inevitably need more nurses and midwives to accommodate the increasing acceptance.

According to stats issued by the WHO, the average age of paramedical staff in Morocco was 45 years as of 2010. At that time, roughly 6 out of 10 nurses were older than 45. That number is probably a bit lower now that many of the older nurses have retired in the past decade, which is discussed more below. After all, those same 6 out of 10 nurses who were 45 back then are now 55, which is very close to the retirement age of 60. This means that there is not only an opportunity but an absolute need for younger citizens to step up and become nurses during the next 5 years.

While the Moroccan government recently proposed raising the retirement age to 63 from 60, that plan has not been officially set into motion. Even if that happens, it will only buy another 3 years of time for the economy to fix it skilled worker shortages. As more baby boomers continue to retire from the nursing workforce by the thousands every year, there simply aren’t enough new graduates showing up to take their place.

Traditionally, hospitals and other employers in the healthcare sector have preferred to hire experienced nurses. This kind of requirement makes sense when you have an industry where more than 60% of the professionals are over the age of 45. However, as older nurses continue to leave their positions unfilled, many facilities are becoming less strict about experience requirements. In fact, it has never been easier for a first-year graduate to find a nursing job in Morocco.

A number of studies have pointed towards the inefficiencies and workflow deficiencies that many Moroccan hospitals and clinics are facing. Paramedical staff are often burdened with difficult schedules due to staff shortages. Even in facilities where there are just enough nurses to fill the gap, administrative workers need to properly arrange schedules to ensure the workforce is being used optimally. Since hospital administrators usually earn more than nurses, this represents a possible career advancement that the country’s upcoming medical professionals can strive towards.

Access to nursing isn’t just a problem in Morocco’s rural areas either, as the nation’s major cities are all known for having remarkably fast-growing populations. Thriving metropolises like Casablanca, Fez, Marrakesh, and Tangier have all seen their populations approach or surpass 1 million. The problem is that these cities are growing much faster than the rate of new nursing graduates. That means that the demand for qualified nurses will only continue to rise alongside the population.

20. Many Moroccan Nurses Wind Up Leaving the Country

The skills and credentials required to become a nurse in Morocco are usually sufficient for landing nursing jobs in other countries as well. As a result, many Moroccan nurses have the goal of moving to another country where the economy is better and the currency is worth more. This constant temptation to leave creates a scenario in which the local shortage is only getting worse as more nurses either retire or leave to pursue work abroad. On the other hand, it also represents a very real immigration opportunity for Moroccan nurses who have the goal of relocating to a developed nation.

Improving the Quality of Healthcare in Rural Morocco

With all of the above facts in mind, it’s easy to see why nurse education has become such an important topic for the country’s academic and developmental goals. While hospitals in major cities are doing well to facilitate improvement, the situation has remained mostly unchanged in many rural areas for decades. Thus, any Moroccan who wants to make a positive change in their society should consider the possibility of becoming a nurse to help with these shortages.