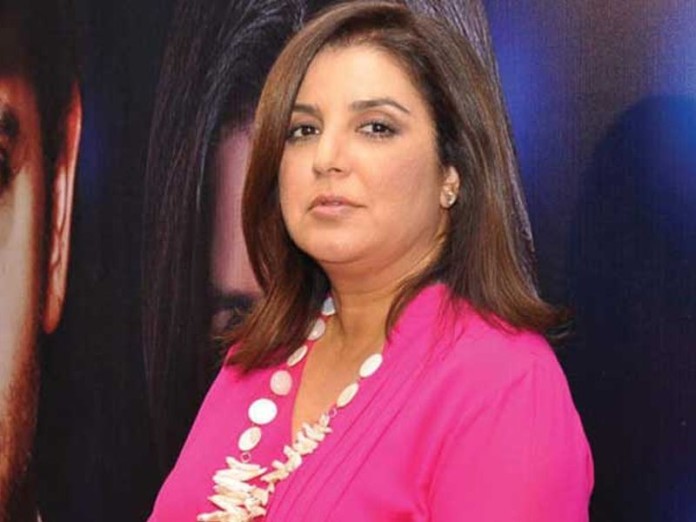 Mumbai:  Filmmaker-choreographer Farah Khan, who has been booked for reportedly hurting religious sentiments of the Christian community on a TV show, is “extremely saddened” that some sentiments have been hurt by a recent episode, and she said that she respects all religions.

“I’m extremely saddened that some sentiments have been inadvertently hurt by a recent episode of my show. I respect all religions, n it would never be my intention 2disrespect any. On behalf of the entire team, Raveena Tandon, Bharti Singh and Myself.. we do sincerely apologise,” she tweeted on Friday.

The case was registered on the complaint of Sonu Jafar, President of the Christian Front, in Ajnala town in Amritsar district.

He alleged that religious sentiments of the Christians have been hurt, when the stars trivialised the word “Hallelujah”, while trying to pronounce it.

“Hallelujah” is a Hebrew word meaning “Praise ye, Yah”, referring to the Lord.

The case was registered under section 295-A (deliberate and malicious acts, intended to outrage reliAgious feelings of any class by insulting its religion or religious beliefs) under the Indian Penal Code (IPC).

Senior Superintendent of Police Vikram Jeet Duggal said the case was registered on the complaint along the video footage of the programme.

An FIR has been lodged against Bollywood actress Raveena Tandon, choreographer-filmmaker Farah Khan and comedy queen Bharti Singh at the Ajnala police station in Amritsar. The three divas have been accused of hurting religious sentiments of a section of a community through their comedy act that has been relayed on Christmas day. The complaint has been confirmed by SSP Vikram Jeet Duggal and he revealed that the police has lodged a complaint with the video of the program, under Section 295A of the IPC.

According to The Tribune’s report, the comedy show of Raveena Tandon, Farah Khan and Bharti Singh aired on the TV channel on Christmas day in which some words were said about Christianity., This didn’t go down well with the people. They claimed that the show insulted Christianity which is why a written complaint has been made.

On the related note, actor-producer Raveena Tandon has turned screenplay writer. The diva has already written four scripts for her own production house. She attracted many eyeballs lately when she judged the couple’s dance-based reality show Nach Baliye 9. She shared the panel with choreographer-filmmaker Ahmed Khan.

I know amendment is a highly inflammable word these days in our country but I want a blaephemy law to punish those who make fun of TinTin, Vikram and Bethal and Suppandi. Can Captain Amarinder Singh make amendments to the existing law?