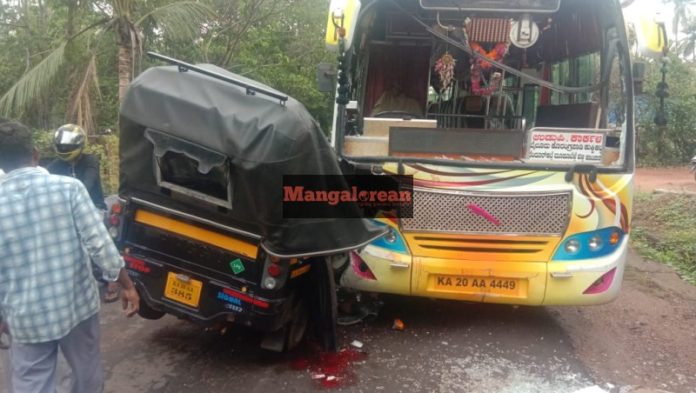 Udupi:  A father and his son were injured when their autorickshaw collided with a private bus at Korangrapadi on Wednesday, June 19 morning. 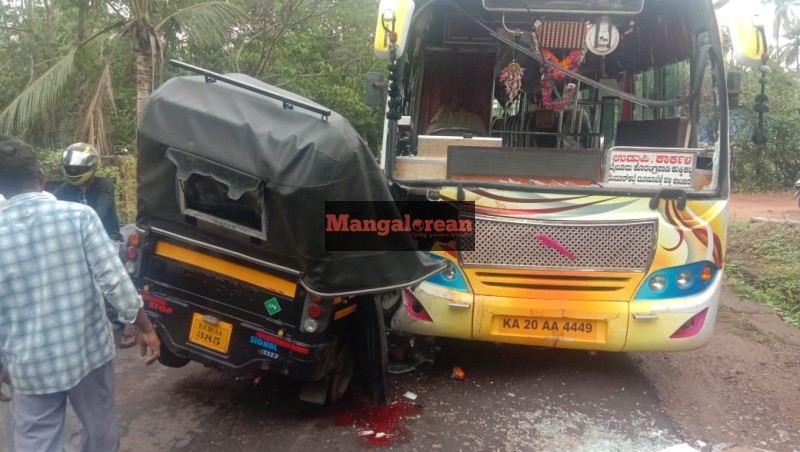 According to sources, the Auto Rickshaw driver was carrying his son along with other children to the MET Public School Udyavar, when a bus which was coming from the opposite direction collided with the auto rickshaw.

One of the children in the auto and the Auto driver were seriously injured and shifted to the KMC hospital Manipal.

The locals rushed to the accident spot and helped to shift the students to the hospital.

Udupi Traffic Police visited the spot and are investigating.

Please stop careless driving. Always be alert. This is no game as the results could be fatal.