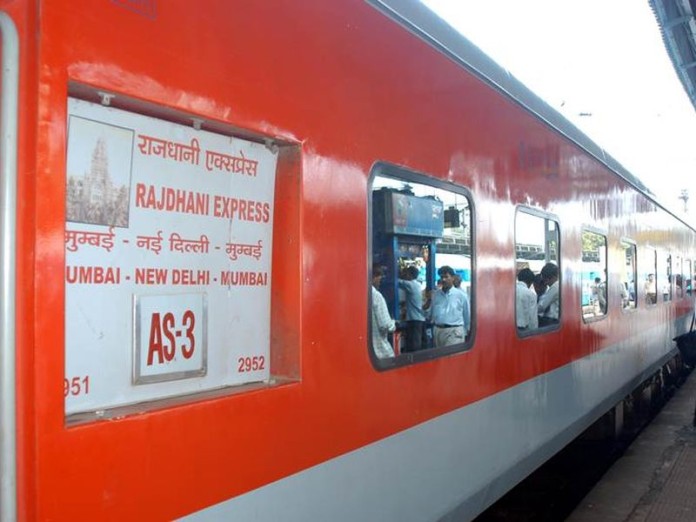 Mangaluru: For many passengers who can afford to shell out more money, always prefer Rajdhani Express trains to reach their destination faster than other trains- and I too also prefer Rajdhani to travel to Margao from Mangaluru Junction railway station-but many a times getting confirmed tickets is an hassle-you will always be on wait list. Travel by Rajdhani is much faster than other trains- the travel time from Mangaluru to Margao-Goa is about 5.30 hrs, while other trains take nearly 7- 7.30 hrs. But now there is good news for those people who have unconfirmed Rajdhani tickets- and still want to reach their destination in time and faster.

According to sources, Air India will now fly unconfirmed passengers of Rajdhani trains at the fares matching with the AC first class ticket prices under a special scheme for a limited period. Rajdhani Express passengers who remain wait-listed can now book the tickets four hours prior to the flight departure at a fare which is equivalent to the ticket price IA class of these trains.

Under the ‘Super Saver’ scheme, Air India offers an all-inclusive economy class one-way fare on its select domestic routes, which started from June 26 till September 30, 2016. Currently, 21 Rajdhani Express trains run across the Indian Railways network and close to 20,000 passengers travel in these train everyday. As on date, 1A Rajdhani fares for Mumbai and Chennai stood at Rs 4,755 and Rs 6,335, respectively.

Similarly, the first AC fares for these trains to Kolkata and Guwahati were Rs 4,815 and Rs 5,990, respectively. However, thousands of passengers are unable to get confirmed tickets due to non-availability of seats. Air India will now bridge this gap as passengers. By availing the scheme, passengers will not only reach their destination at the same cost of Rajdhani Express but in much lesser time.