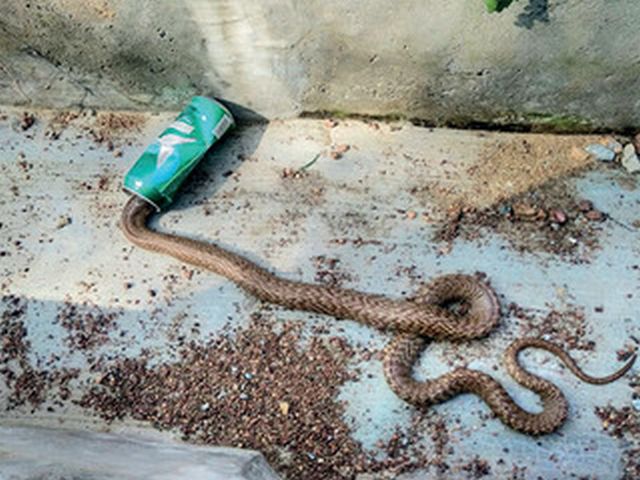 For The Good Times, Cheers! Snake Got Stuck Inside a KF Beer Can

Chikkamagaluru: The head of a snake was trapped in a KF beer can and it suffered for nearly two hours before it was freed by a snake rescuer. The incident was reported at Udayanagar Dantaramakki of Chikkamagaluru district on Wednesday-the snake was found in the compound of Rajegowda. The snake was rescued by “Snake” Naresh Kumar.

“Till date, I have rescued over 20,000 snakes and this is for the first time, I saw a snake trapped like this. Its head was stuck inside the can. The biggest challenge was to rescue the cobra without hurting it. The snake was at least four feet long and after tactfully cutting the beer can, we managed to save it,” said Naresh Kumar, who rescued the snake.