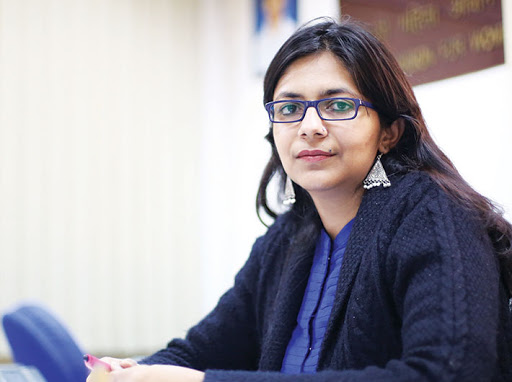 New Delhi:  A delegation of students of Delhi University’s all-girls Gargi College will meet Delhi Commission for Women (DCW) chief Swati Maliwal here on Friday regarding an ongoing probe into sexual harassment by a mob of outsiders on February 6.

“The meeting is scheduled around 2 pm, wherein students will seek to know the status of the probe,” Rahul Tahilayani, Personal Secretary to Maliwal, told IANS.

A number of students of Gargi College in south Delhi had alleged manhandling and sexual harassment by outsiders who had gatecrashed the campus during the annual cultural fest ‘Reverie’.

A third-year college student said the aggrieved students were ready to file an RTI application to seek relevant information from authorities.

A fact-finding committee that recorded and examined testimonies of more than 600 students so far has found that the Internal Complaints Committee in the college was allegedly grossly biased and compromised.

So far, the Delhi Police has arrested 17 persons, of which 10 have been granted bail by Delhi’s Saket court.