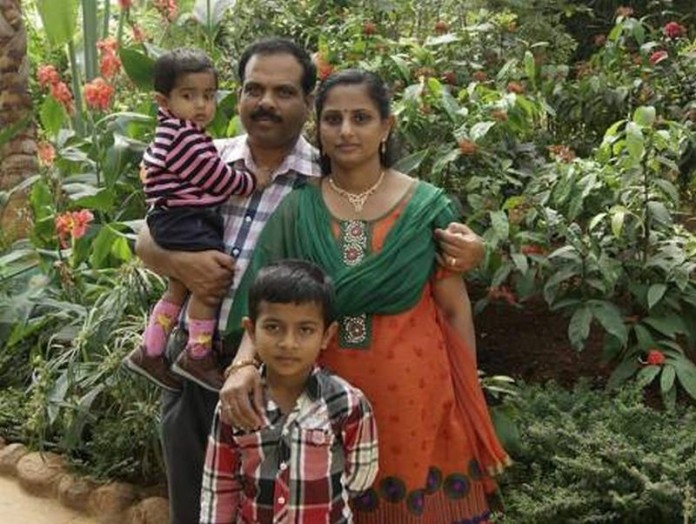 Dubai (Gulf News) : The UAE visit of an Indian family ended in tragedy after the father living here and his son who was visiting him died in a car accident in Dubai on Monday.

The family of C.D. Sunny, 46, who had been working as a sales executive in Dubai for 24 years, met with the accident while they were on their way home after a church visit late on Monday evening, family friends told Gulf News.

“They were on the way back from St. Mary’s Church to their flat near the National Paints area in Sharjah… Apparently a 4WD car banged their car from behind when they reached Muhaisna,” said Praveen Jose, a neighbour of Sunny’s family from Kecheri in Kerala.

He said the elder son of Sunny, 11-year-old Alvin, was thrown out of the car due to the impact of the crash and died on the spot. Sunny died on the way to hospital, Praveen said.

Sunny’s wife Jolly and second son Edwin, four, have been admitted in Rashid Hospital. “Edwin has fractured his leg… Jolly is completely shattered and is under sedation.”
The neighbour said Sunny’s family used to live in Dubai earlier. They relocated to his home town in Kecheri a few years ago.

“The wife and children had come here on a visit due to school vacation in India. They came on April 23 and were scheduled to fly back on this 28th.”

Praveen said Alwin was a very active boy. “I heard he was not keen on coming here for this vacation as he wanted to attend his football classes and take part in some matches.”

Shakkeer Kutty, another neighbour, said the entire group of expatriates from Kecheri town in various emirates is shocked and saddened by the tragedy. “The Kecherians group which has hundreds of members here have paid tributes to them…we are trying to support the family,” he said.

Sunny’s brothers and their families in the UAE are taking care of the bereaved woman and child, he added.