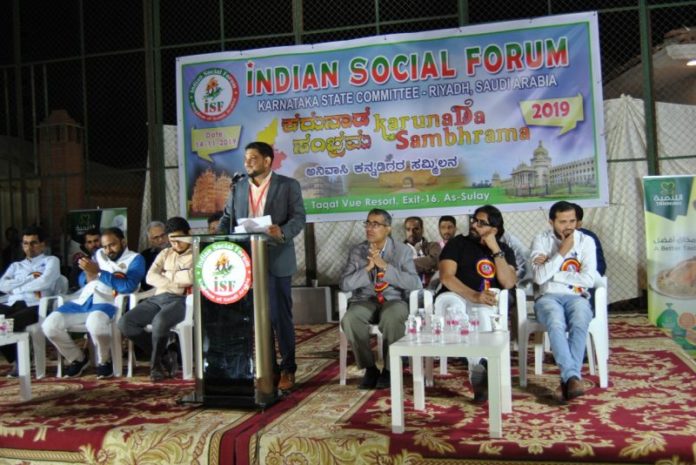 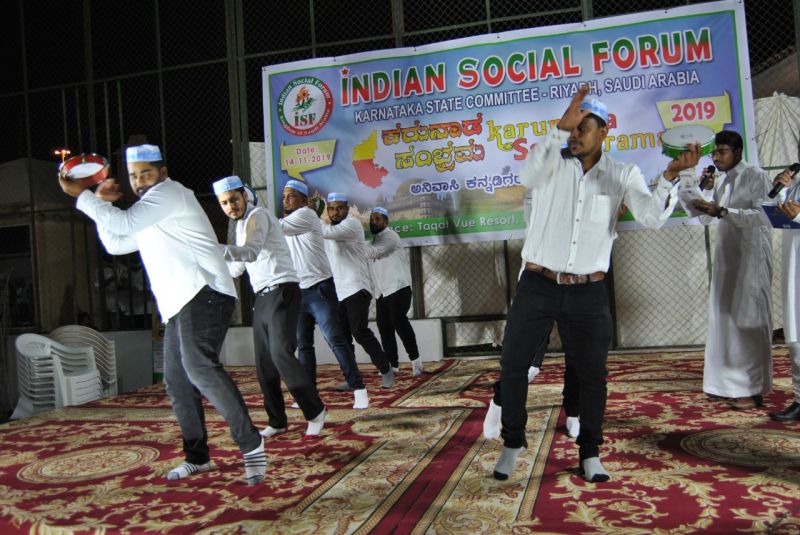 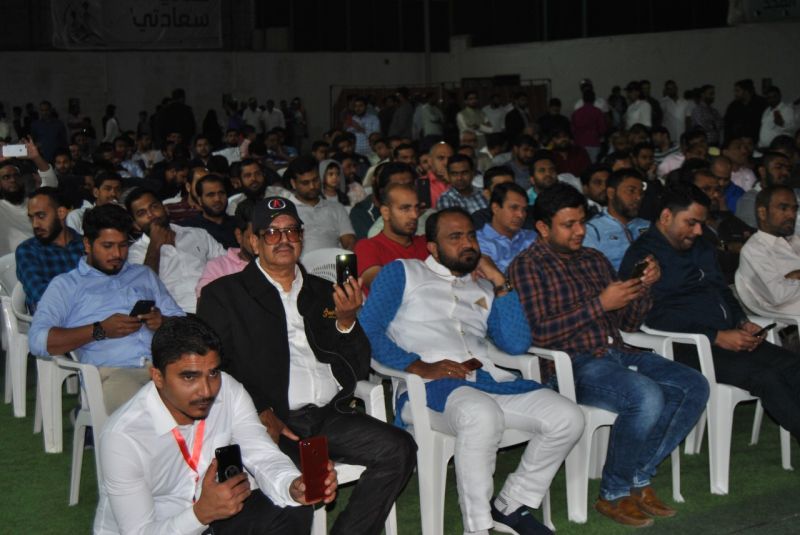 The event was inaugurated with EXPO-2019 which reflected the contribution of Intellectuals, Historic Places and Muslim Rulers Who Fought to free Indian and make it an independent Nation, Slides were also shown on how Fascism is growing in India and its solutions. 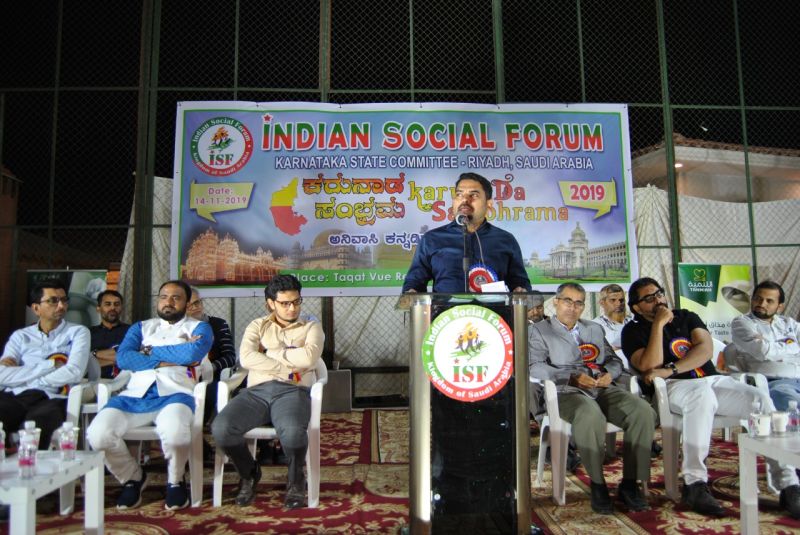 Basheer Ingapuzha, Zonal President India Fraternity Forum Saudi Arabia inaugurated the stage program and said coming days in India would not be the same how it used to be in Past and Secular forces in India should be ready for the sacrifices and work towards upholding the diversity, he urged people of India to stay united and face the fascism.

Delivering the keynote speech Mr. Riyaz Farangipete, General secretary SDPI explained about the history and culture of Karnataka and told that the Karunada Sambhrama is a meaningful event. 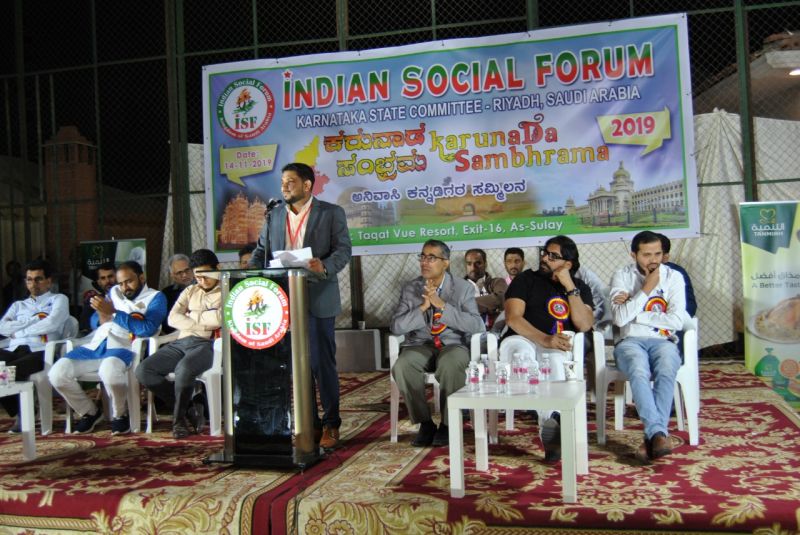 He said that the essence of co-existence, historical importance, cultural diversity in Karnataka and India has been destroyed by politicians for their political cause which has created an atmosphere of fear and enemity in the society.

The state which has given 8 Jnyanapeeta awards today is being ruled by Anti- Karnataka people who do not endorse the Karnataka flag,he also stressed that the party which could not give a Mayor position of BBMP to a Kannadiga are ruling the state of Karnataka today.

He expressed concern about rising cultural, religious intolerance in India is increasing everyday where fascist forces are destabilizing the core essence of India and its diversity. 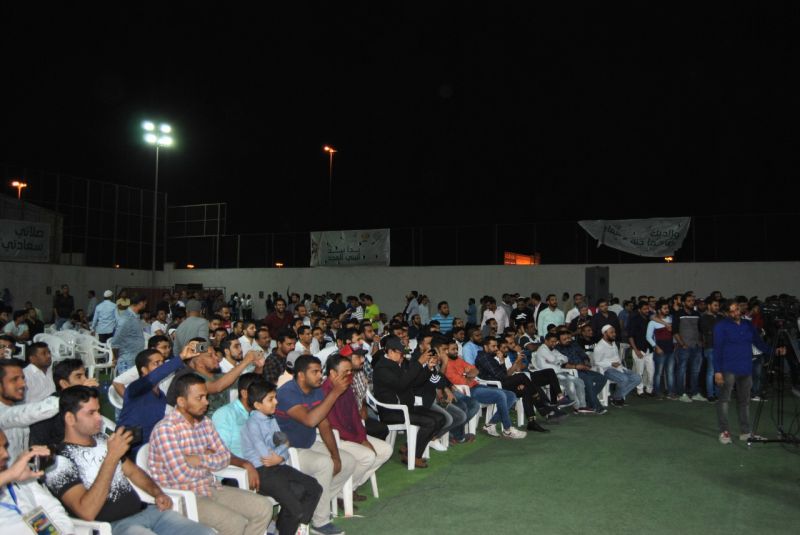 GDP level of nation is decreasing, further he said even after 73 years of independence, the common man and marginalized sections of society are still looking for the actual freedom which is freedom from fear, freedom hunger, education, shelter. He condemned revoking of article 370 / 35 (a) in Jammu Kashmir which has destroyed the life of people in J&K.

He explained the conspiracy behind the NRC and told how it is being systematically used to supress the marginalized and minorities of nation, he asked expat Indians to raise their voice against these anti-people policies and act a responsible citizen of India and join hands with Indian Social Form (ISF).

He said Acts Like UAPA, Agencies like NIA, ED are being used to target the people who are speaking against the government and fascist forces which should be opposed and condemned by all Indians. 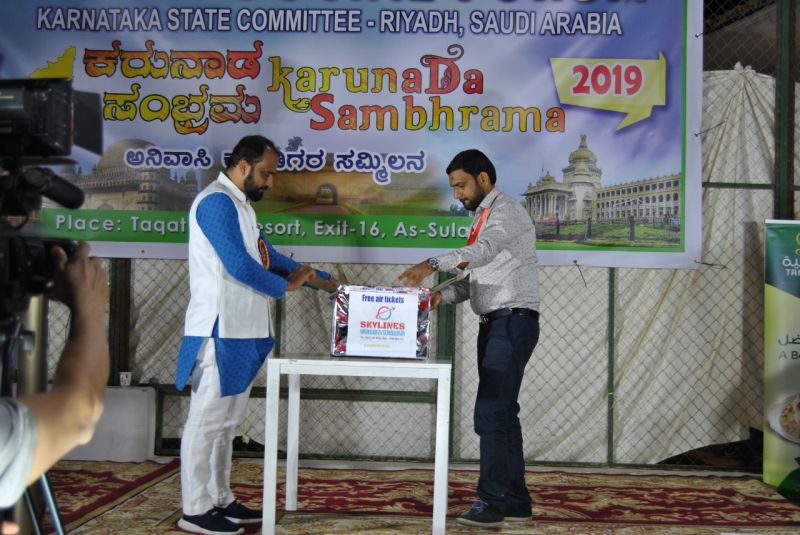 He explained how the proposed NEP (National education policy), Citizenship amendment bill (CAP) and how it is dangerous for the nations diversity, expressing the concern over recent judgements of Supreme court, he condemned the Babri Masjid judgement and how the Disqualified MLA’s of Karnataka were permitted to contest in elections even after upholding the disqualification.

He also Quoted the statement of Rtd. Judge A.K Ganguly who expressed concerns over recent supreme court judgements and methodology of taking the decision.

He also expressed happiness over the performance of SDPI in recently conducted ULB elections in Karnataka and stressed that SDPI is a real alternative for the better of nation and to uphold the core values of India. 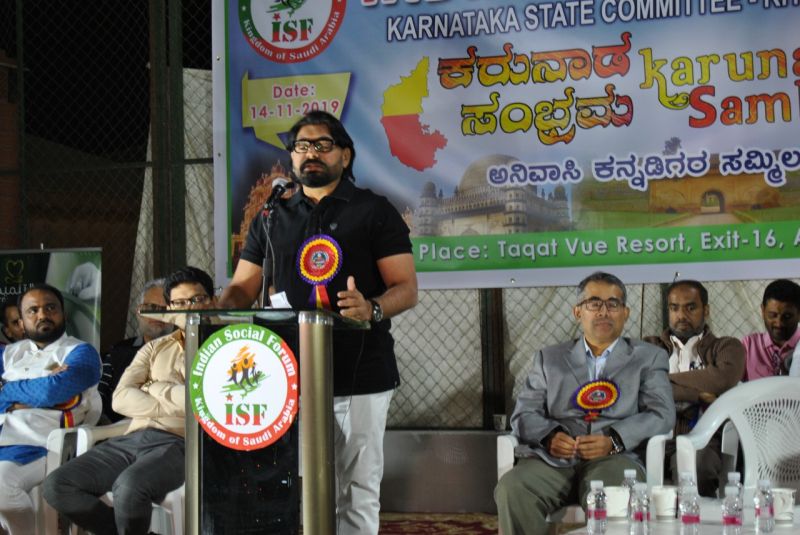 He asked secular ideological people should look forward to join civil services, Judiciary and administration, and contribute the cause of total empowerment and congratulated Indian Social Forum for their efforts in Nation Building and community welfare activities.

Mr. Yusuf Wallan, President Hidaya Foundation Riyadh urged the expat organization to get united for common cause work with coordination, he also appreciated SDPI for their struggle and congratulated for the performance and said that the fascism will perish very soon. 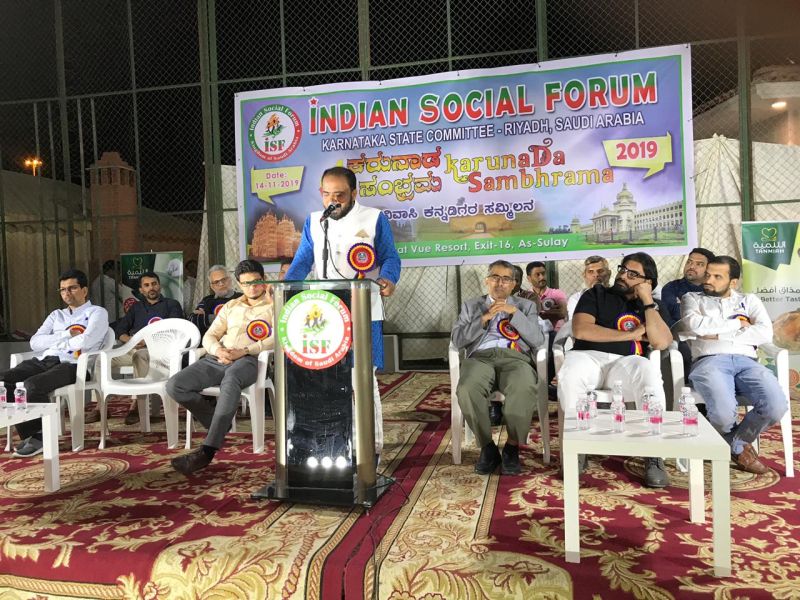 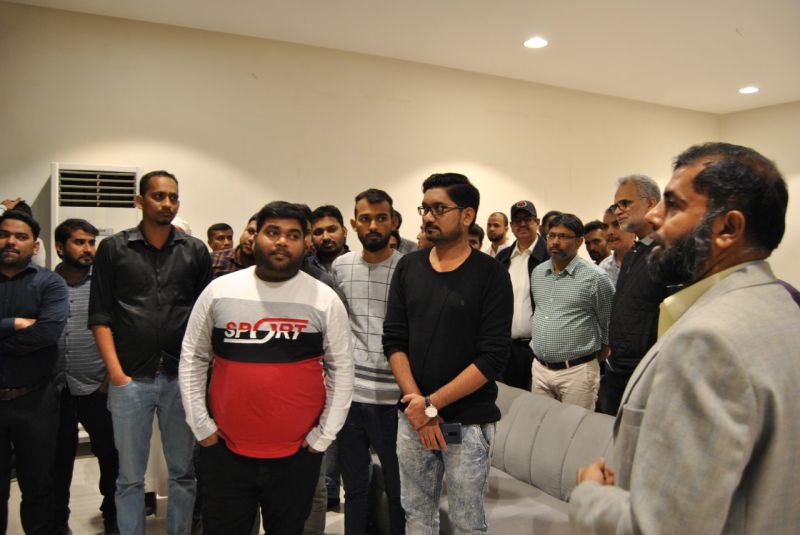 Siraj Presented the vote of thanks, Thajuddin was Master of ceremony.

Cultural events like, Singing, Traditional Duff, Drama were also the center of attraction which won the hearts of people Gathered.