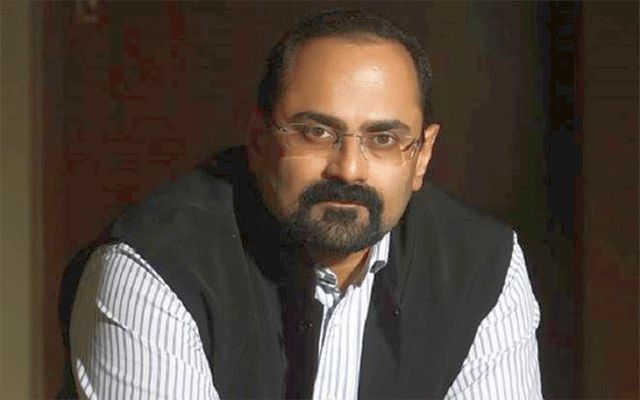 “Though the United Nations has been trying to outlaw and declare Azar a global terrorist, China is the only country repeatedly blocking India’s bid to get such a resolution passed,” said Chandrasekhar in a statement here.

JeM has reportedly claimed responsibility for the Thursday’s terror attack on a CRPF convoy near Awantipora in Kashmir’s Pulwama district in which 45 of its troopers died and many injured.

“China’s culpability in allowing Azhar to roam around and mount terror attacks against India must be accounted. Heading the Pakistan-based terror outfit, he lives and moves freely in Pakistan,” said Chandrasekhar.

Exhorting India to hold Pakistan responsible for Azar’s conduct and support to his terror activities, the industrialist lawmaker said China is the principal financial sponsor of Pakistan, which is bankrupt and run by its Army to pursue a perverted objective to avenge its defeat in the 1971 Bangladesh war.

“Pakistan has a perverse way of looking at issues and approaching things even as the US signals withdrawing from Afghanistan. As Pakistani Army fears a power vacuum in the war-torn country, it wants to occupy it by keeping India and its troops engaged with terror attacks in Kashmir,” the MP said.

Calling upon the political parties to be united in the war against terrorism, the city-based MP said though Pakistan failed militarily and through covert wars over the decades, India should avenge the sacrifice of the CRPF troopers through all means and force at its disposal.

“We must focus our anger and angst on Pakistan and China as a tribute to the CRPF troopers and others who laid down their lives to protect our country and secure our borders,” Chandrasekhar added.