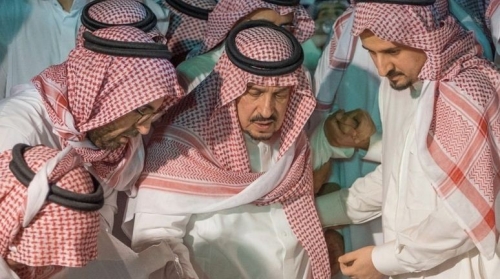 The body of late Prince Bandar bin Abdulaziz Al Saud was buried in the cemetery of Adl in Makkah.