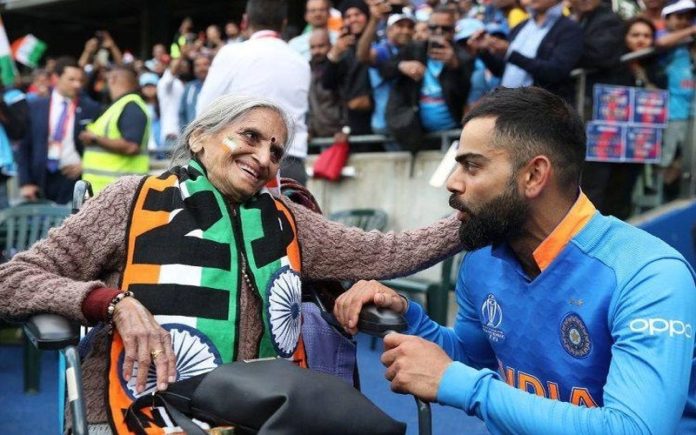 London (TNM): As the Indian players left the field after the win against Bangladesh on Tuesday, captain Virat Kohli and man-of-the-match Rohit Sharma headed straight to Charulata Patel, who had earlier caught the eye of cricket fans for her support of the Indian team. 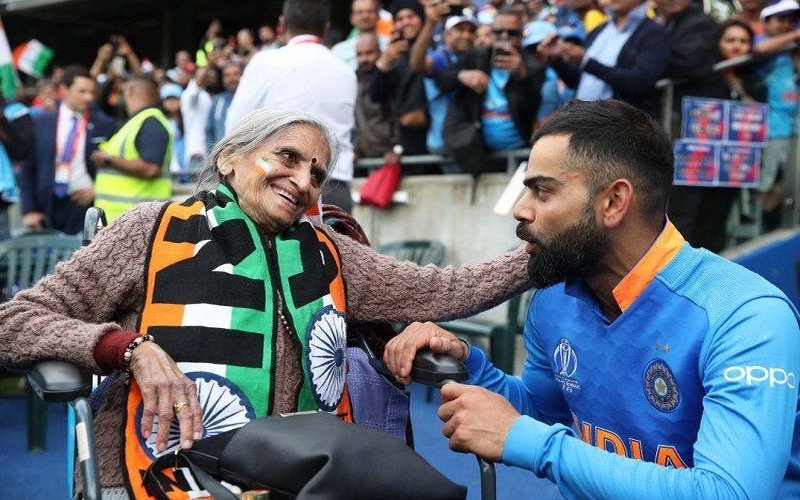 Throughout the game, the television cameras kept panning to the 87-year-old fan as she was seen enthusiastically cheering on the Indian team and even blowing a trumpet. Her enthusiasm was noticed by commentator Sourav Ganguly and the former Indian captain helped viewers identify the fan.

“When Kapil paaji won the World Cup in 1983, I was there as well. Whenever Indian cricketers come over (to England) to play, I pray for them. I am a big believe in Lord Ganesh and I have full faith that India will win. I bless the players, I hope they take care, do well and give us a chance to win,” she told ANI. 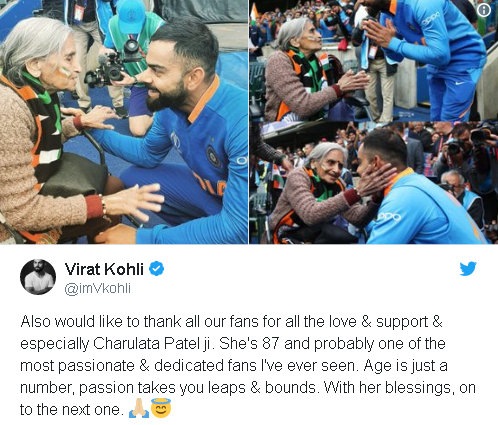 “Also would like to thank all our fans for all the love & support & especially Charulata Patel ji. She’s 87 and probably one of the most passionate & dedicated fans I’ve ever seen. Age is just a number, the passion takes you leaps & bounds. With her blessings, on to the next one,” he said.