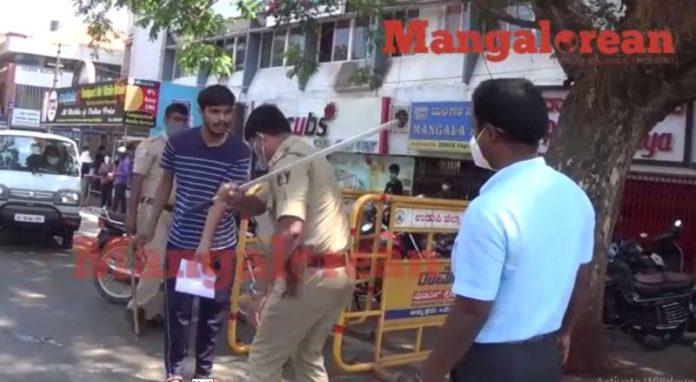 Kundapur: The Police have registered a case against youth for violating the lockdown order on March 26. 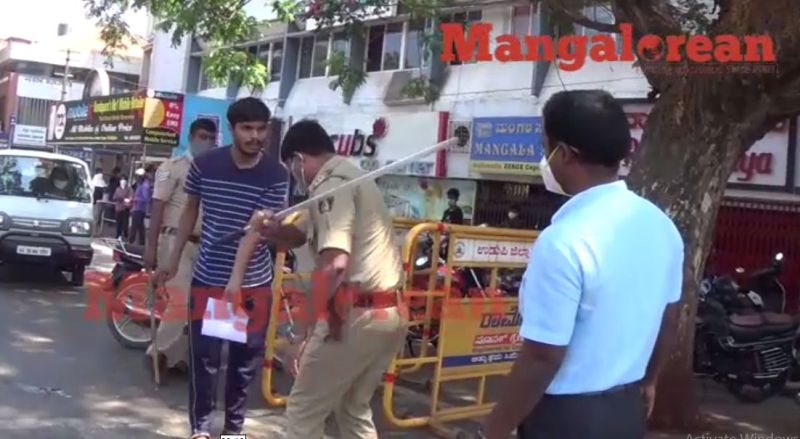 On March 26 morning, Kundapur Sub Division assistant commissioner Raju along with Kundapur PSI Harish and team were on rounds at the Kundapur Shastri Circle. They were trying to convince the people not to come out from the houses during the Lockdown.

An Engineer, Vishwanath (23) resident of Uppinkuduru was roaming in his bike unnecessarily without wearing a mask. When the Kundapur PSI Harish Naik asked him to wear the mask, the youth misbehaved with the duty officer. The police officer then resorted to lathi-charge against the youth.

Kundapur Sub Division assistant commissioner Raju who was on the spot instructed the police officials to book a case against the youth.

The Kundapur Police registered a case against the youth under IPC Section 269, 353.

The police caned those unnecessarily moving on the roads. People, especially the youth who could neither explain the reasons for their movement on roads nor their destination, were caned by the police on the third day of Lockdown in Udupi district.