Mangaluru: The Bantwal police have arrested three youth in connection with the life threat to District Youth Congress President Mithun Rai on May 27. 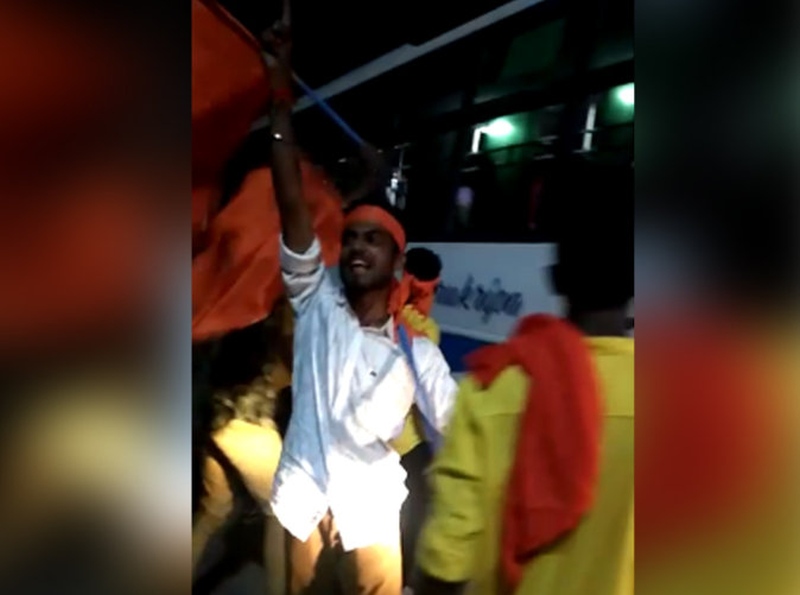 The arrested have been identified as Sachin (25) from Bantwal, Karthik (30) from Kasargod and Nishsanth (23) from Bantwal.

On May 23, the counting of LS polls was held and the BJP won with a huge margin in the country. On the same day, the Badakabail committee BJP workers celebrated victory at the Badakabail Junction. During the Vijayotsava one of the Bajarang Dal activists is seen using foul language and life threat to Mithun Rai saying, “If Mithun Rai involves in Bajrang Dal matters we will cut off his hands and legs and also his head if necessary”.

Three idiots. There is no space for violence and threat in a secular democracy. Good job by police.

Jobless youth. Hope Modi govt generates enough job opportunities for people like these. So that they indulge in productive activities rather than criminal stuff like this