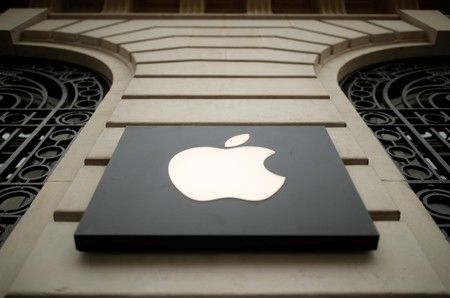 Make Mac Pro parts in the US or face tariffs, Trump warns Apple

Washington: US President Donald Trump has threatened to slap Apple with tariffs on the components of its high-end Mac Pro computer, the most expensive of the company’s products. If it finally decides to shift production from the US to China.

“Apple will not be given tariff waiver, or relief, for Mac Pro parts that are made in China. Make them in the USA, no Tariffs!” Efe news quoted the US President as saying on Twitter on Friday.

Immediately after Trump’s message, the value of Apple shares dipped slightly on the Nasdaq index where shares of the main technology firms are traded.

As The Wall Street Journal reported last June, Apple plans to move production of its Mac Pro computer from the US to China, despite the trade war between the two powers.

According to the New York daily, which cited “people familiar with the matter,” Apple has chosen the Chinese contractor Quanta Computer Inc. to produce the new Mac Pro at one of its Shanghai plants near other factories that already make products for the firm.

The Mac Pro, whose latest model was presented at the Apple Worldwide Developers Conference (WWDC19) early last June in San Jose, California, is a computer conceived basically for specialists in video design and edition, at a price of $6,000.

This is the last large device that Apple still makes in the US – but since it is a luxury item, production is relatively small – so the tech giant of Cupertino, California, has decided to move its manufacturing at a time of high trade tension between the United States and China, and is weighing the possibilities that it will be slapped with higher tariffs.

For that reason, last June the company managed by Tim Cook asked in a letter to the US government that it refrain from imposing new tariffs on imports from China, since that would be disastrous for such Apple products as iPhones, iPad tablets, Mac computers, AirPod wireless headphones and Apple TV media streaming devices.

In the note, addressed to US Trade Representative Robert Lighthizer, Apple asked him directly not to impose tariffs on those products.

Washington and Beijing got into a trade war in 2018 that led Trump to impose tariffs on all Chinese goods imported annually into the US, which are worth some $300 billion, while the government of Chinese President Xi Jinping did the same with US products valued at $60 billion.

At the recent G20 Summit last June, Trump and Xi came to a trade truce, after which no further tariffs have been levied, though the ones already decreed remain in effect.