Mangaluru : Addressing the media persons during a press meet held at Mangaluru Press Club, Narendra Kumar, the President, Nagarika Shakti, Bengaluru, and also associated with Karnataka Ward-Samithi Vedike said, ” This is to inform you that members of KWSV have decided to make formation of Area-Sabhas and Ward-Committees in Mangaluru, an election issue, where Candidates will get support from us, only if they sign an affidavit, promising Ward works to happen through Ward-Committees and Area Sabhas” 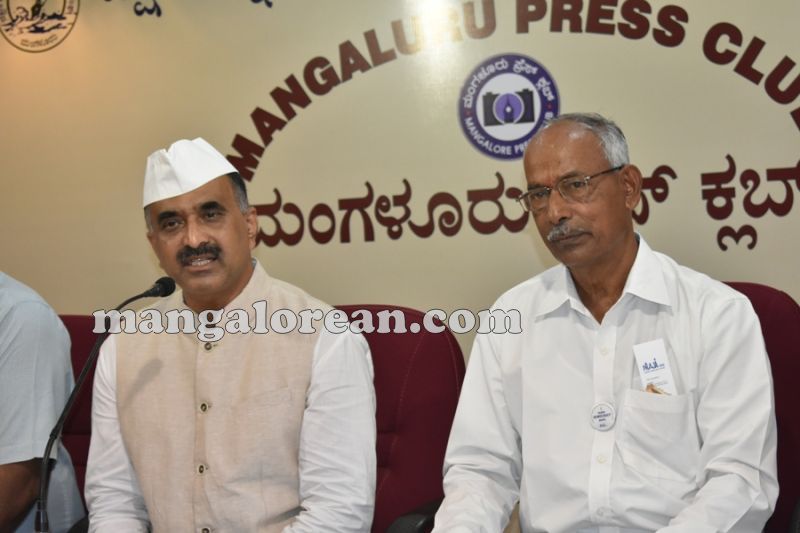 He further said, “Even after 74th Constitutional Amendment and Amending the KMC Act in 2011 the Ward Works are being decided by Corporators alone, resulting in haphazard growth of the city and rampant corruption. The citizen suffers, not only bad roads but also bad planning, which happens at the whims and fancies of Corporators and their cronies. This is despite the KMC Act mandating, formation of Area-Sabhas (AS) & Ward-Committees (WC) in every city with 3 Lakhs plus Population. As the Municipal Corporation Elections are being held and new Council will be elected, we expect formation of Area-Sabhas and Ward-Committees in all 60 Wards of Mangaluru”. 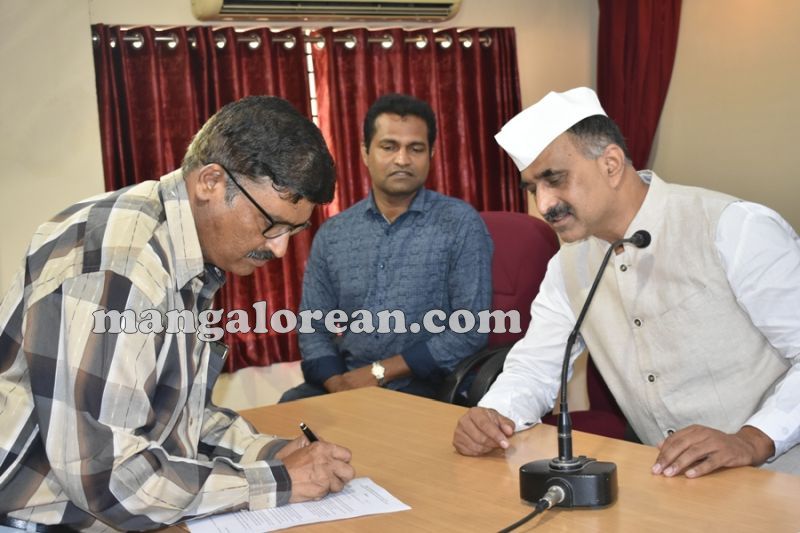 “We will meet Chief of all political parties contesting elections and educate them about governance through AS & WCs. We will also spread the message through Social Organizations and Resident Welfare Associations to vote only those Candidates, who promise to include Citizens in committees. The KMC Act mandates all Ward-Developmental plans originate through Area-Sabha meetings, where voters decide where to spend the money and then the Ward-Committees not only passes the plans but also monitor them. With citizens planning and monitoring the execution, there will be organic growth of every ward and citizens will get the amenities they decide and not what the Corporator wants” added Narendra Kumar. 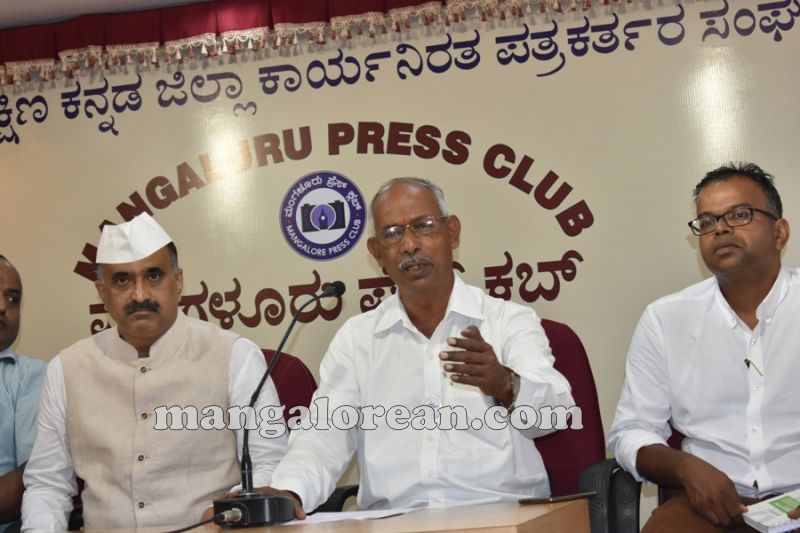 Also speaking on the occasion, Nigel Albuquerque, the Founder Member of MCC Civic Group said, ” By forming Area Sabha and ward Committee, it will not only stop corruption, but also ensure good quality work and money spent on useful purposes. We are also giving a memorandum to the Commissioner with suggestions to: 1. Form Area-Sabhas (comprising of 1-5 Polling Stations), to be notified in all 60 Wards. 2. Corporation to publicize & invite applications from Citizens to become AS & WC Members. 3. Applications should be Scrutinized using well defined Selection / Rejection criteria. 4. Not to include Family, Friends and Party Workers of Corporators, and 5. Check Authenticity of all AS & WC members before publishing their names in the final list”. 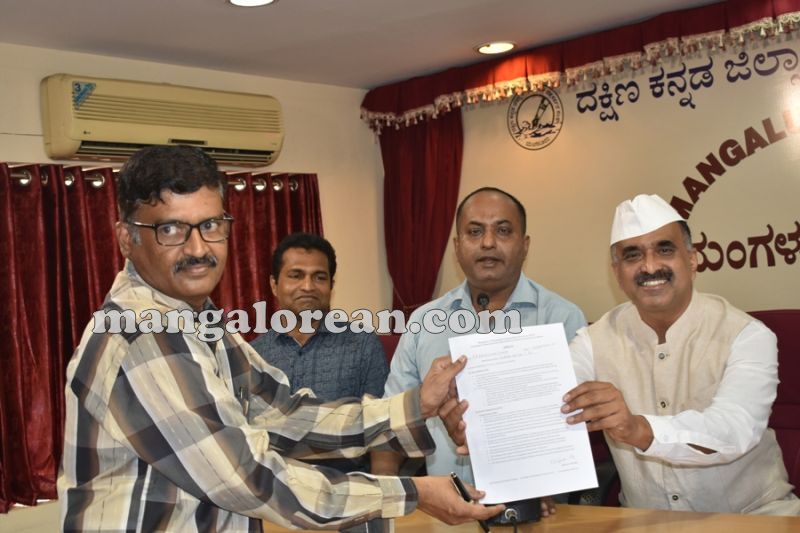 “MCC Civic Group had filed series of PILs, where Hon’ble High Court has ordered formation of AS & WC in Mangaluru, immediately after Elections. Another PIL is seeking the same for other 10 cities of Karnataka, will be heard on 5 November 2019. We hope that with your support, in future, all Ward Works will be decided by Citizens of Mangaluru! Former Mayors and corporators have fooled the citizens in many ways, and they are still not keen on forming AS & WC, for the fact they can’t make extra pocket money. We will fight for the right cause, for which we need the support of the contesting MCC Council election candidates, along with the citizens of Mangaluru. Together we can a make a difference, and this City Corrupt Free ” added Nigel. 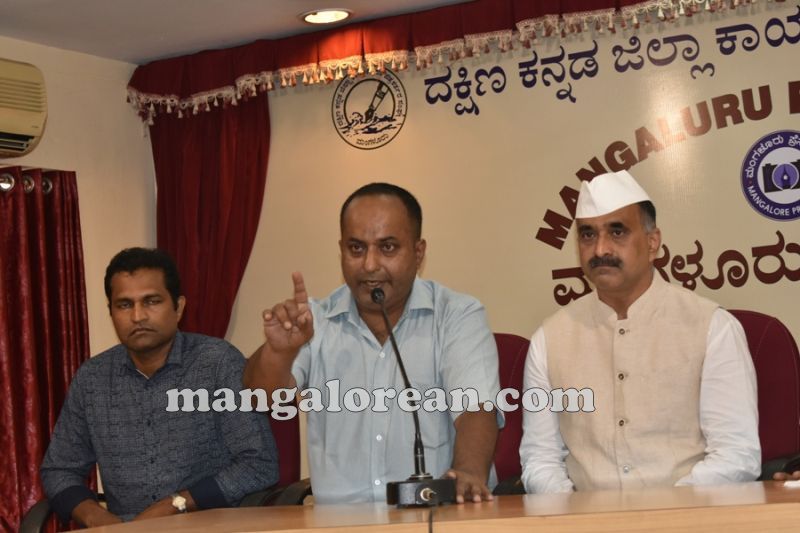 An affidavit of MCC Council elections 2019 where the contesting candidate’s commitment to form Area Sabha and ward Committee, and the first affidavit was signed by Independent Candidate Er Rajendra Kumar, contesting from Ward 33. Padmanabha Ullal, Ajoy D’Silva and Roopan Fernandes, all active members of MCC Civic Group were present on the dais during the press meet.

Following is the copy of the Affidavit :

On Area Sabhas (AS) • I will recommend names for selecting AS Representatives (ASR) within 90 days of getting elected. • I will follow a democratic and transparent process of calling for applications from citizens for the post of AS Representatives. • I will ensure that non-political, service-minded persons are recommended for the post of ASR and refrain from recommending my family members, relatives and party supporters.

• I will support and ensure that the Area Sabhas perform the following functions: o Forward proposals for development programs to be implemented to the Ward Committee; o Conduct social audits of works taken up in the ward; o select eligible persons from the area for beneficiary-oriented schemes of the Corporation; o Cross verify eligibility of persons getting welfare assistance or subsidies from Govt and submit list of ineligible beneficiaries, if any, to the Ward Committee or the Corporation; o Identify deficiencies in water, sanitary, street lighting etc. and suggest remedial measures; o Allow Citizen’s to have a say on all development works as mandated by KMC Act.

On Ward Committees (WC) I shall ensure that:

• Ward Committee meets every month on a fixed day, such as the first Saturday of the month; • Notice of the meeting with agenda items is issued at least one week in advance and publicized in the ward office and other government offices to enable public to attend the meeting; • Grievances are registered, with tracking number, discussed & resolutions passed during the meeting; • Action Taken Reports are provided on all resolutions of WC during the next monthly meeting; • Decisions at the WC meetings are taken by the majority of members present in the meeting; • WC collates all plans submitted by Area Sabhas and forwards Development Scheme to Corporation for allotment of funds;

• WC gets all information of Developmental Works, including estimates, work orders, bills / vouchers, & all sources of funds for the ward, for it to ensure proper utilization of funds allotted to the ward; • WC approves list of beneficiaries, as submitted by Area Sabhas falling under that ward; • WC supervise all programs and schemes being implemented by the Corporation in the Ward; • WC scrutinize list of ineligible beneficiaries submitted by AS and submit it to the Corporation; • WC manages water supply and sewerage maintenances in the ward; • WC ensure proper solid waste management and sanitation work in the ward, including its Locations; • WC recommends disciplinary action against officials not implementing the resolutions passed by WC. Signature with date

By Karnataka Ward Samithi Vedike, for Citizen’s Participation in Governance, as mandated by KMC Act.