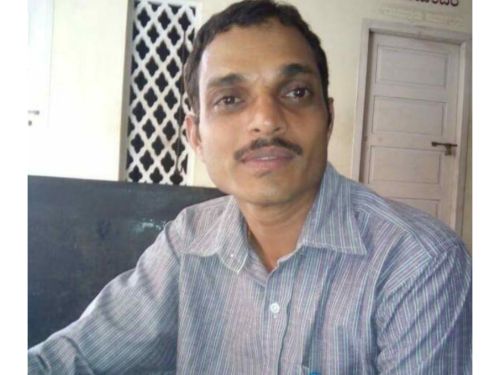 Medical Rep Dies in a Road Mishap at Santhekatte

Udupi: A medical representative was killed after a car collided into his bike on Natiional Highway 66 near Ashirvad Talkies, Santhekatte on Saturday, August 25.

The deceased has been identified as Uday Achar (40) a resident of Bannadi near Kota.

According to the police, Uday Achar was on his way to Udupi when a speeding car rammed into his motorcycle. Due to the impact Uday Achar was thrown to the road. Locals immediately rushed him to the hospital, but he breathed his last on the way.

Uday Achar is survived by wife and two daughters

A case has been registered in the Udupi Police Station.