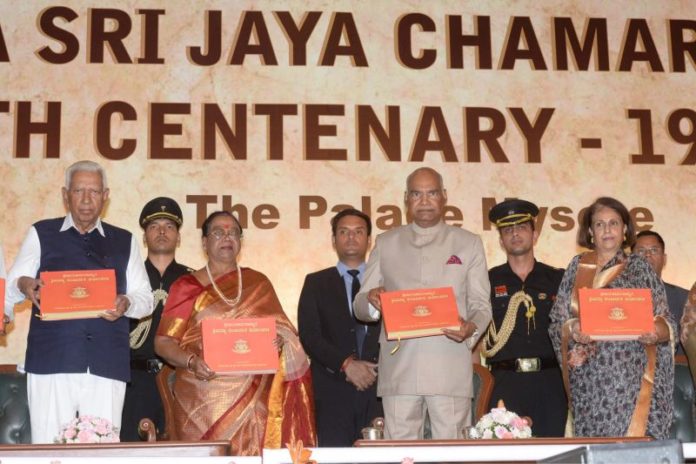 Bengaluru: Mysore Maharaja Jayachamaraja could be best described as the most eminent monarch-democrat, President Ram Nath Kovind said at his centenary celebrations on Thursday. 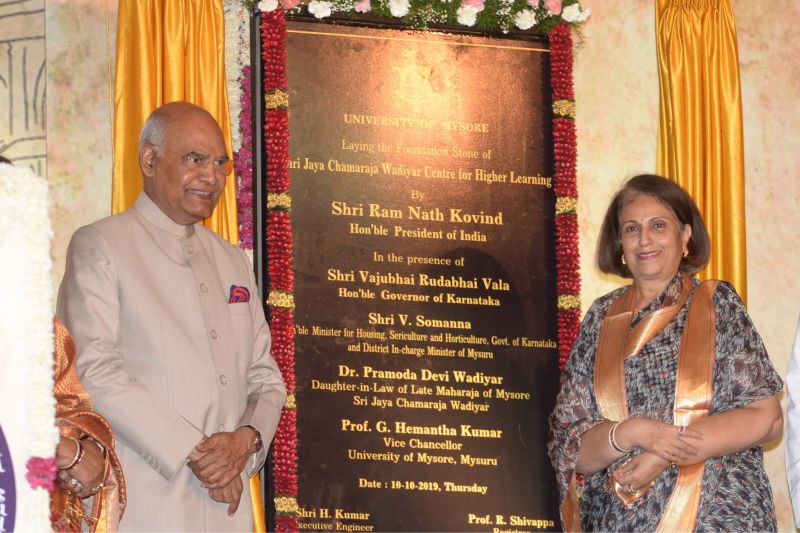 The President gloriously invoked Jayachamaraja as an exceptional ruler and an able administrator at the illuminated and decked up Amba Vilas Palace in Mysore, located 150 km from Bengaluru.

Soon after being crowned the Yuvaraja on September 8, 1940, Jayachamaraja enforced a reformed constitution in the Mysuru state and proclaimed that “The torch of constitutional progress has been handed down to me as a family heritage. It is my ambition, as I am sure it is yours, to ensure that its light does not grow dim but will burn ever brighter with the passage of time… “

The President highlighted that the ruler of the Myusuru state was one of the first kings to join the Indian union through the Instrument of Accession, soon after India achieved independence.

“He should be thus regarded as the icon of India’s transition to democracy,” the President said. 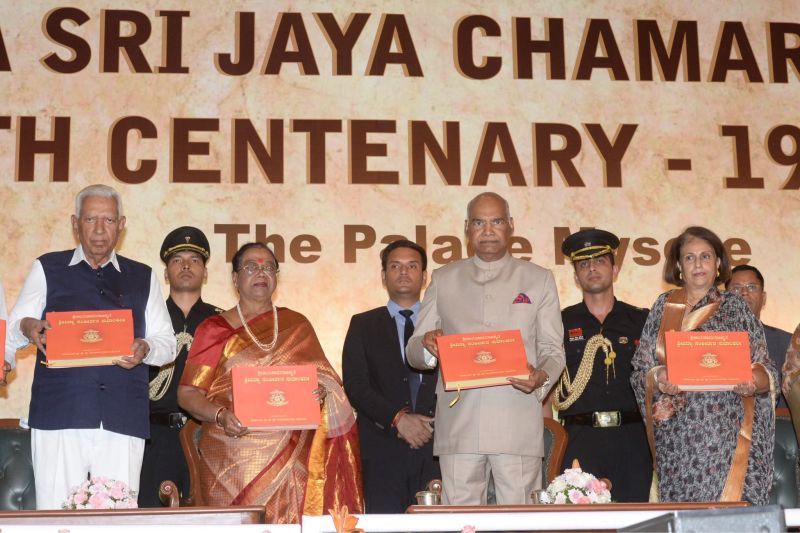 After merging with India, Jayachamaraja was appointed Rajpramukh till November 1956.

Later, owing to his fame, he was made the Governor of the newly carved out Mysore state, to hold that position till May 4, 1964.

“Can we think as to what is unique about this land that nourishes the best of social values and impulses? That was exactly what drove a Maharaja to put his people first,” lauded Kovind pointing out to the democratic ethos deeply rooted in Karnataka.

Further talking about Jayachamaraja, the President praised him for incorporating the local traditions and also adopting the good attributes of Western civilisation.

Jayachamaraja’s father Narasimharaja Wadiyar passed away when he was only 21, who soon faced another tragedy in the death of his uncle Maharaja Krishna Raja Wadiyar. 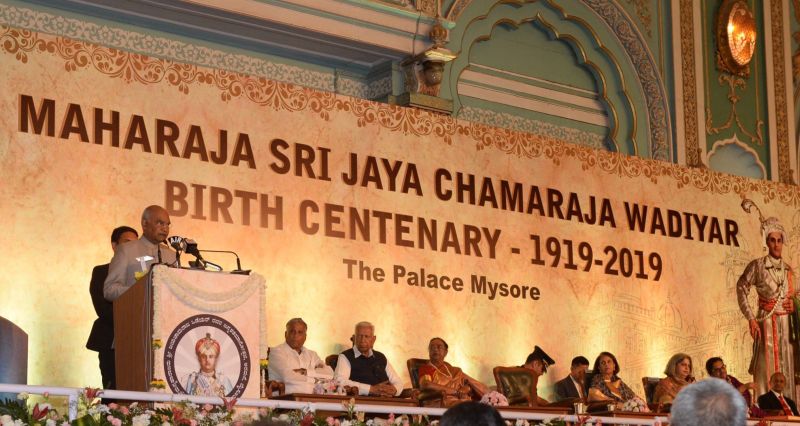 The city of palaces and the cultural capital of the southern state just hosted the world famous 10-day Dasara festival on Tuesday, with a victory parade from the palace to the Bannimantap grounds across the city.

In his address on the occasion, the President, who reached Karnataka on a three-day visit on Thursday, said that Maharaja Jayachamaraja Wadiyar (1919-74, reigned 1940-50), was an exceptional ruler and able administrator, as well as a noted philosopher, music exponent, political thinker and philanthropist.

When India won independence, he was the first among the rulers of India’s princely states to accept the Instrument of Accession, Kovind said.

“The Maharaja signed the pact on August 9, 1947 and the Union Government accepted it on August 16. He should be thus regarded as the icon of India’s transition to democracy. His pioneering contribution to the unity and integrity of the newly independent nation will never be forgotten,” he added.

The President also said Maharaja Jayachamaraja Wadiyar, who remained titular maharaja till his death in 1974, was not only an exceptional scholar of Indian philosophy himself but also promoted scholarship through the “Jayachamaraja Grantha Ratna Mala”.

“His support for entrepreneurship is also an inspiring story. As the ruler of the Mysore state, he actively encouraged the establishment of an industrial facility in Bengaluru by a company called Hindustan Aircraft in 1940 which become Hindustan Aeronautics,” Kovind added.