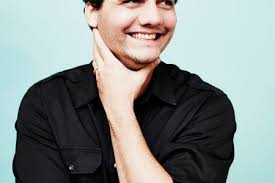 ‘Narcos’ star Wagner Moura: I am a political artiste

New Delhi:  Brazilian actor-director Wagner Moura, globally popular as the Colombian drug lord Pablo Escobar in the hit series “Narcos”, has strong opinions about his home country’s current government. He calls himself a “political artiste” and says it breaks his heart to see a country declaring war on culture and artistes.

Moura turned director this year with a film titled “Marighella”, based on the life and struggles of Brazilian politician and guerrilla fighter Carlos Marighella. It’s travelled to various film festivals, including the International Film Festival of India (IFFI), but it’s yet to get a theatrical release.

He says it breaks his heart, not only because of his film which is facing hurdles for its release.

“It breaks my heart. The situation that we are facing in the country. It breaks my heart to see a country declaring war on culture and artistes, but that’s something that’s very… if you look at the history of Fascism and Fascist governments, you will see that war against culture and intelligence is common in this kind of a government,” Moura told IANS.

Talking about his film, he shared that “Marighella” can only release in another country if it hits the screens in Brazil first.

“We still don’t have a release date. We used to, we were supposed to release on November 20 but after the film was cancelled, we don’t have another date. The film was sold to different countries but distributors have their hands tied,” he said.

But he will never give up and will “do my best for the film to release in Brazil. This is very important for me”.

The bitter experience has not discouraged him from taking up political films in the future.

“I am a very political person, therefore I am a political artiste. I see the world politically and I will keep on doing political films,” said the “Elite Squad” actor, whose initial films include a romantic-comedy titled “Woman on Top”.

He is willing to take up any film that has a human story but the way he sees the world, the things that he will produce, he thinks they will probably have political elements.

Why not join politics then?

“I think I am already doing politics, not necessarily running for a political thing (office) but doing films, the kind of films I do, talking about them, being vocal about the things that I believe in,” said Moura.

So no plans to join a political party? “No, never because I am an artiste. This is what I love to do. I don’t want to lose my freedom of doing what I do because I’ll be like having to respond to the public job. I am not made for that at all,” he explained.

“Firstly, we are badly… the amount of Latinos in Hollywood films is like really low. The last thing I read, it said five percent of the characters of Hollywood films were Latinos. The worst part is not even that.

“The worst part is the way they are seen in films. They are very stereotyped like the violent guy or the sexy Latina girl which we all are. We can be sexy and violent. People can be that all around the world. I wanna play a doctor or an engineer, and speak with my accent because, the US is a country which is historically a place where people from all around the world go to live in. We are not inventing something. The American culture is full of different accents, beliefs and race. My plan is to just show them,” added the artiste, who has produced and acted in a film about Brazil-born United Nations man, Sergio Vieira de Mello, who was killed in Iraq in 2003.

He is reading a lot of scripts right now.

“If the character is interesting, that’s the way to start. It is essential for me to play an interesting character. It doesn’t need to be central. There is no such a thing as a small character. There are good and bad characters,” said Moura.

He is also set to return to the “Narcos” franchise. Netflix’s “Narcos Mexico”, a spinoff of “Narcos”, has been renewed for a second season and it will have Moura as one of its directors.

“I am pretty much honoured and happy to be associated with that show. They (the makers) saw my film (‘Marighella’) and they liked it and they thought that it could be a good idea to have me back in the show as a director. I was happy to,” he said.

He will be directing two episodes of the series. Without revealing more, he shared that “it’s going to be an awesome season”.