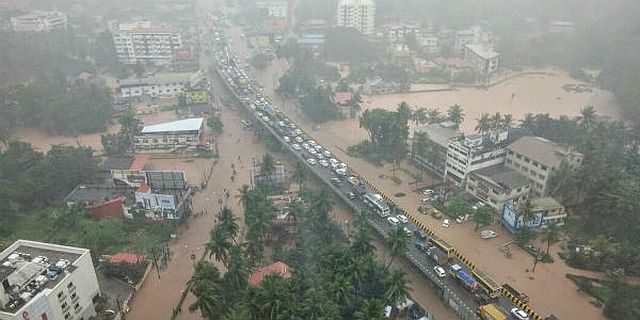 Mangaluru: Following close on its heels after Team Mangalorean had published an article yesterday “National Environment Care Federation Slams MCC Engineers for Negligence towards Open Drainage”, where NECF had highlighted about the negligence shown towards Open Drainage in Mangaluru by the HIGHLY PAID but LAZY Engineers of Mangaluru City Corporation- now Team Mangalorean brings you yet another report where NECF has renamed Smart City as “SMAR(AKA)T CITY’ (Memorial City), because every project or development work is undertaken by MCC under the guidance of “Smart?” Engineers have turned out to “Relics”, “Memorial”, “Remembrance”??, rather than serving any purpose to the Citizens. 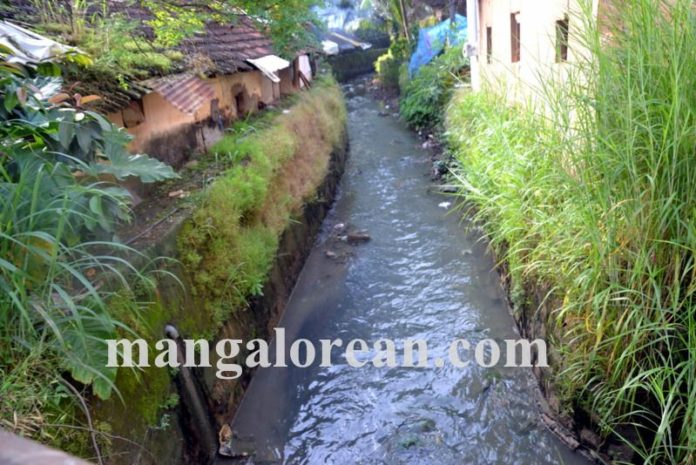 Just look at the drainage and footpath that were constructed recently under the Smart City Development Project- none of them are completed fully to the norms- there is no nor beginning to these footpaths and drainage. Look at the new roads- there are broad for a few distance, then they become narrow, and then again broad…., and none of these roads have a proper footpath for the safety of the pedestrians; Look at the infrastructure- none of the new buildings.apartments are constructed as per the rules, some don’t have proper parking facilities, etc – but they all get licences to go ahead with their projects- with hand-in-hand cooperation between MCC officials and Builders/Owners. 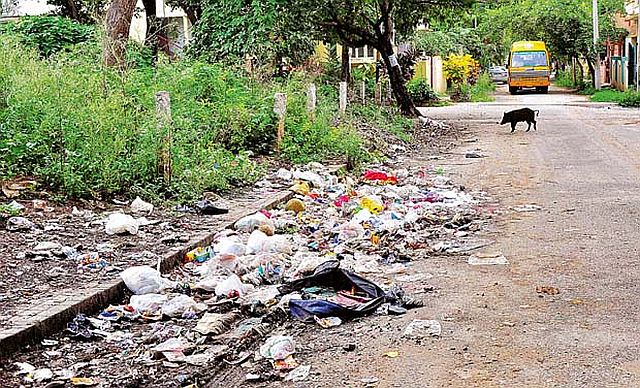 While last time we highlighted about the bunch of Open Drainages, snaking through residential areas, and even between large commercial buildings that symbolize ‘hi-tech Education Hub-Mangaluru’, stormwater drains leave an unpalatable stench in their wake, which has turned into cesspools of filth and sewage, thereby creating odour- in this report NECF is highlighting the non-systematic and irregular drainage that have been constructed in the MUDA areas, and other Townships, where there are good chances of over-flow of water once the heavy monsoon starts. In spite of the floods that had buried the Kavoor-Kottara areas last monsoon, still, the Engineers have not come up with a proper solution to prevent such disasters happening again. 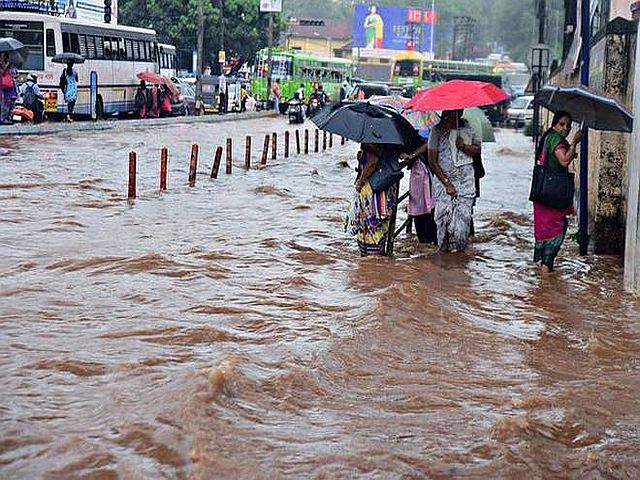 Still, drainage has been constructed without keeping any people’s safety in mind, and very soon we will be seeing once again the repeat scenes of 2019 floods if the present situation of the new drains is not rectified prior to heavy downpour. Is anybody listening in MCC, since there is no DAD or MOM, I mean to say, Mayor or Deputy Mayor’, to take any action? Probably DC who is in charge at the moment of MCC has to take quick action so that no flooding takes place due to improper planning of the coming out of these open drainage. Or he will have to announce School/College HOLIDAYS when there are signs of heavy Rains?? You know what I mean. But sadly no attempt has been made to rectify this issue since years for an environment point of view as well as sociologically.

In conclusion, a befitting reply should be shown to the candidates contesting for the corporators post in your ward- support the person only if she or he, is suitable to listen to your grievances and solve the civic issues- if not stay indoors, and don’t answer the door when they come to ask for your support. Let them solve the civic problems that are pending for years.

Watch the video by Sashidhar Shetty

Mangalore is the only place in the world where there are roads without footpaths.