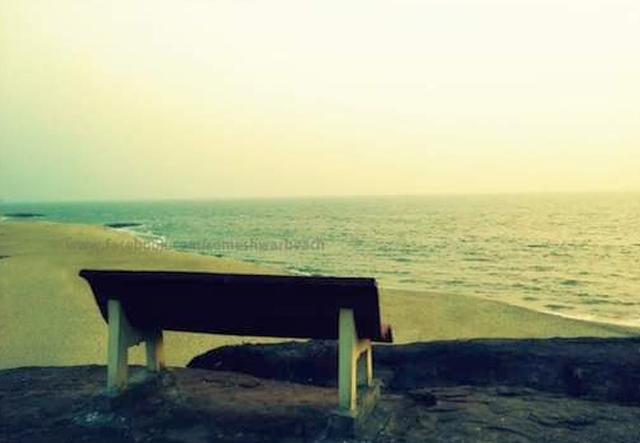 Once upon a time in Mangalore….

Decades back we moved to mangalore city, leaving behind our native place, right in time to start our schooling.

Sometimes all we can do or have to do is relive our younger days by retelling every old anecdote, tracing to the days of yore with hazy memories.

Those were the enticing 80’s.

Since we dwelt in the heart of the city, there was easy access to everything and sundry with scores of houses in the vicinity.

We were accustomed to our rising hours to the screeching of the alarm clock at home, but our pattern would vary during holidays, whenever we visited our grand mother’s village.

The cock next door would let out a loud shriek at 3 am, echoed by its fellow mates afar, stirring us off from our deep slumber!

The cock was used to its standard schedule.

Once in our grandma’s village, we would trail behind her, whenever she set out for the weekly village fair, the Saturday market.

It was customary during those days that whenever visitors from nearby towns came calling to the city they had to be escorted to the theatre. “Protocol” couldn’t’ be violated. There was no dearth for theatres even in those days and in the bargain, we would get to watch countless movies. The perplexing question was whether to watch a Hindi film or a Kannada one.

The movies doing the rounds those days in every language were the “lost” and “found” theme.

Two brothers split up in a massive crowd and meet up decades later.

The son who “lost his way” invariably ends up rattling the bar cage. (who unfortunately turns into a Don).

Whilst the other sibling outside it flourishing a cane with a leg upraised on a chair. (Mama’s boy who eventually turns a cop). Good vs Bad.

The pathetic plight of the mother with her tear jerking scenes torn between the siblings and the frantic car chases..all well worth the ticket fare.

Since traffic was on the lighter side, road crossing wasn’t a hurdle, contrary to the jam packed crowds as of now.

Our passion for books would see us burn the midnight oil, but usually, they were for the best sellers from the library, owing to the 7-day deadline and also for the fear of being fined by the be-spectacled librarian.

The library being our most favoured haunt.

Our house had a large compound and we romped about with a dozen other children in the vicinity during holidays.

With the holidays on, we would set up 3 bricks in the backyard, lop off dry twigs from the trees, lit it and place a pot over it where we threw in onions and tomatoes and cooked a stew whose fragrance emanated all over.

With the dusk falling our maid would heat up the large brass cauldron for a refreshing hot bath with the smoke out-going from the chimney atop.

At times (we siblings) would pester the coconut climber to drop tender coconuts for us, before the “take off” and when he did drop them at our insistence, he would be reprimanded for the same by the older folks at home after the “landing”.

Once a blue moon, a lanky guy from somewhere showed up in our neighbourhood whenever he had a drink or two, would install himself beside a coconut tree and break into the latest Bollywood numbers.

The moment a semi-circle of passers-by bound around him, the pitch rose skywards. As to why he found solace beside the coconut tree was a mystery.

Come holidays and it was nothing but to sit in the doorstep witnessing the arrivals and departures in the neighbourhood, and we would make a sudden retreat inwards when eerie looking bearded mendicants showed up at the gate.

Another substitute for the doorbell was the clicking of the gate latch which alerted us.

During Navratri who enthralled us, were the men in colourful masks depicting various mythological characters across the street.

The frequent power-cuts at dusk, saw some of our neighbourhood friends congregate in our front yard under the moonlit sky.

Occasionally when we went to exhibitions normally held at Nehru Maidan our feet would lag behind every stall and would come out only when we were dragged out with a scold.

Though now away from the place for years, memories still hang on….