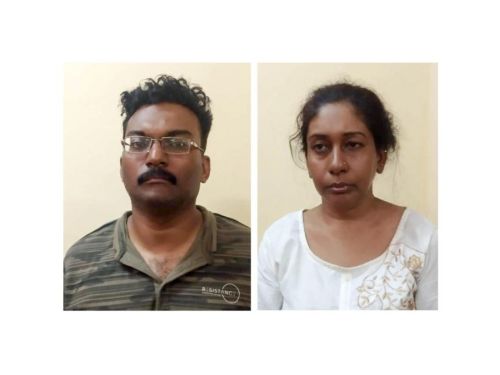 Bengaluru: The Malleswaram police have arrested a woman and her friend for allegedly honey trapping and trying to extort a professor of Rs 1 crore. The accused are Leena Kavitha and Pramod Kumar. Leena Kavitha runs an agency that provides nursing staff to hospitals and Pramod Kumar used to run a software company, which shut down as it was running into losses.

Police said that the complainant, who works as a professor in a private college, filed a complaint on October 17. He stated that her son got in touch with Leena’s daughter through a dating application. The girl recorded videos of them being physically intimate, which was later used by her mother, Leena, and Pramod Kumar to blackmail the complainant. They said they would share the photos and videos on social media if they refuse to pay Rs 1 crore.

“She approached the police and filed a complaint. Based on that, both of them were arrested,” the police added.