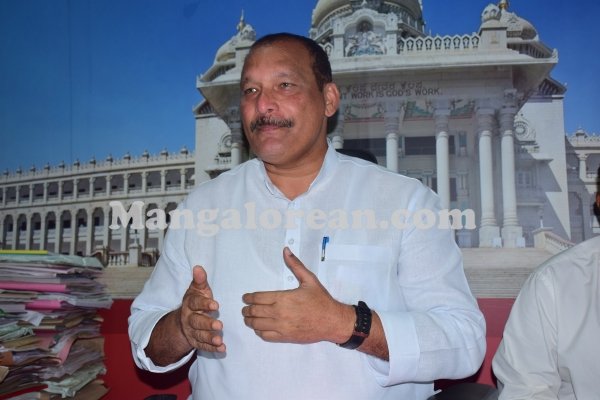 Mangaluru: “BJP is directly responsible for the present political crisis in Karnataka. BJP leaders tried to destabilize the government through operation Kamala. When they failed in their attempt, they further tried to bribe our MLAs with a huge amount. Later our party MLAs were taken to Mumbai by special flight with the aim of joining them to the BJP. This is the first time in the history of Karnataka, BJP tried to show the majority by forcing our MLAs to resign from the party. Prime Minister Narendra Modi and Amit Shah are directly responsible for the present political crisis in Karnataka”, alleged Parliamentary Secretary and Chief Whip Ivan D’Souza in a press meet held at his office, MCC Building Lalbagh here on July 13. 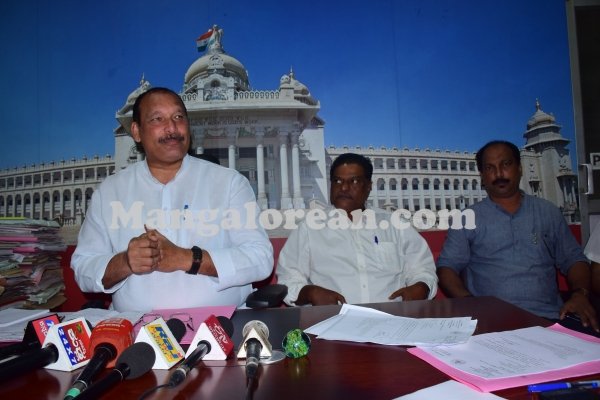 Addressing the mediapersons Ivan D’Souza said, “In the Assembly elections BJP did not get the majority and they tried to buy the MLAs through operation Lotus and failed in their attempt. The State BJP president BS Yeddyurappa’s audio clips on ‘Operation Lotus’ were exposed by Chief Minister HD Kumaraswamy. But Yeddyurappa had said that it was a conspiracy to blackmail him. Yeddyurappa had admitted that the voice in the audio clip belonged to him but the PM Modi nor Amit Shah took any action against him which shows the cheap politics played by BJP leaders. BJP leaders are also aware that the Coalition government led by Congress and JD(S) is giving good governance. Last time the BJP tried to destabilize the government through operation Lotus but this time they played cheap politics by bribing the rebel MLAs of JD(S) and Congress.”

Ivan further said, “BJP leaders bribed the rebel MLAs but they will not succeed in their attempt. This is a murder of Democracy. The rebel MLAs were taken to Mumbai by a special flight and later presented before the speaker. The SC has directed the IGP to provide police protection to the rebel MLAs. In a democracy, MLAs should resign voluntarily or with genuine reasons but here the MLAs are coming with police protection and tending their resignation which is the first time in the history of Karnataka. The speaker has taken the right decision to check why the rebel MLAs tendered their resignation. The speaker has the right to investigate why the MLAs had resigned. MLAs involved in anti-party activities should be disqualified. The Speaker of Karnataka should deliver a landmark decision in this regard which should be a model to the whole country. We will take this matter very seriously and expose the BJP and this will start from Karnataka.”

When asked about the resignation of Ramalinga Reddy, Ivan said, “Ramalinga Reddy was upset because his seniority was not considered. Since he did not get the post of a minister he was not happy with the party. The BJP bribed 10 MLAs including 2 ministers, BJP leaders should think that R Shanker is a congress member and he has been taken to the governor to tender his resignation. R Shanker should have tendered his resignation to the speaker. Is it not misuse of the governor’s office? Ramalinga Reddy is still with us. We are taking steps to disqualify the rebel MLAs who have tendered their resignation.”

Yes, let’s blame the pastry man for obesity. You do not take responsibility to the fact that you could not hold your flock together, You give tickets to the harlots who sell themselves to the highest bidder and now call a press conference to cry foul? That said, BJP is digging its own grave, albeit in slow motion The harvest will be ready during the next general election after all human nature of Indians never changes no matter who runs the party helms Let’s continue to watch the dombarata. News channels are outright speculating about the possible developments and not… Read more »