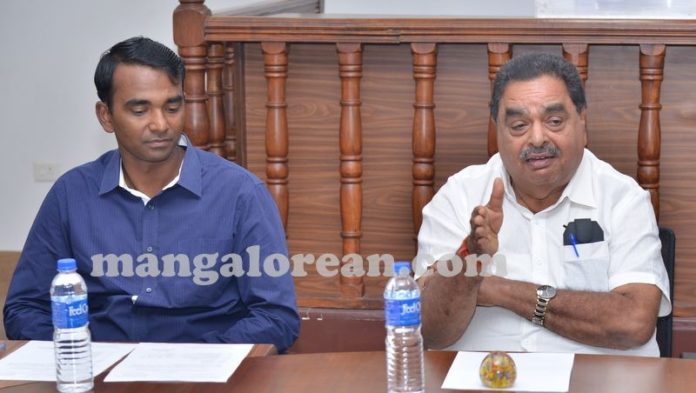 Proposal for 4 lane road from Kavoor to MIA – Minister Rai

The construction of the Deputy commissioner’s office was the first issue discussed at the meeting. The PWD engineer Khantharaj said that tenders are being called for the DC office complex project in Padil.

To construct a swimming pool of international standards at Emmekere was also discussed. Deputy commissioner Dr Jagadeesha said that the state government has sanctioned Rs 5 crore for the Swimming pool.

Ramanath Rai said that work should be started with whatever funds we have received from the government. We will request the government to sanction more funds to complete the Swimming pool project.

Rai also said that to build an Ambedkar Bhavan there was no availability of land, various organisations who had demanded to build the Ambedkar Bhavan had identified a place for the project. We had then approached the chief minister and convinced him to provide the same land. With our efforts, we have succeeded in getting the same land for the Bhavan.

Rs 5 crore was reserved for the Pilikula Urban Hath and Aquarium, but now since the estimated cost is Rs 18 crore, the Ministry of Environment & Forests department has agreed to sanction the funds for the project.

Ramanath Rai said that during the reconstruction of Shiradi Ghat road, we cannot close the road completely as there are thousands of vehicles using the road. He also said that there is a proposal to construct a Sports Complex at Benjanapadau. A proposal has been sent to the PWD to construct a four-lane road from Kavoor to the entrance of Mangaluru International airport. The total cost for the four-lane road will be Rs 22 Crore. To start the bus stand work at Pumpwell, the MCC commissioner will meet the residents of the surrounding areas and negotiate with them before the acquisition of the land.

DC Dr Jagadeesha, officials from the Wenlock Hospital, PWD and others were also present.