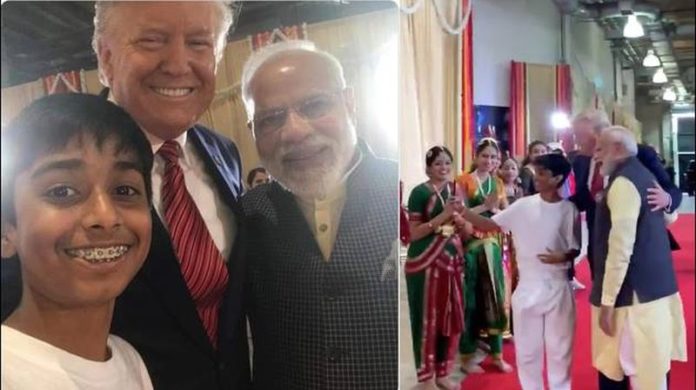 Mangaluru : Indian American teen from San Antonio-Texas, USA is making international headlines after he scored a selfie with two of the world’s most powerful people: President Donald Trump and Indian Prime Minister Narendra Modi. Satvik Hedge, 13, took the photo with the world leaders over the weekend in Houston at NRG Stadium, where tens of thousands of Indian-Americans had gathered for an event dubbed “Howdy, Modi.” The event was a celebration of Indian and Indian-American culture. The event saw Bharatnatyam, Garba, Mohiniattam and other dances. Hedge, whose family immigrated to the United States from India nearly 20 years ago, was in a line of performers as Trump and Modi walked by and greeted them. Hedge steps up and asks the pair for a selfie, according to a video posted to Modi’s official Twitter account. 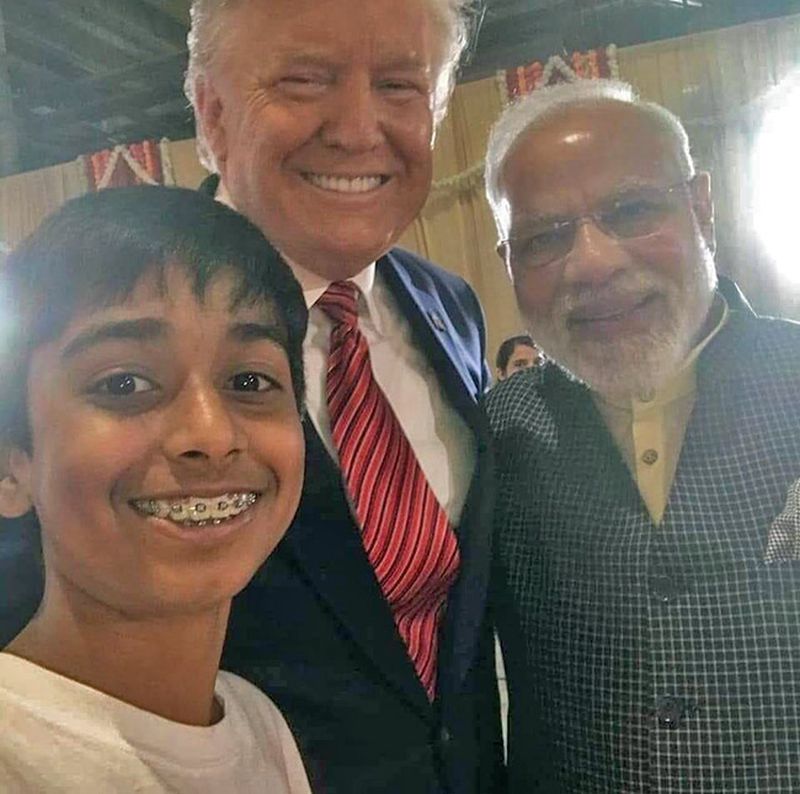 Hedge’s massive smile caught the internet by storm, with thousands liking and sharing the video of the encounter. His family spoke to The News Minute about the moment. “We knew that he was part of a yoga programme but in TV, we could not identify that it was him… We received the selfie on WhatsApp but when we saw it we were surprised,” the boy’s uncle told the online news outlet. “[Hedge] is disciplined and does all his work on time. Not just because he is my relative but because I cannot argue with him in our family! He has the knowledge that none of the others in the family have,” the uncle said. 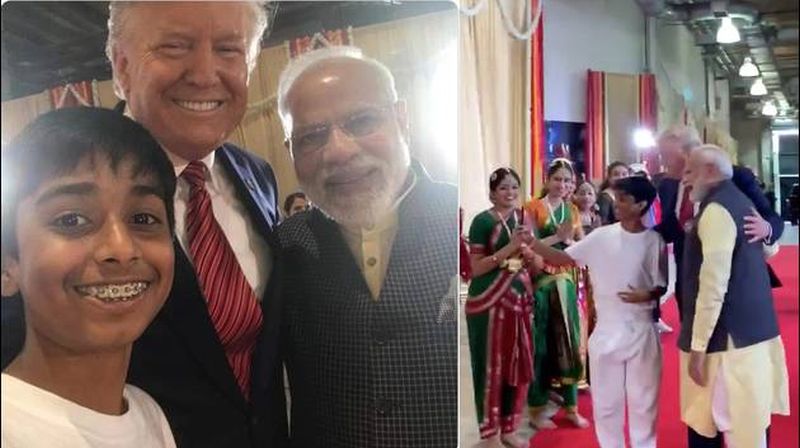 13-year-old Satvik Hegde was standing at the end of a line of children dressed in Indian garb as two of the biggest leaders in the world — US President Donald Trump and Indian Prime Minister Narendra Modi — walk past them. As they reach the end of the line, young Satvik, dressed in all white, boldly steps forward. A mobile phone in his hand, he asks the two leaders for a selfie. As Trump and Modi turn back to him, the girl who was standing next to Satvik, expresses the kind of shock that eventually rippled through the internet, her eyes wide and her hands covering her mouth in surprise.

Trump puts his hand on Modi’s back and they huddle together for a selfie. A video of the encounter has received thousands of shares on Twitter, and the photo of Trump, Modi and the braces-wearing boy, smiling widely, has gone viral. The boy, whose family hails from Karnataka, was a part of the yoga showcase at the massive Howdy Modi event, which saw over 50,000 people in attendance. Satvik’s family is from Uttara Kannada, Sirsi and moved to San Antonio, Texas 17 years ago. His father, Prabhakar, works for a private company and his mother, Medha, is a public school teacher.